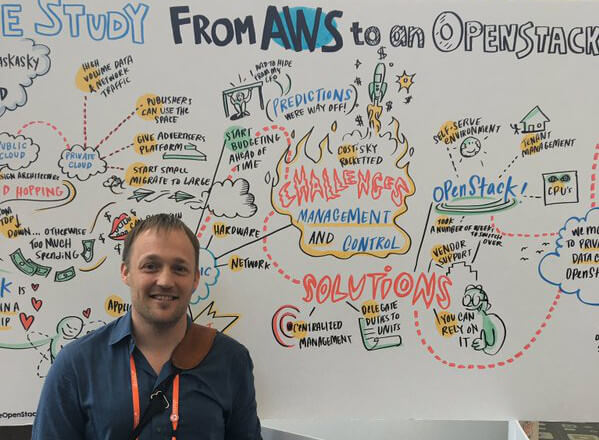 As platforms such as Google Cloud Functions and AWS Lambda have come into their own, it is clear that the rise of serverless computing is just beginning. However, there are still a variety of challenges within the serverless development space, encompassing issues such as package management, long-term dependency maintenance and how to make tasks once deemed boring or repetitive attractive to developers.

In this episode of The New Stack Analysts embedded below, The New Stack founder Alex Williams and Donnie Berkholz of 451 Research sat down with Ivan Dwyer, who is the head of business development for serverless computing software provider Iron.io, to discuss developing for today’s serverless environments, how integration and frameworks play a crucial part in today’s workflow management, and how the unification of these tools will better the community as a whole. The interview was recorded at OpenStack Summit 2016, held in Austin last month.

The changes to billing models on serverless platforms such as AWS allows for Iron.io to offer value at the business application level. Rather than basing its pricing on a metered scale, Iron.io offers a platform approach to billing, showing its effectiveness when utilizing system resources — But not charging customers for doing so. “In an OpenStack world, we know how much we have available through containerization and short-lived execution of jobs. We can point to how well you’re using what you have, but we’re not billing that way,” said Dwyer.

When tackling the issue of integration, Berkholz noted that developers have to be able to provide their services where the data itself resides. In a stateless environment, this is often difficult to achieve without some sort of strategy—Or a solid API. “With a sessionless approach it does come down to the integrations, and does it have an open API for shipping arbitrary events so you can plug in your own if you want to,” said Berkholz.

Iron.io approaches workload patterns and frameworks in its own unique way. Dwyer noted that rather than trying to turn apples into oranges by assigning a workload into a pattern which it may not fit, Iron.io attempts to bring those patterns first to the right workload. However, building and managing serverless applications still poses a challenge to developers today.

Dwyer explained that what’s lacking is primarily on the front end side, in how developers interact with and manage their serverless application. As a result, there will undoubtedly be even more frameworks, toolsets, and package management services designed around managing serverless applications well into the future. Dwyer notes that while these tasks may seem lackluster to developers, none of it is trivial. Ultimately, he emphasized that these ‘boring’ tasks are how they get to the enterprise.

Iron.io is a sponsor of The New Stack.