Is Hindsight Still 2020? Reviewing the Year in Tech 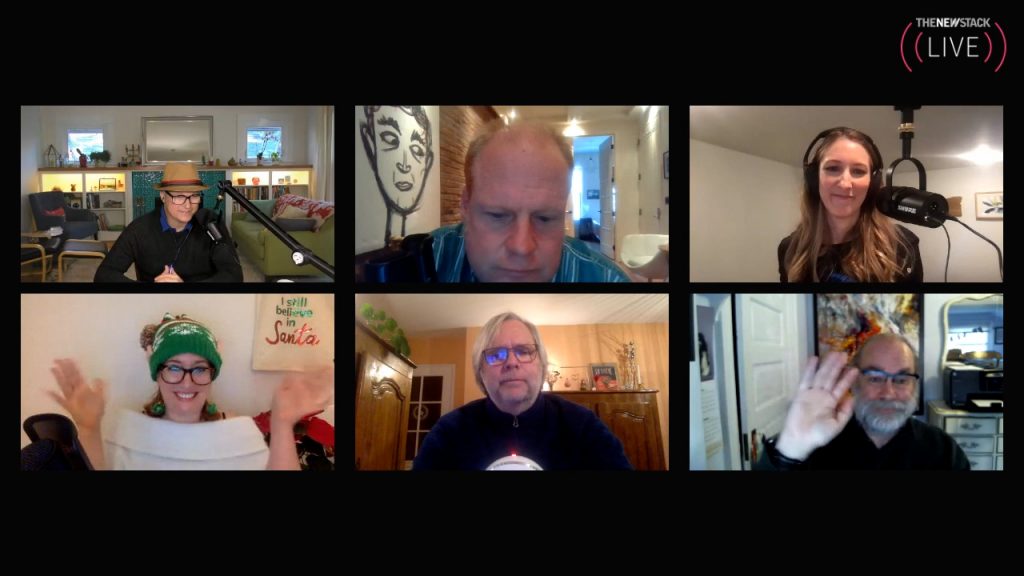 On the last The New Stack Analysts podcast of the year, the gang got together — remotely, obviously — to reflect on the year. And oh what a year! For technology, 2020 still had a lot of hits — and some misses.

Is Hindsight Still 2020? Reviewing the Year in Tech

We looked back on the year that saw millions die, no one fly, and a lot of jobs in turmoil. It was also a year that, while many things screeched to a halt, much of the tech industry had to keep going more than ever.

So what happened in 2020? We aren’t going to recap that roller coaster of terror. If you just woke up from a coma, we suggest easing back into the news as we experienced it, one long day at a time. Instead, let’s focus on the tech side of things.

We spoke about how Kubernetes isn’t going away, but teams are still willing to abandon it if it isn’t made easier for developers to use and if the many security kinks aren’t worked out. Jackson witnessed some movement away from Kubernetes directly and toward a Kubernetes overlay Crossplane and the associated Open Application Model. But we had to acknowledge how Kubernetes was also the common backbone of successful scaling when streaming and videoconferencing services saw an unprecedented surge earlier in the year. Jackson also pointed to a lot of Kubernetes action moving to the edge.

We got well into the weeds lamenting about how security still isn’t a priority. In fact, Vaughan-Nichols cited this developer survey that said only three percent are interested in being responsible for security. But Clark drew on The New Stack’s annual survey saying security is certainly a topic of interest to our audience. The industry has spent this year and will spend the next still searching for a better way to patch, and there seems to be a strong emerging trend of, as Jackson says, “Rust potentially overtaking C as a more safe, low-level programming language.”

Certainly, this was underlined by the year ending the “world’s biggest security failure” of hackers sneaking malware into a SolarWinds software update. SolarWinds has been notoriously anti-open source, while open source security experts like Kris Nóva and Ilkka Turunen argue that the many eyes of open source developers are security’s front line.

We also reflected on the energy around Black Lives Matter in the tech community and if it ended up mostly performative. And debated if this move to remote first was more or less beneficial for communities marginalized by the tech industry.

If there’s one thing we agreed on is that, despite working from home, the tech industry didn’t slow down. Just about everyone with a job in tech has been working harder than ever, seeing higher rates of burnout than ever. And across the board, we’ve spent the year interviewing members of our community who feel a sense of purpose and duty to keep the internet up and running.

In this episode, Jackson also chats about the future of the Linux kernel, Gain talks about the gaining popularity of DevOps, GitOps and service mesh, continuous delivery losing traction, and we all make predictions for 2021, and more!

Jennifer Riggins is a culture side of tech storyteller, journalist, writer, and event and podcast host, helping to share the stories where culture and technology collide and to translate the impact of the tech we are building. Currently in London,...
Read more from Jennifer Riggins
SHARE THIS STORY
RELATED STORIES
Case Study: How SeatGeek Adopted HashiCorp’s Nomad What Do 'Cloud Native' and 'Kubernetes' Even Mean? Devs and Ops: Can This Marriage Be Saved? Kubernetes Secrets Management: 3 Approaches, 9 Best Practices How Intuit’s Platform Engineering Team Chose an App Definition
SHARE THIS STORY
RELATED STORIES
Data on Kubernetes: How We Got Here, What’s Next Red Hat Helps Make Kubernetes Security More Accessible How Mirantis' Lens Autopilot Helped Choozle Scale Kubernetes How Golang Evolves without Breaking Programs Kubernetes and Amazon Web Services
THE NEW STACK UPDATE A newsletter digest of the week’s most important stories & analyses.
The New stack does not sell your information or share it with unaffiliated third parties. By continuing, you agree to our Terms of Use and Privacy Policy.