Is Low-Code and No-Code Adoption too Good to Be True?

An incredibly large number of developers and companies already use low-code or no-code visual platforms, depending on your definition of 'low-code' and 'no-code.'
Sep 9th, 2021 12:44pm by Lawrence E Hecht 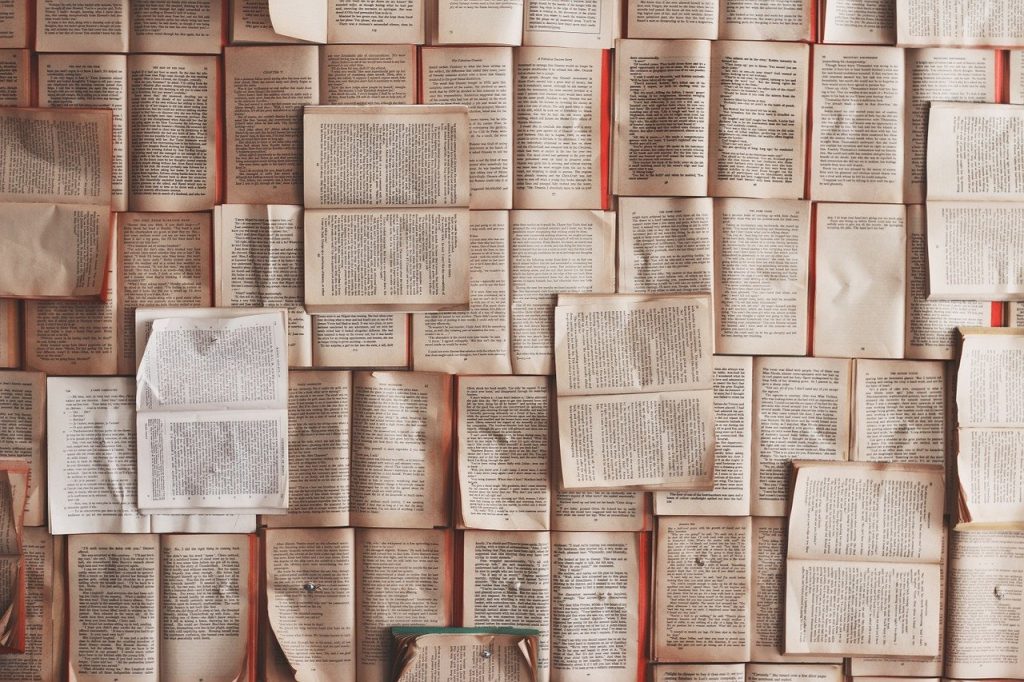 An incredibly large number of developers and companies already use low-code or no-code visual platforms, depending on your definition of “low-code” and “no-code.” Over 80% of the 672 respondents in DZone’s recent Low-Code Development trends report had previously used a low-code platform to build software, with 23% utilizing them often or all the time. Request handling and business process management are particularly valuable use cases that may be ripe for further adoption by a new round of developers.

Seventy-two percent of the more low-code platform users find them very useful for request handling and 66% feel that way about business process management. However, only 54% of developers with low-code experience have actually used a platform this way. Business automation hasn’t reached its true potential yet, and according to Mendix’s The State of Low-Code 2021, 59% of low-code projects are a collaboration between IT and business users.

The Mendix study used a broad definition of low-code solutions that included its approach to visual software development. Overall, 77% of the survey said their organization use low-code, but almost as many (72%) said it is a trend they can’t afford to miss out on. That is much higher than the 47% reported in a TechRepublic survey that uses low-code platforms and much lower than the 14% of developers worldwide that SlashData estimates regularly uses visual development tools.

According to the Mendix survey, low-code adopters are also seeing massive cost savings and returns on investment, which are why everyone must be saying they want to know more. We do too, but some of the numbers seem too good to be true. We look forward to seeing more data from longer-term implementations. 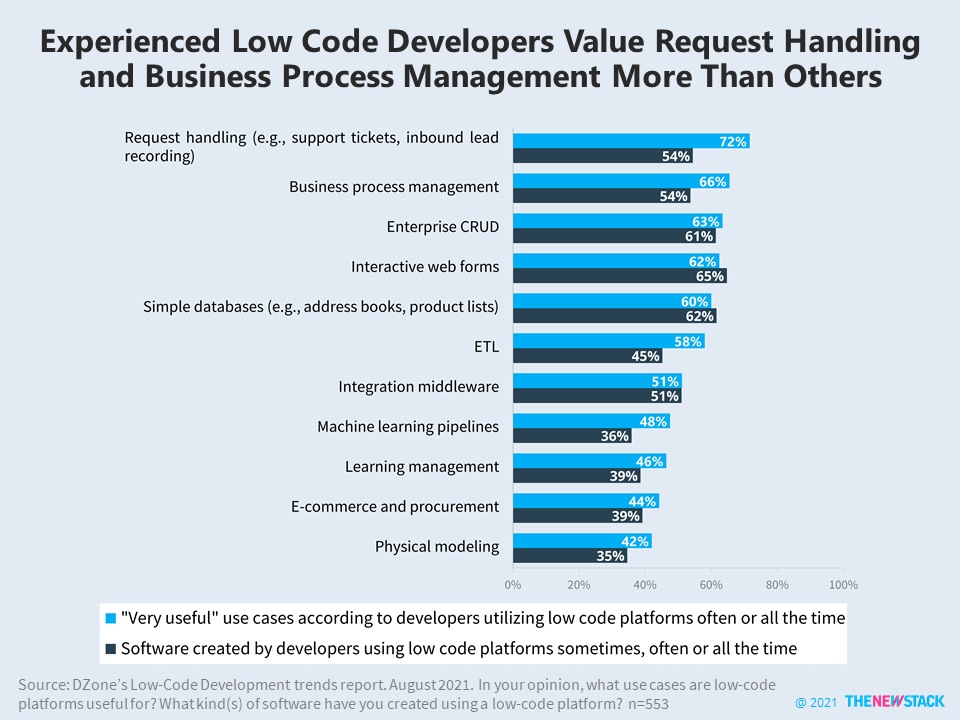 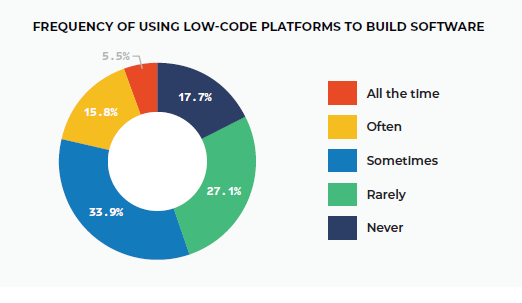