Is Salesforce Really Talking about a ‘DevOps Transition?’ 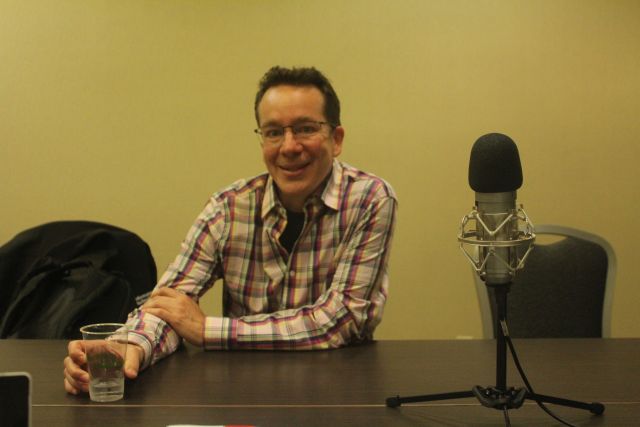 Is Salesforce Really Talking about a ‘DevOps Transition?’

The concept of business transition is so synonymous with Salesforce that a Google search for both phrases will automatically omit one phrase as being superfluous. So it will come as an absolute shock to perhaps several of our readers that Salesforce finds itself just as much a journeyman to the concept of the “DevOps transition” as any corporation on the planet.

“If it was three or four teams, we could have the build/test/deploy [pattern] easily,” said Byron Vonthal, product manager for CI/CD in the IT Department of Salesforce, in a wide-ranging interview for The New Stack Makers. “But with 65 teams, it’s hard to get everybody moving at the exact same pace. There are some teams that do this really well. They’ve got the build/test/deploy down. There are some teams that only have the build down, and that isn’t even incorporating their tests into the process.”

Salesforce ended up with such a plethora of development teams under Vonthal’s purview, among other reasons, because it is a cloud-native developer — because, partly on account of Agile principles, it felt the freedom to spawn Dev teams as necessary to build smaller projects, but more of them and faster. Again following the lead of many who themselves follow Agile, these teams adopted their own pace.

That’s a problem when you want to employ either automation to relieve humans from responsibility for undifferentiated tasks, or CI/CD to bring teams together under an orchestrated cadence.

So Vonthal helped Salesforce launch a development workforce-wide exam to determine each team’s relative maturity level. In addition, he told us, the company is now able to examine log data produced by Jenkins to determine how efficiently each team is performing, given its current operating constraints and expectations.

“Those that are far behind, we’re starting to reach out to those teams,” said Vonthal, “and say, ‘Hey, you guys need to bring your automated testing up to speed like everybody else.’ And the teams that are already doing the build/test/deploy, those are the teams we reach out to just to see what technologies they’re actually using. And we can say, ‘Hey, maybe that’s a good technology, we can actually implement some of that.’”

Find out more about how the DevOps movement could end up transforming Salesforce in more ways than for even an everyday tech firm, in this edition of The New Stack Makers.

3:11: Was there any challenge that Salesforce faced in implementing CI/CD in the way that you’ve done it?
9:18: How do you synchronize?
12:15: Picking standards and sticking with them in Operations
14:57: Why ‘the transition’ is never finished
17:21: Is this transition a goal that we have to continually uphold knowing that we may never get there?
20:38: Is there a future in mind for re-tooled AS-400 infrastructure professionals?

Scott M. Fulton III leads the developer content team at Neo4j, and before this, was a 37-year veteran producer and editor, including for The New Stack, where he created the Context podcast. He produced the Scale blog for ZDNet, was...
Read more from Scott M. Fulton III
SHARE THIS STORY
RELATED STORIES
Platform Engineer vs Software Engineer CyberArk Decreases Cognitive Load with Platform Engineering Top 5 Considerations for Better Security in Your CI/CD Pipeline How Yarn Workspaces Accelerated LinkedIn Code Delivery Golden Paths Start with a Shift Left
TNS owner Insight Partners is an investor in: The New Stack.
SHARE THIS STORY
RELATED STORIES
2023 Will Be the Year FinOps Shifts Left Toward Engineering Platform Engineering Benefits Developers, and Companies too 5 Security Principles to Guide Your DevSecOps Journey A Platform Team Product Manager Determines DevOps Success Crossplane: What Most People Get Wrong (and How to Get It Right)
THE NEW STACK UPDATE A newsletter digest of the week’s most important stories & analyses.
The New stack does not sell your information or share it with unaffiliated third parties. By continuing, you agree to our Terms of Use and Privacy Policy.