Is Tech’s 4-Day Work Week Coming? Not Yet, but Stay Tuned.

Working four days a week isn't always as great as it sounds, and it's still not common. But it offers advantages for tech employees and as a recruiting tool.
Jul 21st, 2022 9:28am by Jennifer Riggins 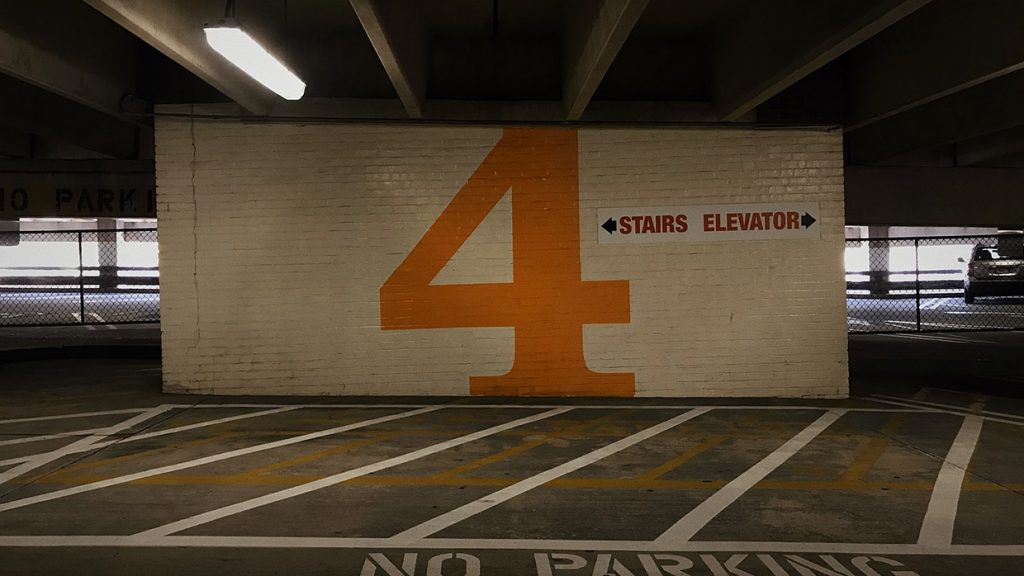 The battle to attract and retain tech talent is on. With it, we see reports of a four-day work week being adopted by some organizations — and a lot of emerging interest in the practice.

Some companies, like Buffer and Bolt, have adopted a permanent 32-hour work week, while others, like Toshiba, offer a 40-hour, four-day one.

It’s not always as great as it sounds. “In the face of inflation, some companies have shortened the work week rather than increase pay,” said Jacqueline de Rojas, president of the techUK membership organization, at June’s London Tech Week.

Are companies offering it to really foster work-life balance, or are they just trying to evade pay raises? Is this really flexible work, or just burnout triggers in sheep’s clothing?

As offices around the world look for ways to experiment with four-day work weeks, let’s examine how it works.

Origins of the Four-Day Work Week

Consideration of a four-day work week goes back about a hundred years, to when Henry Ford implemented the five-day work week for his autoworkers, scaling back from six. The concept has been floating around the tech industry since software consulting began.

Typically, for knowledge workers, a four-day work week runs Monday through Thursday, and, until very recently, was a condensed 37.5-hour week in the U.K. and 40-hour one in the U.S. and much of Europe. This is sometimes called “Summer Fridays” where people either work longer days the rest of the week or choose to work only half time on the fifth day.

Now several companies and even governments are considering reducing the work week to 32 hours — a reduction of 20%.

It brings to mind Google’s old promise of 20% time, when Larry Page, the company’s co-founder, allowed employees to spend 20% of their time innovating over what they think would most benefit Google, even if was completely outside of their roles’ purview, forging cross-company collaboration and partnerships. Google News, Gmail and AdSense all have origins in this hacker time.

In 2013, Google took a step back from this offer, but didn’t necessarily wipe it out. It’s sort of evolved into some freedom to experiment or to learn, but less officially so. Note, this is not a working-hours reduction, but it does stand to reason that the expected delivery would be scaled down by 20%.

The 80/20 Rule, or Pareto Principle, which argues that 80% of consequences come from 20% of the causes, is often cited as an argument for a 20% reduction in working hours. Except that it’s reasonable to assume some reduction in productivity alongside time. Of course, there’s an argument that perhaps automation, artificial intelligence and/or outsourcing could supplement where needed.

Microsoft Japan experimented with a four-day work week in August 2019, and saw a 40% productivity jump. But any test needs to run longer than that to generate reliable results. Fortunately, several experiments are kicking off now around the Global North.

Why Cut a Day of Work?

There is plenty of research tying a four-day work week to an increase in benefits to companies, colleagues and the climate. If companies can squeeze more productivity out of their employees without raising capital expenditures, there’s an obvious upside. It also means an employer doesn’t have to necessarily pay to heat or cool an office, or to employ full-time ancillary staff like reception, security and cleaning.

Most motivating right now, with the great tech talent gap: it could be easier to attract and retain talent with a four-day work week.

For employees, this means longer weekends and more free time for passion projects and side hustles, volunteering, caring for others and yourself. And, for the many that have been mandated back to office, it means another day without a commute. (Of course, a four-day week might also give the environment a break from commuter congestion, too.)

Whether it has benefits or not, a four-day work week isn’t the same as flexible work. It may bring creative boosts or help with burnout — and, when done right, it will reduce the number of or length of meetings. But this shift doesn’t have a direct link to contributing to a more inclusive workforce. Inclusion increases with truly flexible work, where employees can work when they want, where they want.

It also just makes much more sense to allow tech workers to work when they are most productive and measure output, not hours put in. Successful knowledge workers have a sense of self. Trust them to determine how, when and where they are most productive. Teams can still agree on core hours in which members will make themselves more available for meetings.

Around the globe, some experiments are underway to test out the four-day work week concept.

California is currently considering a bill to change the legal workweek for companies of 500 or more employees to 32 hours.

Most notable is the six-month pilot program of 4 Day Week Global, kicking off in the U.S. and Canada, Australia and New Zealand, the United Kingdom and Europe. This collaboration between the think tank Autonomy, the 4 Day Week Campaign, and researchers at Cambridge University, Oxford University and Boston College is believed to be the largest known experiment focused on the four-day work week.

How a Four-Day Week Works

As part of this trial, Scoro work-management software just kicked off its first Friday-free, 32-hour working week at the start of July.

Scoro’s choice to move to a four-day work week is supported by a mix of its own employee data and data from the 20,000 users worldwide, proving how less productive Fridays are:

Of course, flexibility will inevitably vary by where your employees are based, but Scoro is one of the multinational organizations that are defaulting to the place of most flexibility.

“Being part of a global initiative like this is something really exciting, especially as I am based in the U.S., where the statutory holiday laws are quite restrictive,” Phil Georgiadis, a New York-based sales rep at Scoro, told The New Stack. “These extra days of holiday will definitely change the way I am able to enjoy my life outside of work.”

Scoro has begun developing and iterating over a four-day work week framework for organizing time-saving methods after cutting 20% of employees’ time:

Instead of the more common practice of taking off Fridays, Marketing Signals, a U.K.-based search engine consultancy, has added 30 minutes to each working day and split its 43-person team in half to provide full weekday coverage:

This means teams alternate a regular two-day weekend with a four-day weekend.

In his LinkedIn announcement, Managing Director Garth Hoyle was transparent about the motivation for this move: “This should lead to a more productive, happy and loyal team along with a nice hook for the recruiting of our future superstars!”

A month after that announcement, a competing SEO firm, Search Intelligence, also announced it was cutting its Fridays. Both firms have moved to 32-hour work weeks with the same salaries.

“I think the four-day work week is an interesting experiment, but I’m more of a proponent to give a lot of schedule flexibility,” Muriel Clauson told The New Stack, CEO of Anthill, HR software for deskless workers.

Academia has been studying the four-day work week for a long time, she said. However, most companies are still conceptualizing it as four 10-hour days and, Clauson noted, “it probably doesn’t get capped at that.”

Indeed, this four-day schedule makes it harder for many workers to achieve work-life balance because 10-hour days extend well outside the working hours of most child-care providers. Besides, some studies show that the optimal amount of time to work per day is only about six hours.

There’s also the question of whether an obsession with optimizing productivity comes at the cost of company culture.

“Friday is our most social day,” said Clauson. So while they may be our least productive days in terms of traditional work delivery, she said, eliminating Fridays across the board could equal weaker social bonds within a team.

“Who doesn’t want to work less? But when you actually break it down, how does that work? Does productivity and the salaries stay up? The burden would really fall on the private employer, and would cause the same distrust that already exists to get worse between employee and employer.”

The move to more flexible work and experiments like four-day work weeks move may also be too little too late, as recent layoffs in the tech industry point to the winding down of the Great Resignation.

“We are coming out of a year and a half or two of talent acquisition being the hardest thing, but now it’s kind of unclear,” Madeleine Nguyen, co-founder and CEO of Talentdrop, a global recruitment platform, told The New Stack. “I’m very curious to see all the creative ways companies have started offering people special things to attract talent.”

Remote work is here to stay, Nguyen argues, but a shortened, condensed work week and increased pay are also trending.

And yet, Nguyen hears from very few companies that are actually trying flexible work. “There’s a disconnect,” she says, in part because it’s an HR nightmare. At the time of our interview, there were 124 open roles on the Talentdrop platform, of which only four were part-time or explicitly touting flexible working arrangements.

She has seen wide adoption of either fully remote or hybrid working models that allow for some time in the office and some at home, which naturally comes with a bit more flexibility of when and how you go about working.

Nguyen further witnesses tech workers expressing a desire to choose their own work, be more flexible, and to be able to take time off without having to ask for permission. It’s just still unclear how that’s going to work. For now, a four-day work week doesn’t seem to be the magic formula, but we can’t wait for the results of these global initiatives.

Jennifer Riggins is a culture side of tech storyteller, journalist, writer, and event and podcast host, helping to share the stories where culture and technology collide and to translate the impact of the tech we are building. Currently in London,...
Read more from Jennifer Riggins
SHARE THIS STORY
RELATED STORIES
eBay: Betting on Open Source Is Great for Your Business How and Why to Respond to Incidents the Right Way Case Study: How Dell Technologies Is Building a DevRel Team Low-Code Tools Improve Devs' Work-Life Balance, Survey Finds SANS Survey Shows DevSecOps Is Shifting Left
SHARE THIS STORY
RELATED STORIES
Building an Internal Developer Platform Isn't Just about Tools It's No Longer about How You Write Code but How You Operate It Kathleen Booth, Creator of the First Assembly Language Tackling 3 Misconceptions to Mitigate Employee Burnout Hacks to Help Open Source Leadership Support Inclusion
THE NEW STACK UPDATE A newsletter digest of the week’s most important stories & analyses.
The New stack does not sell your information or share it with unaffiliated third parties. By continuing, you agree to our Terms of Use and Privacy Policy.