Is the Startup Grind Really Necessary?

Building an early-stage company doesn't have to mean insane hours and no life, say those who've been there.
Oct 6th, 2022 10:36am by Emily Omier 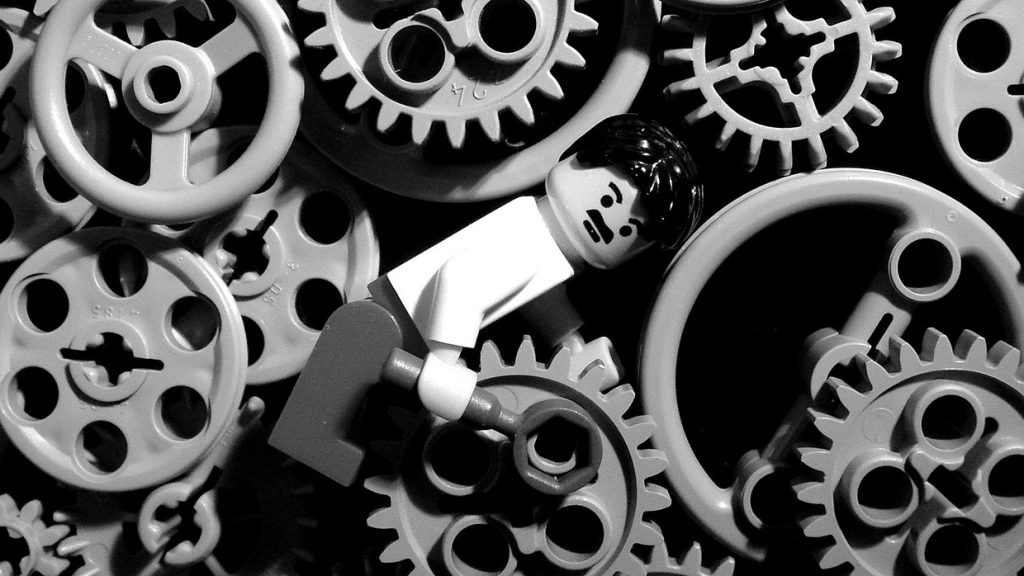 Image by Profound Whatever via Creative Commons.

The early-stage startup Oven is working hard and fast on its flagship product, the Javascript runtime Bun. It’s attracted a reported $7 million in funding, a round led by the venture capital firm Kleiner Perkins.

In late August, it announced on Twitter that it was seeking employees who were willing to “grind” for their first nine months to help meet its deadlines. “If work-life balance means a lot of time spent not working, it’s probably not a good fit,” the tweet read.

And that’s when things for Oven really heated up.

“Bun and Oven have ambitious goals that we set as a team, and startups are a lot of work,” Jarred Sumner, Oven’s CEO and founder, told The New Stack.

However, he acknowledged, “I could have spent more time thinking about what to tweet.” Oven has made three hires in the past month, he added.

Startup life can be intense, full of high highs and low lows. The stereotype is that working at a fledgling company involves putting in long hours, whether you are a founder or an early employee.

Does this image of the “startup grind” reflect reality?

For starters, it’s worth reflecting on how squishy the term “work-life balance” is.

“For some people, that means I want to work four to six hours a day, no more, no less,” said Abby Kearns, a startup adviser and investor. “For others, a good solid 50 to 60 hours a week is great work-life balance.”

While this is the case, it’s safe to say that when most people think of working a lot — or an employer having unreasonable demands — they’re usually thinking about anything more than 40 hours a week. So the question is, could you build a startup without regularly requiring founders or employees to exceed 40 hours a week at work?

“For the most part, the startup grind is just poor planning and macho image,” said Henrik Rosendahl, an investor and serial entrepreneur who’s currently CEO of Spiio, a smart irrigation software company. “An inexperienced, amateurish team leads to poor prioritization, leads to poor quality code, which leads to disasters that must be fixed ASAP.”

The average age of successful startup founders was 45, according to research published in the Harvard Business Review.  And even those young founders we’ve all heard of, like Steve Jobs and Bill Gates, saw their companies reach their most successful periods years after their creation, once the founders had reached middle age.

“I think there are a lot of startups run by kids,” said Charity Majors, co-founder and chief technology officer of Honeycomb.io, an observability platform. “The only way they know how to get better results is to work harder.”

Some of her best employees, she said, were very senior and only worked six or seven hours a day — yet knew how to allocate those hours in a way that was very powerful.

In Rosendahl’s view, the problem for many founders is being unable to tell the difference between a potential customer who’s asking about new features to the product the startup makes, but isn’t really serious about making a purchase — and a prospect that is genuinely interested.

He fixed this problem in the past by asking prospects who asked about new features or particular fixes to sign a document saying they’d make a purchase of X number of seats if the new feature was introduced. It wasn’t a binding purchase order but made it easier to see which features to prioritize.

Founders have a certain responsibility to work as much as it takes, which probably means long hours at the beginning, suggested Jonathan Ellis, CTO and co-founder of DataStax, a data streaming platform company. Especially, he said, “if we’re coming from the perspective of venture-backed startups where the goal is to get the hockey stick up and to the right, and there’s a path to a billion dollars.”

But, he added, “the nice thing about starting your own company is you can work any 80 hours a week you want.”

At the very beginning, founders have to develop the product, get investment, and find users and customers, Ellis said. And you need to hire people to help you, but while that helps in the long run, in the short term it can actually increase your workload because recruiting, vetting and training new hires takes time.

So yes, you might be eating and breathing your startup for a little while — Ellis guessed that this phase lasts between three months and two years. But not only does it end, it doesn’t necessarily mean you have no other life.

“When I started DataStax, I had a toddler, who was about 18 months old, he was my third child. Over the next couple of years I had two more children,” Ellis said. Looking back, he estimated that during the really intense part of getting DataStax off the ground, he was probably working between 60 and 70 hours a week — and that “grind” period lasted about a year and a half.

Majors echoed the notion that when you’re a startup founder, long hours are pretty essential at first. “Being a founder, it’s kind of like being a parent: you’ve got to make it work,” she said. “Especially if you’ve taken VC money.” This means that there will be bursts when you need to put in more time.

On the other hand, she said, “Your job as an employer is to make sure you are not asking ridiculous things of your employees.”

There might be bursts when you and the entire team have to work long hours, but it’s your job to make sure those bursts are rare, and that everyone has enough time to recover once the crunch time is over.

However, the earlier the employees join a startup, the more they have to act like founders. This is reflected in the fact that they generally have more equity, but their contributions really are more critical as well, because as a startup you don’t have redundancy in staffing.

“When you’re at a startup, often you’re the only one hired to do” certain tasks, Majors said. “That doesn’t mean you have to work crazy hours, but it does mean you have to have a sense of responsibility and be OK with it.”

You’ll get more results from 10 hours of work than from two, so there is certainly some logic to the idea that the more time you put in, the more results you get. But that doesn’t mean you’ll get twice the results if you work 80 hours a week instead of 40, Majors said.

“There’s plenty of science that shows that there are decreasing returns, and you become less able to deliver, your judgment gets worse,” she said.

You can do other work, like code review or responding to emails, after that window has closed, but you don’t have unlimited time each day for the hard, focused tasks that ultimately build companies.

So is there anything wrong with a startup founder saying that they expect employees to work long hours? It might be a sign of inexperience; it might also signal a lack of understanding of the cognitive science behind performance. Ultimately, though, in any employment relationship, the really important factor is communication.

He cited a situation he knew of, where an engineer with very niche knowledge stipulated that he would work remotely for his employer, from the countryside, for four hours a day, Monday through Thursday. The company needed his niche skillset, and both parties were happy because they had agreed ahead of time and communicated clearly.

Communication is also critical in planning, which is likewise essential to avoiding overwork, said Kearns, the startup adviser and investor. You have to understand what the steps are to get to your next objectives and talk with your team about how much time each step is realistically likely to take, so you can set realistic goals.

Getting feedback from your team about what is or is not a realistic goal is especially important. If, for example, you have ample experience planning engineering sprints but none in creating a marketing campaign, you’ll need input about what to expect in creating that campaign, and how to work smarter.

And then, eventually, the startup needs to grow up. As young companies mature, the reasons for pushing either yourself or your team harder become increasingly avoidable. There are layers of redundancy for any individual role. So while there certainly can be at least periods in the life of a startup that demand long hours, that time should come to an end as the company matures.

“Whether you’re at a startup or a big company, you want sustainability,” Kearns said. “Because it’s a marathon, not a sprint.”

For more from Honeycomb.io’s Charity Majors on the challenges of startups, check out this episode of The Tech Founder Odyssey, part of The New Stack’s latest podcast series.