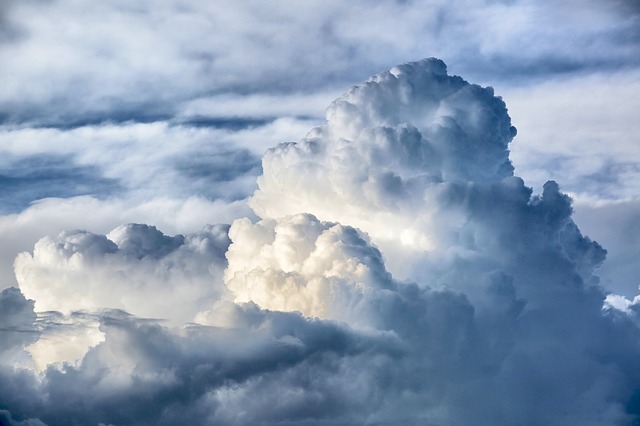 Wendy Pfeiffer routinely lands on the “most powerful women in tech” lists, and is currently chief information officer of Nutanix. The cloud provider lets enterprise companies create a hybrid cloud environment, allowing workloads to be run across public and private clouds, using whichever infrastructure that makes the most sense technologically.

Traditionally, on-premise stacks can be heavily fire-walled, but scaling is usually neither easy nor cost effective. In the public cloud, they can scale with a more flexible operating system and take advantage of seemingly infinite capacity.

Nutanix pioneered hyperconverged infrastructure (HCI) technology, which is an operating system that addresses all of the technology stack layers (storage, compute, area networking). On HCI, as workloads dynamically have access to each of the stack layers as they run

HCI allows a company to build out infrastructure knowing they will be able to scale each layer as needed, creating the scalability of a public cloud while keeping most of their infrastructure on-premise.

“There’s so much freedom and flexibility in this capability,” said Pfeiffer. It allows technology practitioners to spend their time focusing on the services, the capabilities, the applications that they’re running. Unlike most companies moving to the cloud where a large part of their day job babysitting workloads in clouds or infrastructure components that are failing or need to be upgraded, etc. She compares the results to using Alexa to turn on her lights without needing to understand any of the infrastructure necessary to make that happen.

A lot of IT has been in Keeping The Lights On (KTLO) mode, she said, whether it’s maintaining legacy code, legacy hardware, or legacy third-party software. Most of the things that were developed, even 10 years ago, especially those pieces developed for enterprise IT, could not have envisioned the hybrid cloud world that we prefer to live in today.

“We’re talking 70 percent of our energy focusing on old stuff that is doing nothing to move our companies forward. it’s ridiculous,” said Pfeiffer. The second thing that is killing IT is continuing to buy from the same set of enterprise IT vendors and channel partners.

At this point, she said, they are essentially delivering crap technology to us.

Everything in her world, whether multiple on-premise data centers or multiple investments in various public clouds is run on Nuatanix Operating System (AOS) using HyperVisor (HV). It makes all the tech stack layers invisible, which allows them to focus on functionality.

“We measure FTR and NPS for absolutely everything,” Pfeiffer said. First Time Right (FTR) is a quantitative measurement that allows us to understand how effectively we’re doing things. If everything runs right the first time, they score a 1. If anything is not right, it’s scored a 0.

The Net Promoter Score (NPS) is qualitative. You might be perfect in delivering a service, she said, but if the customers hate the service, then having a perfectly functioning service does the company no good.

This gets to a lot of intangibles, Pfeiffer explained, like the user interface and interaction design, collaboration tools and functions. They constantly look for areas in which the scores are relatively low and prioritize the areas in which they’re having the most problems.

Makes us think about every service we deliver, from manual (like desk-side tech support) to automated functions are measured. Are we delivering them in a timely manner? Is the user interaction efficient and effective? Are all of the functions operating properly? Are we having any outages or serviceability issues?

It turns out that what shows up most are areas that are still doing some piece manually. So they look for a tool or an API that gets data from its workflow and then they add that to the machine learning component that threads through everything they do.

The machine learning allows them to free up time and capacity. Which they use, she said to inspect the next layer of relative dysfunction.

Listen in to find out what Nutanix puts in their stack to make this magic happen, her examples of crap technology being delivered by enterprise IT vendors, and her career advice for engineers and developers.

2:49: Can you explain what hyperconverged infrastructure (HCI) is?
6:48: What is in the stack at Nutanix?
11:51: Does Nutanix utilize machine learning?
18:00: Discussing why “IT is dead.”
22:19: Companies moving toward CI/CD.
26:22: If you could give listeners one piece of advice about what they can do for career stability in the next five years, what would it be?


Raygun sponsored this post, which was produced independently by The New Stack.