Love it or hate it, Web3 has quickly become the latest catchphrase in Silicon Valley. But how does it compare to the Web 2.0 hype?
Nov 22nd, 2021 6:53am by Richard MacManus 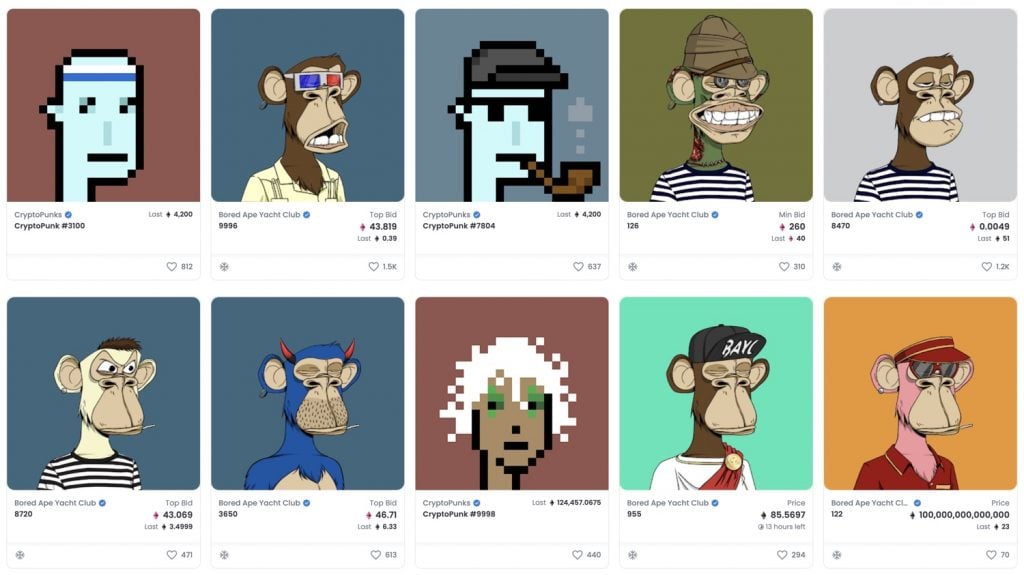 Love it or hate it, the term “Web3” has quickly become the latest catchphrase in Silicon Valley. It’s been relentlessly hyped this year by cryptocurrency enthusiasts and investors — and in particular, the venture capital firm Andreessen Horowitz (a16z). The main mouthpiece of Web3 has been Chris Dixon, a partner at 16z. Through an influential essay and a constant stream of Twitter threads, Dixon has turned himself into the new Tim O’Reilly — the tech publisher who co-invented and then popularized the term “Web 2.0” back in the 2000s.

I find the Web3 hype both repellent and attractive. Repellent because most of the discourse around Web3 has very little to do with technical architecture, and almost everything to do with speculation on cryptocurrencies and NFTs (non-fungible tokens). But Web3 is also attractive, in that Web 2.0 platforms like Facebook and Google have become too powerful and potentially even dangerous (privacy issues, disinformation, etc.) Web3 purports to be an antidote to Web 2.0.

But… That Technical Architecture

When Web3 fans do talk about technical attributes, it’s usually to argue that Web3 is a decentralized version of the web that will somehow dethrone the aforementioned tech giants of today. The word “centralized” has been weaponized by Web3 fans, much like the word “boomer” was by millennials. But the fact that Web3 decentralization relies on the adoption of blockchains is a serious technical weakness, for reasons I outlined in a previous column. What’s more, in a follow-up column, I showed that much of the infrastructure in Web3 today is exactly the same as Web 2.0 — servers owned by corporations.

In addition to the technical deficiencies of Web3, there’s a schism among crypto fans about its validity. Web3 has become a hot trend because it’s being positioned as a new way to develop web applications, by using blockchains — and specifically, the Ethereum blockchain. However, proponents of the Bitcoin blockchain (the original blockchain) tend not to be so bullish about Web3. Indeed, Bitcoin “maximalists” openly deride it, since they see Ethereum as a pretender to the cryptocurrency throne.

Bitcoin is most commonly viewed nowadays as a virtual form of gold, whereas the Ethereum project markets itself as a full-on computing platform. So it’s hard to argue that something called “Web3” could ever happen on the Bitcoin blockchain. With that said, competitors to Ethereum are emerging, such as Solana — which is less decentralized than Ethereum, but is a faster and more efficient technical platform. So the battle to be the key platform for Web3 isn’t decided yet.

A16z, by the way, has placed bets on both Ethereum (via companies building on top of it) and Solana (with a big investment in Solana Labs). So it has a bob each way.

The Cultural Impact of Web3

Despite the technical skepticism I have about Web3, from a cultural point of view I find the movement intriguing. There is a real sense of community and excitement about Web3. Its overriding mission — to deplatform centralized platforms — is especially attractive to younger generations, who see themselves as under the thumb of “Big Tech” and who can’t afford to purchase houses because boomers and Gen Xers own them all. Web3 provides both a prospective financial path to homeownership (via cryptocurrency speculation) and a way to stick it to The Man (Big Tech).

In addition, Web3 is undoubtedly cool — the cartoon ape avatars and social media memes provide a visual aesthetic that is, for the most part, fun and entertaining. As I joked on Twitter, all we had in Web 2.0 was rounded corners!

Some of the new cultural norms in Web3 are a bit cringe-worthy — for instance tweeting out “gm” in the morning and “gn” at night (good morning, and good night). But perhaps that’s the cynical Gen Xer in me. I can see the appeal in greeting your fellow believers every morning, before you get to work trading crypto and looking for centralized workarounds to the limitations of blockchain.

Some of you may remember when “Web 2.0” became an all-encompassing catchphrase. It started around 2004, when O’Reilly Media coined the term and began a conference under the Web 2.0 banner, and then gained major traction from 2005 onwards.

The blog that I founded in 2003, ReadWriteWeb, just happened to catch that Web 2.0 wave (along with others, such as TechCrunch, GigaOm and Mashable). So I was along for the ride, both chronicling the rise of Web 2.0 as a tech blogger and — I’ll be frank here — believing that Web 2.0 really would bring us to the promised land of an open, web standards compliant, AJAX-powered web application paradise.

I was as disappointed as anyone when the open web vision we were sold did not become a reality. Remember Twitter’s API, which started out as open but was later severely restricted? (Ironically, Twitter just announced it is “opening up” its API again — yeah, right). So yes, a lot of mistakes were made in Web 2.0; or to take a more charitable view, there were a lot of unintended consequences.

So I understand the desire to create a new version of the web. Full disclosure, I myself tried to stake a claim to defining “Web 3.0” in a blog I ran during 2018 to explore the then-nascent blockchain scene. I just re-read that post and there’s nothing in there I’m ashamed of, because I genuinely was excited by the promise of blockchain at that point. Unfortunately, by the end of 2018 I had become disillusioned by all the technical issues with blockchain and the rampant market speculation. So I shut down the blog and eventually went back to writing about web development.

Do I wish I had continued to run my blockchain blog past 2018 and thus caught the Web3 wave too? No, because I still see the same fundamental technical issues with blockchain that I saw at the end of 2018 — also, the market speculation has gotten far worse.

So where to from here? Although I’ve criticized the technical architecture of Web3, I still think it’s a genuine trend to monitor. NFTs may be a joke to many of us currently, but I see the potential in NFT technology being used in virtual worlds (metaverses) and other possible web platforms of the future.

My best guess is that there will be a Dot Com-like crash for cryptocurrencies in the coming year or two, which will drastically reset expectations. Out of the rubble of the upcoming Crypto Crash will emerge new web technologies — and very likely they will be decentralized and include things like tokens. Remember, Web 2.0 emerged out of the rubble of the Dot Com crash.

I don’t claim to be a futurist, but I am a keen observer of web history. So I’ll wait for the post-crash version of Web3 before I take it too seriously.