Jamstack Panel: How the Edge Will Change Development

A Jamstack Conference panel explained why developers should embrace the edge and how it will change development for the better.
Nov 10th, 2022 7:47am by Loraine Lawson 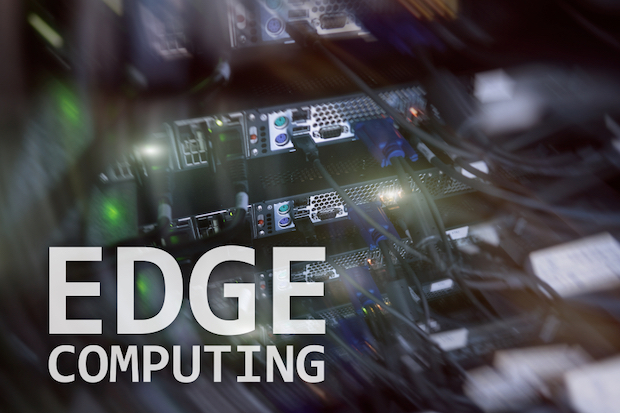 JavaScript developers should be experimenting with sending code to the edge now, a panel told audience goers at the Jamstack Conference this week.

Sunil Pai, who worked with the edge as a senior system engineer at Cloudflare until recently, suggested developers put part of their website on the edge within the quarter.

“We’re working on the rest of it at the moment. There’s a lot of work to do, but you should use a lot of it today,” Pai, who is now founder of Cool Computer Club, which builds developer tools for edge applications, told the audience at Tuesday’s conference. It will take time to adapt, particularly when it comes to NPM scripts, Pai said.

“It turns out that a lot of packages on NPM right now don’t really work on a bunch of these new edge runtimes,” he said. “It feels like there’s now a phase where we are going to flesh out the ecosystem for production usage. Nobody wants to use a weekend project that someone put out on GitHub. It has to walk through the fires of production to be battle ready.”

Some are already moving to the edge. Netlify co-founder and CEO Matt Biilmann said that the cloud-based development company has seen approximately three times month-over-month growth in edge use cases recently.

Brian Douglas, founder and CEO of OpenSauce, asked the panel what possibilities were unlocked now that developers can build on top of new runtimes. The accessibility will enable regular developers to build very ambitious, planet-scale applications, Pai said.

“I love systems that are great for zero to one to many. I do not want to commit a bunch of money or time, I just want to write something and quickly put it out there and see,” Pai said. “So the ability to do that for effectively free is a big difference from the JavaScript scene [of] 15 years ago, where I’d have to get an American credit card from my uncle.”

Runtimes that are built on top of isolates (such as Deno) with strong security guarantees, and runtimes built around WebAssembly, are similar in the possibilities they unlock for different sets of developers, Biilmann added. These runtimes will allow systems to be more nimble and support smarter decisions around scaling, concurrency and where to run the code, he said.

“Some of the possibilities we’ll see is both running code very close to the end user, but also running the same type of code very close to our data,” Biilmann said. “So I’m also expecting to see interesting integration of tools, like Deno into databases and so on, because both paths will be really interesting. Can we get our code running really close to the edge, but can we also flip the script on that sometimes and send code to where our data lives, and then get a get simpler result back rather than then having to do these multiple round trips, and so on.”

The core layer of isolates in the case of JavaScript — or WebAssembly in the case of more general programming languages — will allow developers to build architectures where they can, over time, think more about where code should actually run. It will also make it easy to ship that code around in a way that developers couldn’t when the core abstraction was a long-running application server, he added.

In the immediate future, these optimizations that developers can take advantage of will make it better, cheaper and faster, said Ryan Dahl, founder and CEO of Deno and creator of Node.js.

He also mentioned SSR — taking React code [or] JSX style code and running it server-side, and rendering the HTML using server-side JavaScript runtimes such as Deno deploys, he said.

“You can take that React code and run it server-side and actually generate static HTML that you’re shipping to your user, but doing that instead of as a build step ahead of time, doing that just in time on first requests,” Dahl said.

Predictions for the Future

The panel offered future predictions for how the edge would change development. More web frameworks will target the edge use case, Dahl said.

Biilmann predicted that companies will build their APIs to be run on the edge out of the box, to ensure that APIs can respond fast globally, as well as new patterns around how caching is done.

There will be more focus on streaming technologies and patterns, suggested Pai.

“There are technologies that [have] been there for a bunch of years, which is streaming responses, but nobody really knew how to use it,” Pai said. “Frameworks are now taking that abstraction for you and edge runtimes, it turns out, are a great way to do it. So your React applications now start way faster because they can send a few bytes and your head tags before they even start rendering the rest of the page. Streaming patterns for APIs and web pages seem to be a thing to keep an eye on.”

SHARE THIS STORY
RELATED STORIES
Microsoft Aims to Bring DevOps Discipline to Web3 Survey Finds Majority of Jamstack Community Testing Edge Software Developer Tool for Quantum Computers Launching Soon How to Build Your Own Decentralized Twitter Augmented Reality Is the New Frontier — Time to Get Serious about Standards
TNS owner Insight Partners is an investor in: Deno.
SHARE THIS STORY
RELATED STORIES
Service Simplifies Natural Language Processing for Developers Developers Get a Quick-Start to Coding with Replit IDE Microsoft Aims to Bring DevOps Discipline to Web3 Gitpod Battles 'It Works on My Machine' Syndrome with Its CDE The Latest Milestones on WebAssembly's Road to Maturity
THE NEW STACK UPDATE A newsletter digest of the week’s most important stories & analyses.
The New stack does not sell your information or share it with unaffiliated third parties. By continuing, you agree to our Terms of Use and Privacy Policy.