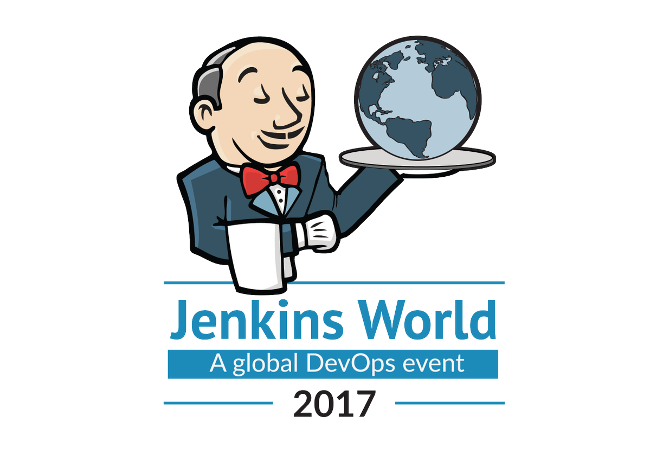 In 2004, Kohsuke Kawaguchi created what would be called Jenkins as an open source automation server. Then it was called Hudson. Oracle acquired the project in its buyout of Sun Microsystems in 2010, and one giant IP threat later there was a fork and a rename. Oracle must be fairly upset with itself over that one, as Jenkins is now undeniable the absolute center of the continuous integration/continuous delivery world.

Many of the chief movers and shakers in the CI/CD community were meeting at Jenkins World this week. At one time, a fledgling conference hidden in a tiny meeting space near JavaOne, the conference has struck out on its own and now fills an extra large hotel convention space at the San Francisco Marriott Marquis. It’s the perfect metaphor for continuous integration, itself: once relegated to experimental teams in back rooms, the practice is now mandated by top level management as a way to differentiate from competitors.

One of my new favorite quotes from the keynote at #JenkinsWorld pic.twitter.com/zX9n0KXZk6

Matt Rose, global director of application security strategy at Checkmarx, said that Jenkins is the bellwether for the CI/CD world. “Most of our customers are using Jenkins in some way. I see a lot of people in the evolution stage of true CI/CD. Very few feel they are 100 percent there right now,” said Rose. He was at Jenkins World to help spread the gospel of static analysis as part of the build and test process.

And he’s not alone. Many of the biggest names in DevOps were here, sponsoring the show. From Atlassian, GitHub, and CloudBees, to Amazon, HPE and Red Hat, this event has become the central conference for everything in the software development world that does not involve actually writing code.

Jenkins is the overwhelming platform into which all of these sponsors must flow. Their tools and test frameworks are all lumped into the Jenkins job list and run every time new code is checked into the repository. The cutting edge of the day is to have those test environments dumped into a URL off the main branch so that any old user in marketing, management, or development can immediately have access to test code without the need to log into a messy testing system or VPN.

CloudBees has long tracked the development of Jenkins and provided its own cloud-based environment for developers to host their Jenkins jobs. The company also offers a curated version of Jenkins with validated plug-ins for enterprise users. CloudBees founder and CEO, Sacha Labourey, said Jenkins use continues to grow and tracks almost one-to-one with the adoption of CI/CD practices inside enterprises.

“For a few years, the main adoption of CI/CD was pretty much done by leading edge teams leveraging shadow IT, and downloading Jenkins or using SaaS to get stuff done. This was because it was not valuable to central IT to standardize on CI/CD for everybody,” said Labourey.

“What we’re seeing now is a lot more top down enforcement of DevOps. Businesses have had the realization that they need to get their act together. I think in some ways CloudBees is a good proxy of how Jenkins adoption takes place: it’s clear that those types of top down adoptions of a common feature set for everyone in the organization are really taking place: you have Jira, GitHub, CloudBees, and Jenkins, then you have team-specific solutions depending on whether it’s a mobile team, a Java team, a Linux team or whatever. When it comes to the common bus everyone is using, that’s Jenkins,” said Labourey.

To that end, CloudBees made a number of announcements at Jenkins World. Last year’s big Jenkins news was the addition of pipelines in April, which allowed developers to write build instructions in Groovy. This year, that interface has been revised and uncoupled from Groovy, smoothing over some of the pain points for less technical users.

Are you using pipelines? My team has proudly adopted pipelines and Blue Ocean. Can't recommend it enough. @jenkinsconf #JenkinsWorld pic.twitter.com/12TosVVoOp

“I think what was creating the most friction was the initial version of Pipeline because you had to learn Groovy to define those pipelines. That worked for the high-end teams, but a bigger part of the organization is people doing very stupid pipelines. People want just a couple steps, and all that ends up being consumed by more sophisticated applications, but for a lot of teams the learning curve was too high,” said Labourey.

To solve this problem, earlier this year the Jenkins team introduced a new UI that allows developers to build pipelines graphically, without the need for learning Groovy. It was a major improvement to the platform, said Labourey, and one his company brought into the CloudBees platform as soon as possible.

Another area of pain for Jenkins users has been around handling multiple plug-ins, making them work together, and maintaining the various configurations needed to build out an end-to-end build and test regime. As such, CloudBees introduced the CloudBees Jenkins Advisor Service.

“Jenkins can be complicated. There are lots of configurations and plug-ins and so on. What we’ve done for a few years now in support is that when we see problems, we started writing rules in software that know how to detect those issues,” Labourey said. “What we decided to do here is make this a SaaS offering that can be hooked into your Jenkins instance to notice known issues.”

CloudCoreo: #JenkinsWorld is in full swing! Come visit us at Table 1 for integrated pipeline security and moose st… pic.twitter.com/kB69RDtFgw

The big move at the show for CloudBees was the introduction of DevOptics, a new end-to-end data analysis and aggregation platform that is tied into every aspect of the development process. Labourey said that Jenkins and its various accouterments are already tracking each build as it happens. The system already knows who wrote the changes in this revision, who approved the push to production, and how the tests performed on that version.

Gathering together this information into a single dashboard provides managers with a view into the entire development process, said Labourey. CloudBees hopes this new offering will increase the transparency developers and managers have in their build and test processes.

The company also introduced a new partnership with VMware, and with members of its ecosystem to allow for additional managed services to be overlaid into user’s build processes and pipelines.

A 20 year veteran technology journalist, Alex Handy cut his teeth covering the launch of the first iMac. His work has appeared in Wired, the Atlanta Journal Constitution, and The Austin American Statesman. He is also the founder and director...
Read more from Alex Handy
SHARE THIS STORY
RELATED STORIES
Interest Growing in Dart and Flutter for Mobile What’s the Future of Feature Management? Why You Can’t Afford to Miss Data Decisions Cloud Lessons to Help Developers Improve ESG Impact How Canva Uses Data to Prioritize QA Testing
TNS owner Insight Partners is an investor in: The New Stack, Checkmarx, Docker.
SHARE THIS STORY
RELATED STORIES
The Missing Part of GitHub Actions Workflows: Monitoring Kubernetes Just Has to Get Easier for Developers Cloud Lessons to Help Developers Improve ESG Impact What Good Security Looks Like in a Cloudy World What’s the Future of Feature Management?
THE NEW STACK UPDATE A newsletter digest of the week’s most important stories & analyses.
The New stack does not sell your information or share it with unaffiliated third parties. By continuing, you agree to our Terms of Use and Privacy Policy.