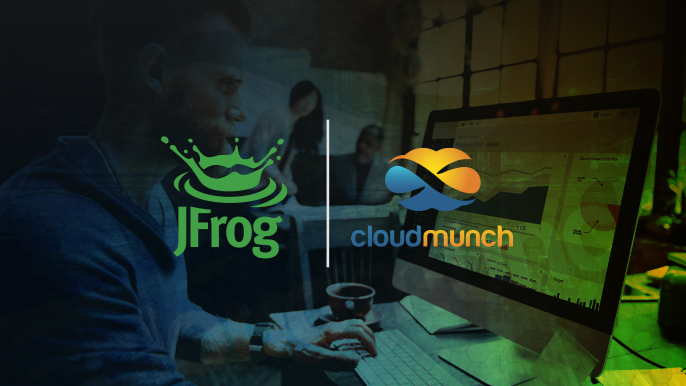 In a move to bring more insight to the DevOps process, JFrog has acquired CloudMunch, bringing CloudMunch’s DevOps intelligence platform into the JFrog fold.

This acquisition will provide a key piece of JFrog’s promised end-to-end DevOps stack, which starts with the Artifactory binary repository and ends with Mission Control, a monitoring management dashboard for keeping an eye on software health overall, said Kit Merker, vice president of business development at JFrog.

CloudMunch specializes in surfacing the data hidden underneath of a DevOps and continuous integration process. As a result, it provides deeper data insight into the DevOps process and its various components, compared to Mission Control, said Pradeep Prabhu, CEO and founder of CloudMunch.

The purchase will also help JFrog get a jump on data-driven DevOps, which the company sees as the next step in the evolution of DevOps in general. The company’s view is that better intelligence and visibility into the development process, continuous integration, and the distribution of updated binaries will result in a better overall bottom line for software development companies.

“Developers or managers will get updates around infrastructure, about their release pipeline, and all their different tools,” Prabhu said. “They will have a dashboard that will show in real-time how that flow is happening. I think it will be very standard to have a single pane of glass, from the code to infrastructure, all connected together.”

JFrog’s infrastructure is heading towards a single pane of glass view that can show how well patches and updates have been distributed out into the wild. Merker said that this is one of the major end goals for JFrog.

“One of the things we’re pushing for is software updates to be continuous, and we want that to flow in a liquid way,” Merker said. “I think versions are like pets: version numbers will be a lot more like cattle. People don’t think about the version they’re running. It just updates. There are a lot of specifics around management — we can improve a lot of the process and flow of the software — with much less human intervention. The goal is to allow developers to focus on high-value creative tasks without having to worry about the flow,” said Merker.

Mission Control will be the planned landing pad for CloudMunch. It is the JFrog product closet to CloudMunch in capabilities, and also already keeps data about Artifactory deployments, Merker said.

“When we look at the strategy around data-driven DevOps, our first customers were early adopters and developers. They didn’t need it proven, they didn’t need data to prove it. What we’re encountering now is customers that have to prove to their boss it’s worth doing,” said Merker. “Also, I need to fine tune and make my thing better over time. For that second level of performance improvement, you need more data, more insight,” said Merker.

A 20 year veteran technology journalist, Alex Handy cut his teeth covering the launch of the first iMac. His work has appeared in Wired, the Atlanta Journal Constitution, and The Austin American Statesman. He is also the founder and director...
Read more from Alex Handy
SHARE THIS STORY
RELATED STORIES
A Look at Slack's New GitOps-Based Build Platform Why Does the NSA Care about the Software Supply Chain? Why You Can’t Afford to Miss Data Decisions Create a Local Git Repository on Linux with the Help of SSH Why Developers Need a Management Plane
TNS owner Insight Partners is an investor in: JFrog.
SHARE THIS STORY
RELATED STORIES
Unleashing Git for the Game Development Industry New Ebook: A Blueprint for Supply Chain Security Why Developers Need a Management Plane What Good Security Looks Like in a Cloudy World A Look at Slack's New GitOps-Based Build Platform
THE NEW STACK UPDATE A newsletter digest of the week’s most important stories & analyses.
The New stack does not sell your information or share it with unaffiliated third parties. By continuing, you agree to our Terms of Use and Privacy Policy.