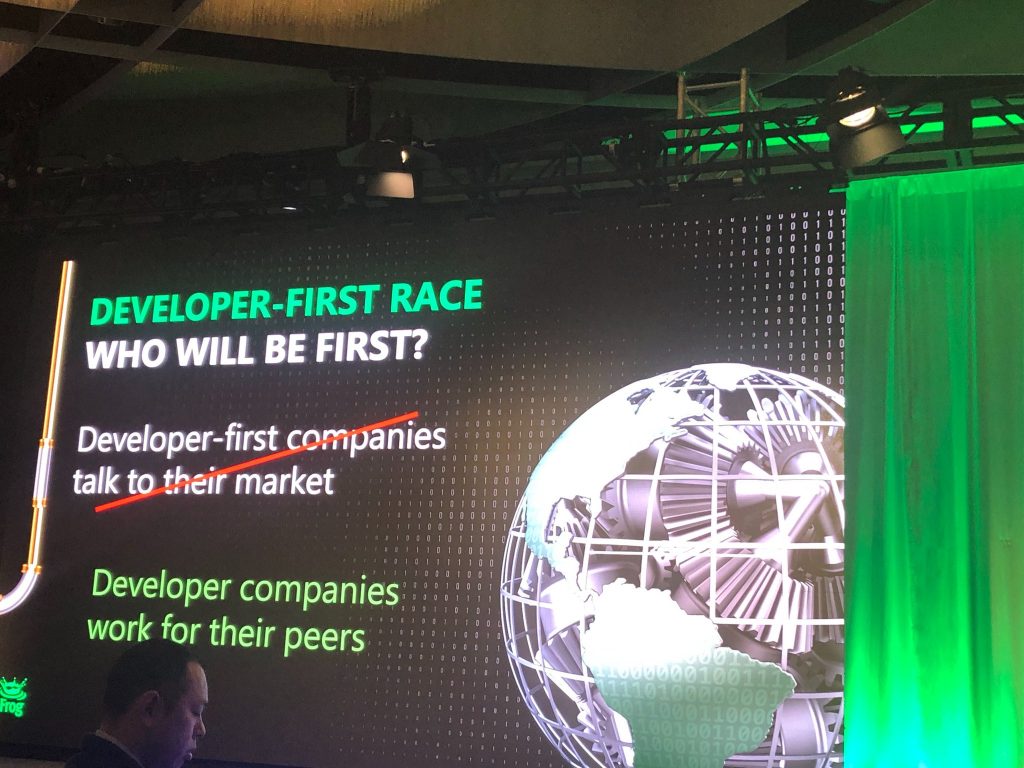 TNS Annual Reader Survey
We need your input! Take 5 minutes to chime in and help guide our coverage.
Begin the survey
JFrog sponsored this post. JFrog is under common control with TNS.

DevOp tool provider JFrog has added automation capabilities into its JFrog Enterprise+ package of development tools. The new capabilities come from its acquisition of Shippable earlier this year.

The new service, called JFrog Pipelines, can be used to automate every phase of development — from build time to production deployment. The advantage of embedding this software within JFrog Enterprise+ is that it provides a centralized service that can be scaled across an entire organization’s DevOps practices, according to the company.

“We needed out-of-the-box integration that allows us to control the process,” JFrog CTO Yoav Landman on the Shippable acquisition.

JFrog already could be easily integrated with many continuous delivery platforms, and its APIs are easy to write to, but the company wanted to provide consistent visibility of the internal JFrog processes, said Yoav Landman, JFrog chief technology officer, explaining the need to incorporate Shippable’s technology into its own enterprise stack.

“We needed something better. We needed out-of-the-box integration that allows us to control the process rather than [relying on] evidence from other products,” said Landman, during Tuesday’s keynotes at the conference. He said that Shippable provided “the best CD engine out there.”

The company debuted the Pipelines technology at its SwampUp user conference, taking place in San Francisco this week, along with a number of other new capabilities.

On the security front, JFrog has enhanced the JFrog Xray security scanning and compliance tool with current data from the Risk-Based Security’s VulnDB vulnerability database, so that developers will get potentially dangerous security holes in the dependencies that they use, at no additional cost.

The company also demonstrated a new unified user interface and backend data plane for all JFrog products — including Artifactory, Xray, Mission Control, Insight and Distribution. Users can control all these assets from the proverbial “single pane of glass,” and the package and security metadata will be centrally located. This architecture will be the default interaction for all JFrog products by the end of the year.

“Throughout the year, we’ve listened to developers, and are again proud to deliver on their requests,” said JFrog CEO Shlomi Ben Haim, in a statement. “Many large, influential companies have begun saying they are developer-first, speaking of their addressable marketplace … This broad community has increasingly requested universal, secure and simplified tools that allow them to achieve fearless, mega-fast release cycles.”

JFrog is perhaps best known for Artifactory, a repository for managing software binaries.

Check back on The New Stack throughout the week for more stories from SwampUp.

Speed and stability is great but now with distributed systems the coordination is of far deeper complexity, says @nicolefv in keynote. Open source is correlated with elite performance, adding to the need for more fluid systems and processes. #jfrog #SwampUP #sponsor