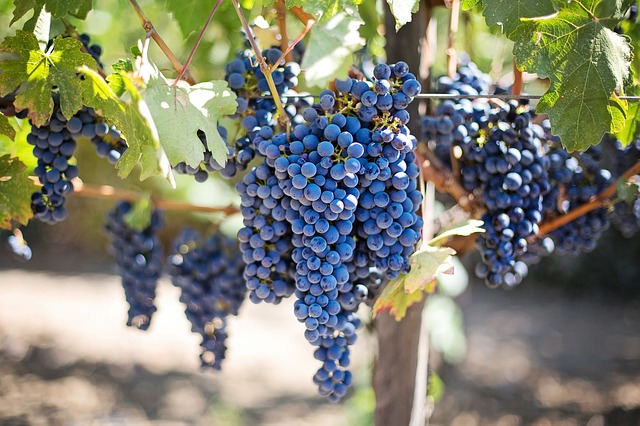 It’s basic economics: if a thing is popular and in demand, the tools for making that thing will also be in demand. This is, obviously, another way of saying that “Those who sell shovels and picks in a gold rush make the most money.” JFrog would advocate that it is actually selling warehouses to the folks selling picks and shovels, ensuring an even broader appeal and greater market size.

To many enterprises, DevOps means many things. To JFrog and its thousands of enterprise customers, at least a part of that DevOps story is focused on the retention, control, and distribution of binary assets. At the company’s annual SwampUp conference in Napa, this past week, the retinue of speakers from places like Amazon, Google, and Uber mined a deep vein of knowledge around this very complex yet essential piece of the DevOps lifecycle.

JFrog is the company behind Artifactory, the universal artifact repository. At this year’s SwampUp event, this large amphibian-themed enterprise software company debuted JFrog Enterprise +, a new bundle of products and services that layer on top of the popular Artifactory server, allowing enterprises to manage at-scale software updates. The scenario repeatedly bandied about at the conference was one of a retailer with worldwide stores requiring a POS system update. Such an update requires extreme scalability, highly visible fail states, and a unified point of control for security, roles, and work confirmation.

JFrog Enterprise + consists of JFrog Distribution, Edge Nodes, Access Federation, and JFrog Insight, which brings in assets acquired by JFrog’s purchase of Cloud Munch last year. JFrog Distribution allows the platform to spread and track application updates all the way to production, and when combines with JFrog Edge Nodes, this allows large numbers of devices to be kept up to date in a distributed fashion.

This is something JFrog’s customers were already building on top of their existing Artifactory deployments, said Fred Simon, founder and chief architect of JFrog. He said that, “The goal is to see it as the next evolution; for enterprise customers to go to Enterprise + and to help our customers distribute software on their own time, and to keep really good traceability, auditability, and security flow in there from the developer all the way to the production,” said Simon.

“It was possible to do all of this before with the enterprise version, but here we really upped the usability, and the speed, and the security level of deploying a version and releasing a bundle all the way to production environments. We already have amazing feedback from our beta customers, and from the market today. It’s about this need of knowing exactly which piece of software is running on which devices,” said Simon.

He went on to describe the retail customer example so popular at the show. “One of the main use cases is a retail company. The POS is some device, maybe a tablet, or a phone, now. There is also some server to keep track of the services of the retail shop and location. The amount of runtimes that need to be updated when you have a new version is astronomical: It’s even more than the number of servers Google is running sometimes. The goal for us is to provide a very rapid and clean update flow from the developer to every single device in the industry,” said Simon.

As for JFrog Insights, JFrog CEO and co-founder Shlomi Ben Haim said that this new set of capabilities for JFrog Mission Control allow developers to have better metrics from whence to build their opinions. JFrog Insights instruments the entire development and operations process, allowing DevOps metrics to be gathered and observed over time.

Ben Haim said that the DevOps revolution is still just getting started and that JFrog Insights represents the start of the next generation of DevOps tooling. “I think the CIOs of today are not yet ready to digest DevOps info, but the people now senior in the DevOps landscape will become CIO. They will understand and ask for this data. They will grow up to be data-driven managers. The career path of the CIOs tomorrow will come with the knowledge,” said Ben Haim.

The secret behind the success of JFrog, said Ben Haim, is that the company has focused entirely on being the only language agnostic repository for enterprise users. While package managers like Maven and NPM are wildly popular — with Ben Haim even going so far as to show that 90 percent of JFrog customers also use Maven–Artifactory offers a unified distribution platform for all of a company’s software, rather than just one language’s worth.

JFrog is so bullish on the growth of the managed software repositories and package managers that it has even acquired the developers of Conan, the C and C++ package manager. Conan offers the ease of use of something like Maven or NPM for the wildly neglected area of C and C++. Ben Haim pointed out that the C/C++ world is extremely divided, and showed this as a reason it took so long for someone to build a package management system for the ancient and wide-spread language.

Yet, in the end, for Ben Haim as he works to bring JFrog public, the real message he’s trying to get across is one of updates. JFrog, he said, is the platform to allow thousands, even millions of software updates to be deployed globally, securely, and reliably. With so many billions of devices and users out there, maintaining a software update lifecycle, said Ben Haim, is like building liquid software.

Ben Haim added that “70% of the software I am pushing in JFrog is not even going to a human being: it’s fed to servers. The amount of servers in the world is growing 4 to 5 times more than the amount of developers. Everything is about software today. Every single thing we do is about software, even the most manual thing we can think about; there is software behind it,” said Ben Haim.

A 20 year veteran technology journalist, Alex Handy cut his teeth covering the launch of the first iMac. His work has appeared in Wired, the Atlanta Journal Constitution, and The Austin American Statesman. He is also the founder and director...
Read more from Alex Handy
SHARE THIS STORY
RELATED STORIES
NASA and IBM to Speed AI Creation with New Foundation Models Microsoft Makes Azure Load Testing Generally Available I Need to Talk to You about Kubernetes GitOps Platform Engineering Is Not about Building Fancy UIs How Platform Engineering Can Improve DevOps Collaboration
TNS owner Insight Partners is an investor in: JFrog.
SHARE THIS STORY
RELATED STORIES
How Bad Are System Failures and Security Incidents? Microsoft Makes Azure Load Testing Generally Available Platform Engineering Is Not about Building Fancy UIs Internal Developer Platforms Are for DevOps too Why Your Kubernetes Ship Is Sunk without Machine Learning
THE NEW STACK UPDATE A newsletter digest of the week’s most important stories & analyses.
The New stack does not sell your information or share it with unaffiliated third parties. By continuing, you agree to our Terms of Use and Privacy Policy.