JFrog: It’s a Liquid World and Developers Are the Rainmakers

“The developers became the rainmakers because they create the competitive advantage of the business." This is why JFrog is doing well on the stock market.
Oct 26th, 2020 6:00am by Richard MacManus 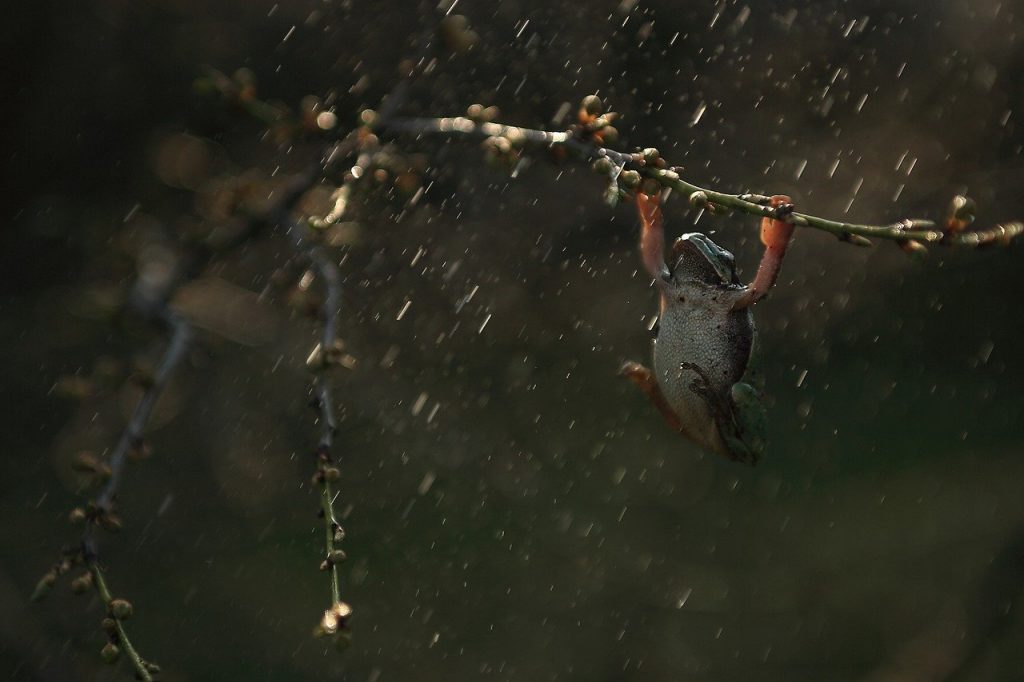 JFrog had its Initial Public Offering (IPO) last month and since that time, its stock price has nearly doubled. Not bad for a software company that is difficult to explain to anyone outside the developer community. Even the company’s name sheds no light on what it actually does. As JFrog co-founder and CEO, Shlomi Ben Haim, told me in a recent interview, if his mother called him to congratulate him on the company’s success, “she will lose attention the moment that we start to speak about binary.”

JFrog is a DevOps platform whose primary currency is, as Ben Haim alluded to, binaries. He also noted that “software packages” and “images” are alternative terms for the same thing. Whatever the terminology, it’s code that has been compiled and is ready for a computer system to execute. Some have compared JFrog to GitHub, with the difference being that GitHub is a repository of source code and JFrog is a repository of binaries.

“This is what you build out of your source code and what you pack together,“ Ben Haim said, about binaries, “and starting from this point this is what you test, you secure, you deploy in runtime.”

In the current DevOps era of application development, there are a lot of moving parts. As you scan the various software products that make up the JFrog platform (see image below), you get a sense of how complicated DevOps has gotten and why corporations increasingly need a platform like JFrog’s to manage it.

JFrog was founded in 2008 and for a number of years its only product was Artifactory, which in 2011 was labeled a “Repository Management Solution.” Later, JFrog expanded with other products that manage security, CI/CD, distribution, and more.

Another interesting point about JFrog is that its sales are driven by, you guessed it, developers. It isn’t an enterprise CIO who decides to use JFrog software, as is common for products from established software vendors like Microsoft and Oracle. In JFrog’s case, it’s a bottom-up procurement process — whereby developers initially choose to use JFrog and maybe later the CIO picks up the tab, as it gets more widely deployed. Ben Haim proudly told me that JFrog has no outbound salespeople, for this reason.

“Even today as a public company, we don’t have even one direct salesperson in the field. Not even one. Nobody ever knocked on someone’s door and offered JFrog Artifactory proactively — it’s all installed inside and it’s all inbound [sales].”

Clearly this strategy has worked. According to Ben Haim, 75% of Fortune 100 companies now use JFrog.

An Artifact Repository for Your Tesla

Dell Technologies Capital was an early investor in JFrog and one of its managing directors, Tyler Jewell, wrote in his Developer-Led Landscape thesis that the “artifact repositories” category has grown 45% year over year. He said this was “being driven by a shift in how software is constructed” — in particular, the increasing use of third party reusable modules (via low-code, JavaScript frameworks, and so on).

I asked Ben Haim whether he sees this level of growth for artifact repositories continuing in the coming years?

He replied that part of that growth was also attributable to software binaries having “multiplied by thousands” due to the rise of microservices, containers and other cloud native technology — “because it became so easy to ship software.”

He doesn’t foresee the market for artifact repositories slowing down any time soon, because the “addressable market is going to grow significantly.” The reason: non-enterprise use cases.

“The next steps — just think about this — will be outside your organization, because you would like your Tesla to be updated [and] your iPhone to be updated. And DevOps for IoT [Internet of Things] is yet still in the very early stages.”

This brings up a software theory that JFrog has been promoting on its website: liquid software. This is defined on its homepage as “where the software update process runs automatically and continuously as if the software were liquid.”

This conjured up for me the analogy often made about the internet being like an electrical grid — in other words, a utility. JFrog is suggesting the same thing, except it has swapped out electricity for water.

Ben Haim returned to Tesla, which he called “a computer with wheels,” to explain further. Currently, he said, if you need to run a software update on your Tesla car, “it requires a two-hour shutdown of your motor”; and that sometimes it even requires a technician to “come to your home and run the software update.”

Not being a Tesla owner myself, I can’t verify the wait time (this Quora thread suggests it’s more like 30 minutes), but regardless, Ben Haim’s point stands: the car becomes inoperable during the time the software update is happening. That’s the current state of affairs, but JFrog’s goal is to enable all software updates to happen in the background and continuously.

“In the world of liquid software, a Tesla will be updated just as this Zoom application is updated,” said Ben Haim, referencing the Zoom video call we were currently on. He speculated that a Tesla will eventually use peer-to-peer networking technology for cars to update each other so that it is “not overloading the network and not overloading our infrastructure.”

It all comes back to developers, who of course will be responsible for maintaining this “liquid” software update process.

“JFrog was founded [in 2008] by a group of people that are developers themselves,” said Ben Haim. “The main idea was solving the pain — how can we become faster when the organization is pushing us to deliver more, and to deliver fast and to deliver secure?”

At the time JFrog was founded, he continued, software development was in transition — “moving from Waterfall to Agile to DevOps.” Although the term DevOps wasn’t coined until 2009 and took several more years after that to gain traction, JFrog built its company around the same concept — or as Ben Haim put it, a combination of “the automation [and] the power of the machine, together with the power of the developers.”

During our conversation, Ben Haim referred to developers as “the rainmakers” of business. He meant that developers are the ones who are creating what’s come to be known as “digital transformation” (I can’t tell you how many times that phrase has been used in email pitches to The New Stack, post-pandemic).

Ben Haim used the example of a modern bank, to illustrate the power of developers to transform a traditional business into a largely digital one.

“I don’t think I have visited my bank physically for more than three years, but I will move from [one bank to another] if I don’t like the application.”

His point is that banks offer a much better user experience nowadays, because you can do so much more online. I definitely agree with that and I do not miss the days when I had to physically drive to a branch of my bank to get anything done.

“The developers became the rainmakers because they create the competitive advantage of the business,” is how Ben Haim summed it up. And once you understand that notion, it’s easy to see why JFrog is doing so well on the stock market — despite few investors understanding what it actually does.

Richard MacManus is a Senior Editor at The New Stack and writes about web and application development trends. Previously he founded ReadWriteWeb in 2003 and built it into one of the world’s most influential technology news sites. From the early...
Read more from Richard MacManus
SHARE THIS STORY
RELATED STORIES
How Yarn Workspaces Accelerated LinkedIn Code Delivery CyberArk Decreases Cognitive Load with Platform Engineering What TNS Readers Want in 2023: More DevOps, API Coverage SRE vs. DevOps vs. Platform Engineering Crossplane: What Most People Get Wrong (and How to Get It Right)
TNS owner Insight Partners is an investor in: The New Stack, JFrog.
SHARE THIS STORY
RELATED STORIES
Golden Paths Start with a Shift Left Use of Spring Shifts Toward Modern Apps and Architecture Platform Engineering Benefits Developers, and Companies too A Platform Team Product Manager Determines DevOps Success Port: Platform Engineering Needs a Holistic Approach
THE NEW STACK UPDATE A newsletter digest of the week’s most important stories & analyses.
The New stack does not sell your information or share it with unaffiliated third parties. By continuing, you agree to our Terms of Use and Privacy Policy.