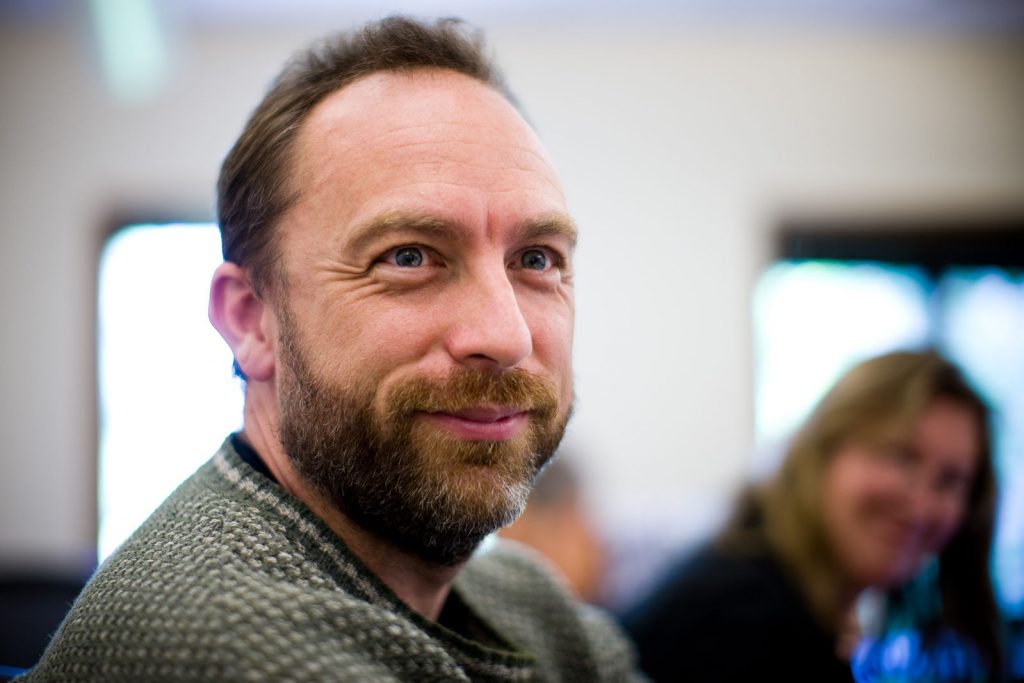 As the founder of Wikipedia, Jimmy Wales has always been someone who cares about sharing information. Last month he unveiled a new project and within weeks had attracted hundreds of thousands of new users.

“I’ve deliberately not talked about it to the English language press as we dealt with some traffic issues,” Wales posted earlier in the month on Twitter. His new social network — WT:Social — had entered the month of November with just 1,500 members. But by last Monday it had reached 200,000 members — and then four days later, grew to 300,000 members.

Whatever happens next, it’s a fascinating experiment that tries to directly address the limits of past algorithms for curating massive amounts of online content. But it also raises one of the burning questions of our time: whether the moderating of online content can scale. As social networks grow to millions and millions of users, new issues arise, as well as entirely new flavors of problematic posts.

With a very Wikipedia-like faith in the power of people, WT:Social asks whether we can entrust the responsibility of moderating that content to the users themselves.

Right now the site is an odd mix of communities. When signing up this week, users were presented with choices from a list of four dozen “subwikis” —everything from Weird Science and the videogame Legend of Zelda to Christmas movies and a punk rock appreciation society. There was even a subwiki “Relating to the people of the world sharing the Earwaker family name.”

By default, users are signed up for the site’s “Fighting misinformation” group (as well as “Internet News,” “Long reads,” and “Upcoming Newsworthy Events.”) And their accounts are automatically following user Jimmy Wales by default.

WT:Social is the result of a lot of thought, development, and a long road full of good intentions. “Obviously the ambition is not 50,000 or 500,000 but 50 million and 500 million,” Wales told the Financial Times, as his service began gathering momentum. “Wikipedia co-founder Jimmy Wales thinks he can create a better social network,” wrote The Next Web. “Thousands flock to Wikipedia founder’s ‘Facebook rival’,” read the BBC’s headline.

But it’s not Wales’ first attempt at a high-quality information-sharing service. The Financial Times notes that this social network grew out of WikiTribune, a news site launched in October of 2017. That month the Times of London cited Wales’ promise of “news by the people and for the people,” and quoted him as saying that “The news is broken, but we have figured out how to fix it.” With its emphasis on fact-checking and careful sourcing of information, it was an attempt to push back against the proliferation of badly researched “clickbait” articles online as well as blatant “fake news” stories with a calculated agenda. But this month the Financial Times pointed out that in the end Wales was forced to lay off a dozen reporters and editors (along with the site’s technical staff) — and Wales is now moving forward with a bare-bones staff.

“I’m really bootstrapping [WT:Social] from nothing,” Wales told FT. “I didn’t raise money for this. I want to keep a tight rein on the costs.” In fact, when someone on Twitter asks Wales about his development team, he responds “I have two PHP developers and one community person. Bootstrapped! Obviously, it could be ‘slicker’ if we had investor gazillions, but I am just trying to start with things I like!”

So a fateful post last month on the WikiTribune announced “WikiTribune is moving!” saying the news site was now “becoming social” and “moving to an all-new software platform that I’ve designed and that we have built from scratch — abandoning WordPress for our own custom platform.”

“The new design incorporates everything that I’ve learned over the past couple of years about what works and what doesn’t in terms of an open collaborative news platform and everything I’ve learned about the ever-shifting news landscape and what is broken about it.”

While right now the new WT:Social site has a “bare-bones” look, but it promises to address the low quality of information often found on other social sites with “collaboratively editable social networking.” While each user can share a link and give it a headline, other users can edit that headline — with the hopes that a basic honesty will prevail. In a thread on Twitter Wales argues that it’s the business model of social sites that’s been creating incentives “in the direction of outrage, radical discourse, trolling — not your human flourishing.”

Wales told the Financial Times that advertiser-supported sites end up optimizing for the wrong things. “It turns out the huge winner is low-quality content,” he said, later deriding what he calls “clickbait nonsense.”

“People are feeling fed up with all the junk that’s around. News organizations are doing the best they can in this difficult environment but it’s actually a problem with the distribution.”

It’s a theme he returns to on the site itself. “As social networks have grown, they’ve also amplified the voices of bad actors across the globe,” explains the site’s home page, citing glitchy algorithms that only care about “engagement.”

But how will this massive operation be funded? Wales spelled out his vision in his announcement of the site. “Instead of optimizing our algorithm to addict you and keep you clicking, we will only make money if you voluntarily choose to support us, which means that our goal is not clicks but actually being meaningful to your life…

“If only *some* people pay (maybe you! maybe not! pay if you want) then it can be free for everyone else. I think the people who will pay will be the ones who care the most about fixing the broken internet culture that leads horribleness.

“You’ll please accept my apologies that it is so basic so far. I didn’t raise money for it because I want to maintain creative control.”

But will consumers ever be willing to pay for a service like this? Wales tells the Financial Times that consumers have already proven they’ll pay for “meaningful” content like Netflix, Spotify and the New York Times.

And maybe the demand really is there. “There’s a waiting list right now — we absolutely need this as we are working to make the infrastructure scalable,” explains the “About Us” page. “You can skip the waiting list by paying or inviting people, because that’s what I want people doing…”

“You will only pay if you think that WT is making a meaningful positive contribution to your life,” Wales explained on Twitter. “So my incentives are not to optimize to keep you upset, outraged, and clicking. My incentives are you to think: ok, this is meaningful. This helped me learn, to grow, to be a better person in some small ways. This helps the world be better.”

Then he urges journalists to contact him. “I’m bootstrapping this from nothing, so it’s pretty crazy.”