Joel Spolsky on Stack Overflow, Inclusion, and How He Broke IT Recruiting 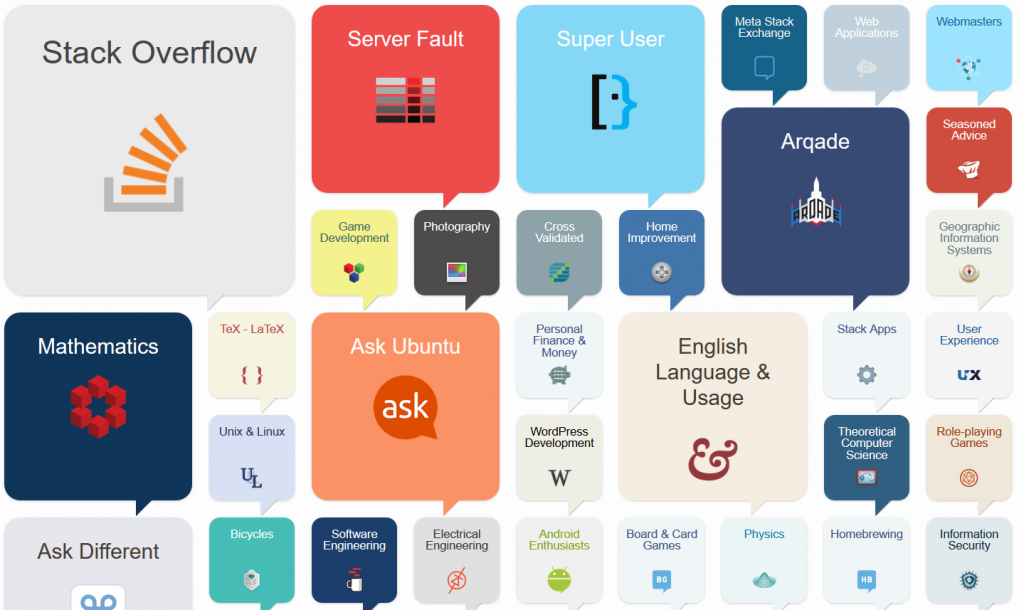 As the CEO and co-founder of Stack Overflow — arguably the web’s great geek question-and-answer site — as well as the creator of Trello, Joel Spolsky is uniquely positioned to watch the world of programming grow. Now he’s revealed how his experiences in the computer industry have led to strong opinions about the real-world issues affecting companies today, including recruiting, documentation, and inclusiveness. 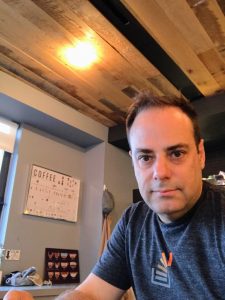 Spolsky made his remarks at the We Are Developers conference in Vienna in May, which was attended by more than 8,000 developers, and videos of the appearances finally went online last month. Spolsky began his keynote by asking people in the audience to stand if they’d answered a question on Stack Overflow — prompting a throng of people to rise from their chairs. Earlier in a fireside chat, he’d acknowledged that over 90 percent of the site’s traffic comes from people who — “I don’t like to use the term ‘drive-by users,’ but it’s somebody who asked a question on Google, and we just already had the answer for them.” That adds up to 50 million unique visits every month to Stack Overflow, which Spolsky describes as “a huge number of uniques, because there are probably only officially 20 million programmers in the world… That’s probably all the programmers in the world.”

But he’s even more proud of another statistic: that every month almost 100,000 people post an answer to a question on Stack Overflow. They’ve calculated that every answered question helps, on average, one thousand people.

Spolsky makes a surprising confession: that recruiting for IT is broken, and “I think that I’m responsible.” He casts his memory back to the mid-1990s when he worked at Microsoft, which was then still a (relatively) smaller company trying to hire good developers. It was a different time when in the world of technology, “where almost all developers got hired by going into a room with a manager who said, ‘Oh, so your resume says you went to Princeton University. That’s very good. Did you know Frank? Cool! You’re hired!'”

Microsoft was one of a “small, select group of companies” with more rigorous, step-by-step tests to see if candidates really knew how to program. Spolsky himself wrote it up for internal use at Microsoft, and it became the Guerilla Guide to Interviewing on his website. “The trick is telling the difference between the superstars and the maybes because the secret is that you don’t want to hire any of the maybes. Ever,” he noted at the time.

But today Spolsky has mixed feelings about his guide — and its impacts on hiring in tech. “So this idea that you’re going to have a rigorous interview where you bring people in on the whiteboard and you say, ‘Show me how to copy a string while deleting the letter Q. In C, on the whiteboard.’ That was a big step up, I think, from, you know, ‘What college did you go to and who do you know and where did you work?’”

The problem is that his essay soon began spreading to other companies. “At some point, in the very early days of Google, they got that printed up and passed out boxes of it. And they said, ‘This is our manual’…”

“It’s a great way to hire 10 developers. It’s a very bad way to get developers in a scarce environment where you’re trying to find the people that might be good.”

A lot of good programmers end up getting rejected — while, even worse, companies end up hiring people who are good at passing tests, but underperform in the real world. “I think that method is definitely state-of-the-art 1995. It was even good for 2005. For 2018, I think you need a better system, and I think it’s probably going to be more like an apprenticeship or an internship, where you bring people on with a much easier filter at the beginning. And you hire them kind of on an experimental basis or on a training basis, and then you have to sort of see what they can do in the first month or two.”

So does he do this at Stack Overflow? “Well, we’re working on it…” he tells his interviewer. “We’ve done it a lot at Fog Creek Software and Trello and at Stack Overflow, where we’ve done internships. We used to think of it as like a nice thing on the side.

“But I’m increasingly thinking that it’s the best way to get a lot more people that are good developers out there that just keep doing badly on the whiteboard tests.”

The State of Programming Today

He makes a few jokes about what it would be like if medical professionals were consulting a similar online question-and-answer site — to make a larger point. “Unlike surgeons, we in the software development fields do not even pretend to have the remotest idea as to what it is that we’re doing. We just dive in — we would roll up our sleeves, if we had any — and we start coding, as they say, with hammers and anger, and Stack Overflow, until we get where we’re going…”

“We don’t pretend to read the documentation.”

He goes on to explain why he thinks official documentation is failing, “because there’s a person who’s supposed to write it and doesn’t know the answers, and is afraid to go talk to the developer.” There are also cases where a developer goes to document work for their team — for example, on the internal Wiki. “Now you have a homework assignment which you don’t want to do.” And of course, there’s always a question about how much detail is necessary. Spolsky describes this as “knowing when to stop.”

This is one of the biggest strengths of Stack Overflow’s Q&A format. “Not only are creating this amazing just-in-time documentation, but you’re creating the exact right amount of documentation.” Plus, there’s actual user feedback — in the form of a green checkmark which a user triggers when their question’s been answered.

But this leads him to an issue that’s been plaguing all online communities, which he describes gently as users communicating the site’s rules with a lack of kindness. The ultimate result? “We’re driving people out of the field.”

“A lot of times the people that are missing from the field of programmers are missing because they tried, and somebody was not nice or gave them the feeling that they were anything less than welcome,” he said. “We’ve got to figure out a middle ground of being kinder to people while also helping educate them about why we have the rules that we have and why we do things the way that we do.”

While there’s a short-term gain in maintaining strict standards for the answers that will linger online forever, “there’s a much more important long-term approach, which is let’s get as many people as we can into this field,” he said. “And when they get in I want them to feel like Stack Overflow helped them, and was a warm and welcoming place, so they have an obligation to give back and help the next generation of people, so we don’t just become, you know, just a crabby old place.”

The previous year he’d said developers “are writing the script for the future,” but this year brought a new caveat. “If we’re going do this with a roomful of white 21- to 27-year-old men, that’s going to be a different future, I think, than if we can do it with a more diverse audience.”

It’s a theme he returned to in his fireside chat, sharing a concern that the number of women participating in programming has decreased over the last 10 or 20 years. “There’s definitely something wrong there, and it’s definitely something that really can’t be explained just by personal preference or anything like that.”

This year he hopes to improve inclusiveness on Stack Overflow, suggesting a close look at behaviors on Stack Overflow which may come across as snarky, and urges developers to think about it before they return for next year’s conference. “I think as you saw here, the number of people who really want to help, the number of people who want to make a contribution by answering questions, is huge. You all want to help, and there’s a lot of things you can do.”

Helping newbies on Stack Overflow is a start – answering questions, being welcoming — but there’s also things that can be done to help the greater programming community. “Help out with interns in your company, boot camps, teaching coding. Write a blog, help people learn how to code. That kind of stuff can be really beneficial. Come back to this conference and give a talk. Those are all things you can do.

“And we can take that tiny amount of effort, multiplied by the millions of people that visit Stack Overflow all the time, and make programming look like a more welcoming and more inclusive place that everybody is happy to join and welcome to join.”

SHARE THIS STORY
RELATED STORIES
2023 Will Be the Year FinOps Shifts Left Toward Engineering How Not to Waste a Senior Hire 2022 in Review: AI, IT Armies, and Poems about Food Java's James Gosling on Fame, Freedom, Failure Modes and Fun Entrepreneurship for Engineers: Avoiding Feature Bloat
SHARE THIS STORY
RELATED STORIES
CES 2023: Robots, Astronauts, Schwarzenegger and Flying Cars The Power and Ethical Dilemma of AI Image Generation Models Snack Stack: Turning Winter Comfort Food up to 11 How Will Working in Tech Change in 2023? Why 'Explainable AI' Can Benefit Business
THE NEW STACK UPDATE A newsletter digest of the week’s most important stories & analyses.
The New stack does not sell your information or share it with unaffiliated third parties. By continuing, you agree to our Terms of Use and Privacy Policy.