Just out of the Box, ChatGPT Causing Waves of Talk, Concern

ChatGPT, the newest shiny object in the conversational AI sector, already has attracted more than 1 million people to its sign-in page, but it also brings some concerns such as security.
Dec 8th, 2022 9:56am by Chris J. Preimesberger 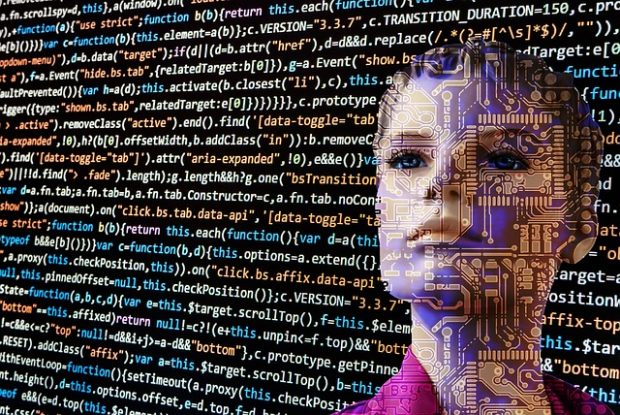 Even though the technology is officially only eight days public, ChatGPT already has attracted around 1 million people to its sign-in page and has quickly become the newest shiny object in the conversational AI sector. This new smarty-pants chatbot, ostensibly a major step forward in the genre, uses a natural-language model created with the capability of having an actual intelligent conversation with the user. It also purports to offer big-picture thinking in providing answers to general questions by users and solution options for software developers.

For years, AI chatbots have been limited in their responses, only being able to perform specific short-term tasks. ChatGPT, developed by OpenAI, is as horizontal as they come; it is said to be capable of telling jokes (the quality of which is apparently all over the board), composing code, and helping write college-level essays, marketing copy, and personal blogs. Usage is currently open to the public free of charge since the chatbot is in its research and feedback-collection phase, but this isn’t expected to be a lengthy time window.

ChatGPT does text completion, code completion, image generation, embeddings, and fine-tuning for training AI models. So what exactly does something like this mean for the enterprise world, and by extension, the world at large? How trustworthy is it? Of course, it’s too soon to know very much, but there are some folks who do have some insight.

For example, after playing around with the tool, Fiddler AI CEO Krishna Gade summarized in a recent LinkedIn post that it is quite apparent there is no explanation as to how ChatGPT arrives at its results.

“I asked ChatGPT to write a poem on Explainable AI in John Keats’ style and here is what I got,” Gade wrote. “The irony of it is that I can’t explain how ChatGPT arrived at this result. While there is much excitement about Generative AI, there is a growing sense that it would lead to black box models that we can’t see, control, or explain and therefore become a huge blind spot of trust, ethics, and accountability. Already the likes of Stackoverflow have banned ChatGPT posts. This is a warning call for our entire industry!”

Chatbots in client-facing roles have mostly been used for conversation intelligence or in contact centers for basic customer issues, replacing the need for self-help websites or FAQs, said Parth Mukherjee, global VP of product marketing Mindtickle.

“The only thing that is going to get much better with ChatGPT is the ability to find answers to basic questions,” Mukherjee said. “What it won’t solve is interactions dealing with the customer experience, which requires finesse, sentiment, and knowledge of the human experience; and that’s where humans will still hold the upper hand.”

“ChatGPT does potentially put some jobs that are based on writing content, such as user manuals and website content for user help, at risk. This type of work will likely fade away in the next few years due to AI automation, but the things that require more human intelligence, such as sales, will still be around since you can’t automate it completely.”

Developers use StackOverflow to obtain correct answers to coding problems. Because ChatGPT generates answers to coding questions so quickly, some users pressed for time are entering answers generated by it without first parsing them for accuracy. Not a good idea.

Matt Psencik, Director of Endpoint Security at cybersecurity management provider Tanium, told The New Stack that “ChatGPT should be used as a supplemental tool on your belt, but it’s only as good as the questions it’s asked, the models it was trained on — and most importantly — the comprehension abilities of the brain who asked the question in the first place.

“ChatGPT is one of the first chatbots that has impressed me with its ability to be asked incredibly complex questions and then provide back an understandable reply. Is it free of bugs and perfect? No, but it never claimed to be, given it’s still in beta. Even once it moves to production, it will likely still not get everything right as all learning models have some flaws which poke through to individual answers.”

David Habusha, Senior Vice President of Product Management at AI security platform maker Ironscales, told TNS that “it’s important to note that OpenAI designed the interface to refuse requests that might be inappropriate or harmful. One of the reasons for making this latest model available to the public in such an accessible way is to test and capture feedback (learned or direct) to improve its ability to reject such requests.

“Per their blog post about ChatGPT: ‘While we’ve made efforts to make the model refuse inappropriate requests, it will sometimes respond to harmful instructions or exhibit biased behavior. We’re using the Moderation API to warn or block certain types of unsafe content, but we expect it to have some false negatives and positives for now. We’re eager to collect user feedback to aid our ongoing work to improve this system.’”

Security is a concern. In its current state, ChatGPT could be used to create “ingredients” used in phishing, business email compromise attacks, and other deception-based schemes, Habusha said.

“These types of attacks hit human vulnerabilities with compelling and imperative instructions, usually based on fear or fear-of-loss — e.g. ‘verify your identity to ensure your account isn’t closed’ — by providing the very information the bad actor is after,” he said.

“Everyone is familiar with phishing emails that use unusual language and poor grammar and spelling. In one of our recent tests, we were able to use ChatGPT to write such an email. The request was for a memo from a CEO to employees, announcing a new stock option program. The instructions used in the test did not have any detectable signals of bad intent, but such an email could be used to compel recipients to click on a harmful link or attachment.”

“For info- and cybersecurity, AI and machine learning are already required to detect AI-supported attacks that humans and traditional, rules- and policy-based security technologies miss. Not only will AI-supported attacks be too convincing, but they will also be extremely targeted or ephemeral for traditional approaches to work,” Habusha said.

This conversation is to be continued.

SHARE THIS STORY
RELATED STORIES
Hardware Independence Is Critical to Innovation in Machine Learning How OpenAI Ruined My Homework Assignment but Helps Coders 5 Ways ChatGPT Could Supercharge Chatbots Fast, Focused Incident Response: Reduce System Noise by 98% Nvidia’s CUDA 12 Is Here to Bring out the Animal in GPUs
TNS owner Insight Partners is an investor in: fiddler.ai, The New Stack.
SHARE THIS STORY
RELATED STORIES
AWS Inf2: A 12-Chip System for Large-Scale ML Production 5 Ways ChatGPT Could Supercharge Chatbots AI, Machine Learning and the Future of Software Development Data, Analytics and AI: What Will Happen in 2023 Op-Ed: The Rise of AI Content Generators Is an Affront to Creativity
THE NEW STACK UPDATE A newsletter digest of the week’s most important stories & analyses.
The New stack does not sell your information or share it with unaffiliated third parties. By continuing, you agree to our Terms of Use and Privacy Policy.