K3s Gets Its Own Day at KubeCon+CloudNativeCon EU

CNCF's Bill Mulligan and OpenFaaS Founder Alex Ellis talk K3s' origin, its popularity and how it will support edge deployments in the future.
Apr 5th, 2021 3:00pm by Alex Williams and B. Cameron Gain 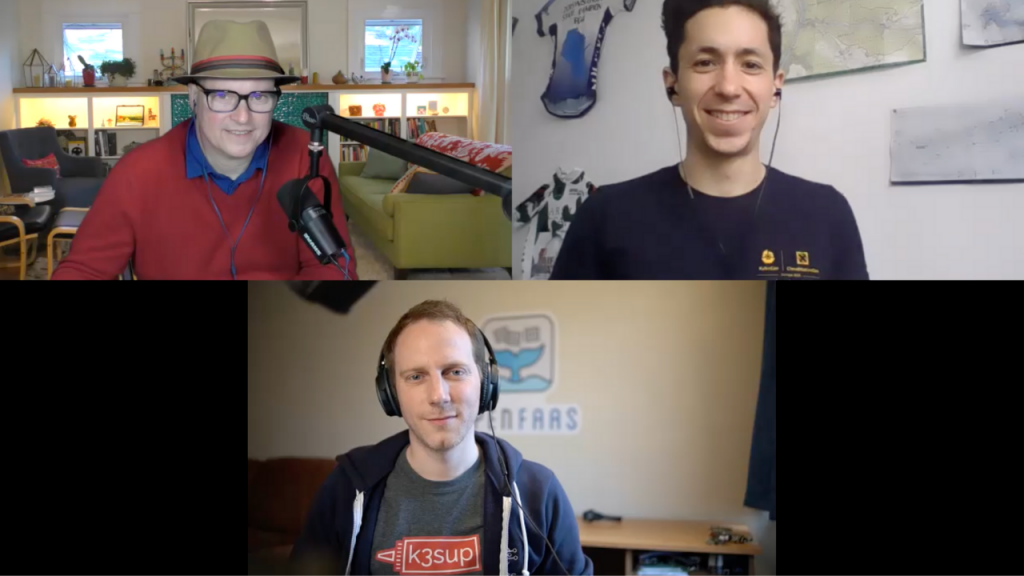 In 2018, Kubernetes had become too big to run on Raspberry Pi. For a while, it meant that kubeadmin could not run on the microdevice. Rancher’s K3s lightweight Kubernetes distribution, representing a new take on Kubernetes: stripped of code, a lightweight version of Kubernetes meant to run on edge devices.

Today, K3s is seeing a rise in popularity as are a host of other new cloud native services that focus on the edge.

It’s now at the point that the Cloud Native Computing Foundation (CNCF) is planning Kubernetes on Edge Day at KubeCon, said Bill Mulligan, marketing manager for CNCF in a podcast recording with Alex Ellis, founder at OpenFaaS, a project that makes serverless functions easier to use, as well as the author of a new course on K3s that will be available for KubeCon+CloudNativeCon 2021 EU, scheduled for May 4-7.

K3s Gets its Due and its Own Day at KubeCon EU

In this episode of The New Stack Makers podcast, Alex Williams, founder and publisher of The New Stack, speaks with Mulligan and Ellis about K3s’ origin, why it has become so popular and how it is expected to support edge deployments in the future.

Darren Shepherd, who is now chief architect at SUSE and a Rancher co-founder, had no inkling K3s would become so widely adopted when he first wrote the code in 2018. As Ellis explained, Shepherd never expected K3s “to actually be a thing.” The reason K3s caught on so fast was largely due to Kubernetes’ complexity, due in no small part to YAML, which many developers struggle with. In that way, K3s was seen as a much more simpler alternative to Kubernetes.

“And so the idea of that word ‘K3s’ is that three is a smaller number than eight as you often see ‘K8s,’” said Ellis.

Now part of the CNCF, K3s, “even if it began as a joke, is now a real thing used by a lot of companies around the industry,” Mulligan explained. For edge applications, K3s has its place in cloud services environments, as well as on-premises and on devices.

“The difference between Kubernetes and K3s is really the size that it takes to deploy K3s,” said Mulligan. “So, when you’re looking at really resource-constrained environments, I think that’s where K3s really shines because you can put it on much smaller devices.”

The wildly popular Raspberry Pi computer serves as a good example of a resource-constrained device that offers a great fit for K3s. “When you combine Raspberry Pi with Kubernetes, it’s just like a Black Friday sale — everyone wants it,” said Ellis. “And one of the things that happened, though, which was quite sad, was that Kubernetes sort of outgrew Raspberry Pi.”

However, today, with K3s, it is possible to load it on an old laptop with an Intel NIC card and with an SSD from which a Raspberry Pi can boot off, Ellis explained. K3s can then be installed on the device directory or with the light-weight utility K3sup (pronounced as “ketchup”). “You’ve [then] got a cluster,” said Ellis. “You can have fun.”

Edge deployments and applications, for which K3 is particularly well adapted as described above, are also drawing increasing interest. As one of KubeCon’s co-located events, Kubernetes on Edge Day should offer much in the way of information and descriptions of edge-related developments, said Mulligan.

“If you want to learn more about how the cloud native ecosystem is innovating at the edge, I definitely recommend checking out that event,” said Mulligan.

Join us at the KubeCon+CloudNativeCon Europe virtual conference on May 4-7, 2021. Register now.