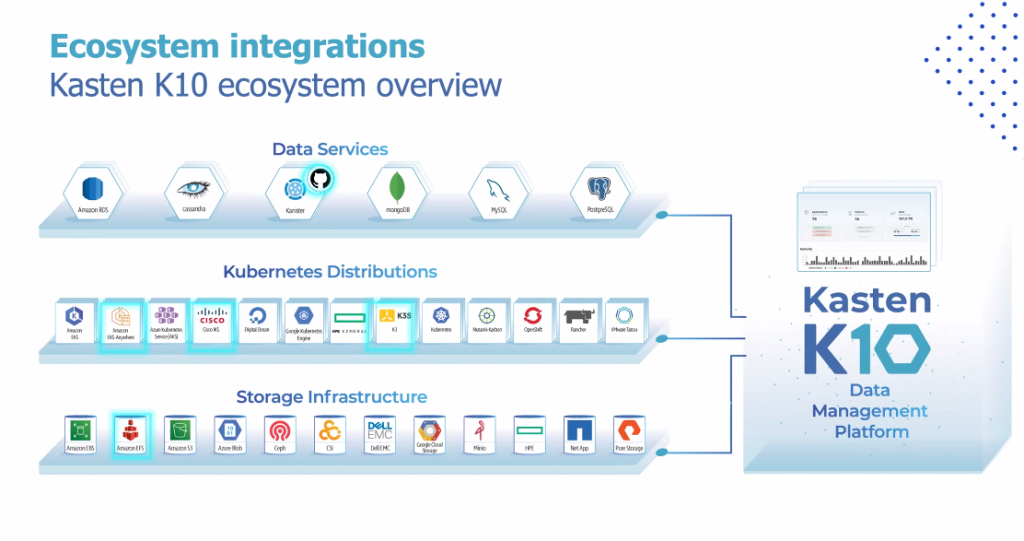 Cloud native data management provider Kasten has added a number of new capabilities to its K10 V4.5 release, with its continued push to improve what operations teams experience managing backups, disaster recovery and security for state and stateful applications on Kubernetes.

Chief among the new features are improved observability with Grafana and other tools and support for edge deployments on Kubernetes. As Kasten noted, a recent report by the Cloud Native Computing Foundation (CNCF) found that more than 90% of organizations surveyed were using Kubernetes in 2020 — an increase of 33% over the previous two years.

As the number of edge nodes performing data acquisition and processing for a variety of applications continues to scale, the number of Kubernetes edge clusters and containers increases concurrently. The struggle to access and quickly restore backups of data and applications on Kubernetes in edge — as well as on-premises and cloud environments — when and if needed from an immutable source becomes that much more difficult.

“What is needed is the right authorizations and access levels. The users with these permissions should be able to recover the application or parts of an application themselves without relying on the IT organization to do that,” Gaurav Rishi, vice president, product, for Kasten by Veeam, told The New Stack. “It could be for cloning in the event of a disaster or it could be for testing purposes, but for data that they want to replicate, they need to be able to access it in an application environment that is Kubernetes-native.”

For edge architectures, Kubernetes is becoming the linchpin. To that end, Kasten’s K10 V4.5’s edge-application backup capabilities include support for K3s — a lightweight version of Kubernetes especially adapted for edge application and support for Amazon EKS Anywhere, a deployment option that allows users to create and manage on-premises Kubernetes clusters. The combination is particularly effective for production workloads in unattended, resource-constrained and remote locations, with a single “pane of glass” for data management of edge endpoints, Kasten said.

The idea also is to extend Kasten’s immutability features to support backup in cloud, on-premises and now edge environments so that backed-up applications and data on Kubernetes remains immutable and immediately ready for redeployment in the event of an infrastructure outage or ransomware or another type of attack.

This extended edge capability and support are important, said Torsten Volk, an analyst at Enterprise Management Associates (EMA), because extending Kubernetes to the edge “is the next big topic in digital transformation as this will enable one unified API layer for developers and operators to efficiently collaborate on delivering consistent end user experiences.”

“Today, there is much custom coding and architecting involved when preparing applications for edge use. This is due to the fact that edge applications need to be able to deal with intermittent connectivity outages, latency spikes, and security challenges that exploit physical access to devices that were lost or stolen,” Volk said. “Supporting K3s, the superstar edge distribution for Kubernetes (from 0 to 18,000 Github stars in 2.5 years), and EKS Anywhere enables Kasten to provide enterprise-grade Kubernetes services for the edge right as Kubernetes edge use cases are heating up.” 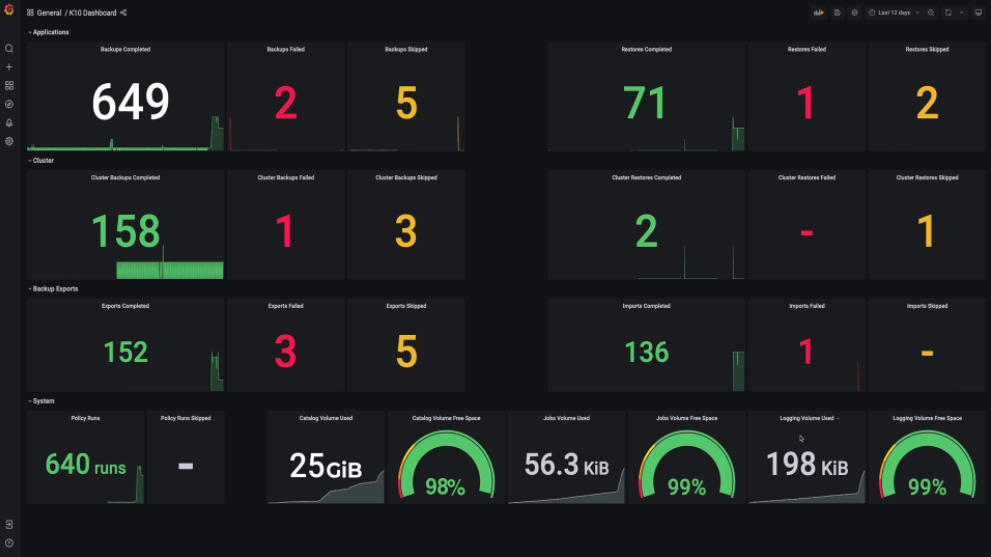 Kasten’s improved support for monitoring and observability for DevOps teams tasked with managing applications and deployments on Kubernetes is critical because, “The decentralization of development teams, the distributed character of cloud native apps, the number of product options modern application stacks that can be created, and the implementation differences between otherwise standardized Kubernetes services make observability the number-one topic for enterprises to worry about in 2021,” Volk said. “Providing a universal set of data APIs for policy-driven [declarative] data management across teams, microservices, and clouds provides customers with the level of operational control needed to bring down operational complexity and become independent of cloud or data center infrastructure.”

Kasten will hold a number of talks at KubeCon+CloudNativeCon, being held this week in Los Angeles, as well as the co-located Cloud Native Data Management conference on Tuesday.