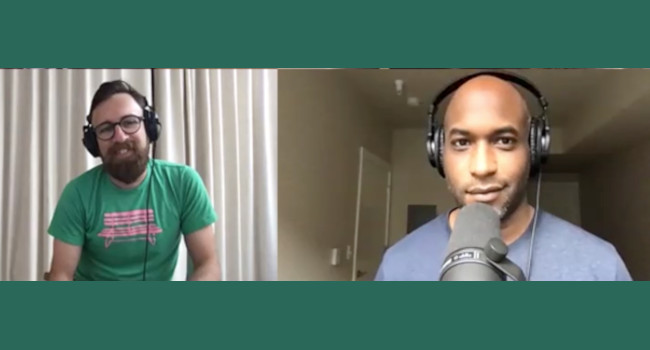 Welcome to The New Stack Context, a podcast where we discuss the latest news and perspectives in the world of cloud native computing. For this week’s episode, we spoke with Kelsey Hightower, a developer advocate at Google, and Ben Sigelman, CEO and co-founder of observability services provider LightStep, about whether or not teams should favor a monolith over a microservices approach when architecting cloud native applications.

Hightower recently tweeted a prediction that “Monolithic applications will be back in style after people discover the drawbacks of distributed monolithic applications.” It was quite a surprise for those who have been advocating the for operational benefits of microservices. Why go back to a monolith?

As Hightower explains in the podcast: “There are a lot of people who have never left a monolith. So there’s really not anything to go back to. So it’s really about the challenges of adopting a microservices architecture. From a design perspective, like very few companies talk about, here’s how we designed our monolith.”

Sigelman, on the other hand, maintained that microservices are necessary for rapid development, which, in turn, is necessary for sustaining a business. “It’s not so much that you should use microservices, it’s more like, if you don’t innovate faster than your competitors, your company will eventually be erased, like, that’s the actual problem. And in order to do that, you need to build a lot of differentiated technology,” he said. Microservices is the most logical approach for maintaining a large software team while still maintaining a competitive velocity of development.

Later in the show, we discuss some of the top TNS podcasts and news posts of the week, including an interview with IBM’s Lin Sun on the importance of the service mesh, as Sysdig’s offer of a distributed, scalable Prometheus, a group of chief technology officers who want to help the U.S. government with the current COVID-19 pandemic, and the hidden vulnerabilities that come with open source security.

SHARE THIS STORY
RELATED STORIES
The Kubernetes Manifest Life Cycle Too Often Overlooked StreamNative Integrates Kafka into Apache Pulsar-Based Cloud Vanguard’s Iterative Enterprise SRE Transformation What Is a Microservice Catalog and Why Do You Need One? Limiting the Deployment Blast Radius
LightStep is a sponsor of The New Stack.
TNS owner Insight Partners is an investor in: The New Stack, Hightower, Sysdig.
SHARE THIS STORY
RELATED STORIES
James Webb Space Telescope and 344 Single Points of Failure AmeriSave Moved Its Microservices to the Cloud with Traefik's Dynamic Reverse Proxy Why Distributed Testing Is the Best Way to Test Microservices The Kubernetes Manifest Life Cycle Too Often Overlooked Vanguard’s Iterative Enterprise SRE Transformation
THE NEW STACK UPDATE A newsletter digest of the week’s most important stories & analyses.
The New stack does not sell your information or share it with unaffiliated third parties. By continuing, you agree to our Terms of Use and Privacy Policy.