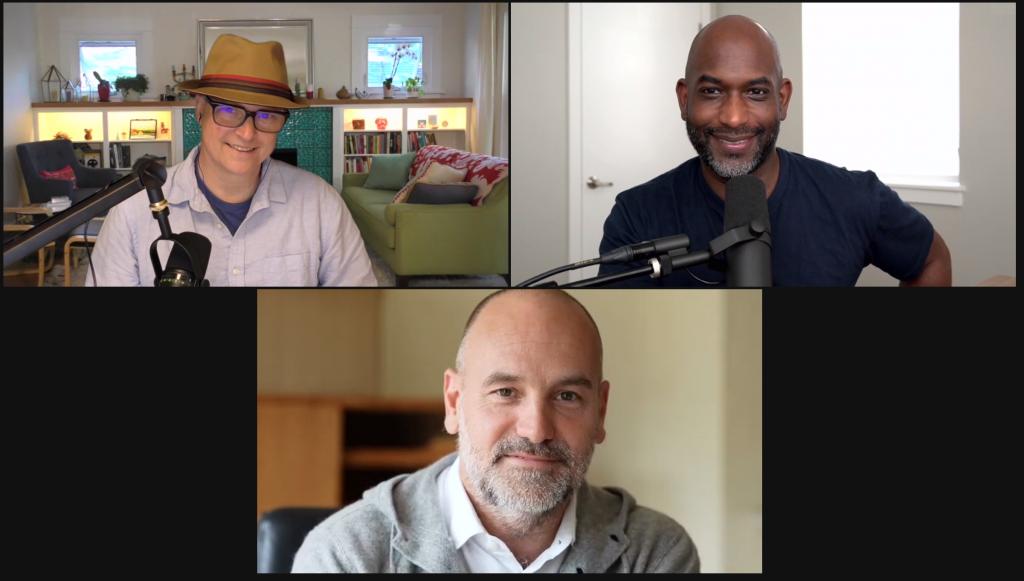 Canonical’s wildly popular Ubuntu Linux distribution (this writer’s hands-down favorite) continues to quietly play a role in the continued widespread adoption of Kubernetes. And that quiet support is as it should be, concluded Kelsey Hightower, Google Cloud Platform principal developer advocate, and Mark Shuttleworth, CEO of Canonical, in this latest episode of The New Stack Makers podcast. Alex Williams, founder and publisher of TNS, hosted this episode.

Taking a step back, Ubuntu, as well as Linux in general, has become much easier to use, expanding beyond what many once considered to be a server operating system and an esoteric alternative to Windows.

“There was this kind of inflection point where Linux has gone from like this command line server-side thing to something that you could actually run on a desktop with a meaningful UI and it felt like we were closing the gap on all the other popular open operating systems,” said Hightower.

Today, the operating system runs in the background in such a way that developers and even operations folks are able to focus more on what is running on top of Linux instead. Those working in the cloud native space and in Kubernetes environments, for example, may even be inclined to report that they “can ignore the low-level details,” Hightower said.

“We hear this every time there’s a technology transition: people believe that the shoulders that we stand on to get to where we are now… can go nameless,” Hightower said.

“If you can build something that people are so comfortable with that they don’t worry about it anymore, you’re essentially freeing all of that intellectual energy up to then focus on problems that arguably are more interesting,” Shuttleworth said. “Time that they would have wasted on details, you’ve now saved them, and in the end, that turns into self-driving cars and drones and all sorts of exciting robotics sort of inventions that bring the future forward effectively.”

Eventually, Kubernetes adoption and management are also expected to pose less of a concern for developers and operations teams. Canonical’s MicroK8s, for example, was created to make Kubernetes more manageable by, among other things, automating the process of node selection for Kubernetes datastores.

With MicroK8s, there are “no options, knobs or dials that you’ve got to connect,” Shuttleworth said. “MicroK8s is an example of a place where we’ve said, ‘look, if you find yourself away from an infrastructure, you’re not on Google Cloud and not on VMware and you’re somewhere awkward, and you just want the simplest Kubernetes, then we can do something for you there with MicroK8s: one command to install and one command [to create] a cluster and you’re done.”

The duo also discussed a recently released report from Canonical found that while 45.6% of the respondents report using Kubernetes in production, only 15.7% report using Kubernetes exclusively, and 21.4% of the respondents manage more than 500 machines. The survey was based on 50 questions from 1,200 respondents and analysts from industry thought leaders representing Google, Amazon Web Services, the Cloud Native Computing Foundation and other organizations.

BC Gain’s obsession with computers began when he hacked a Space Invaders console to play all day for 25 cents at the local video arcade in the early 1980s. He then started writing code for very elementary games on the...
Read more from B. Cameron Gain
SHARE THIS STORY
RELATED STORIES
OpenTelemetry Properly Explained and Demoed Realizing the Dream of Cloud Native Application Portability Enabling Collaborative K8s Troubleshooting with ChatOps Livin’ Kubernetes on the (Immutable) Edge with Kairos Project Docker versus Kubernetes: Start Here
Amazon Web Services, Cloud Native Computing Foundation and VMware are sponsors of The New Stack.
TNS owner Insight Partners is an investor in: The New Stack, Hightower.
SHARE THIS STORY
RELATED STORIES
How Golang Evolves without Breaking Programs Retrospective: Why Was Cloud Foundry at KubeCon? Confidential Compute on Azure with Kubernetes Realizing the Dream of Cloud Native Application Portability SAP Builds a Low-Code Platform on K8s and Cloud Functions
THE NEW STACK UPDATE A newsletter digest of the week’s most important stories & analyses.
The New stack does not sell your information or share it with unaffiliated third parties. By continuing, you agree to our Terms of Use and Privacy Policy.