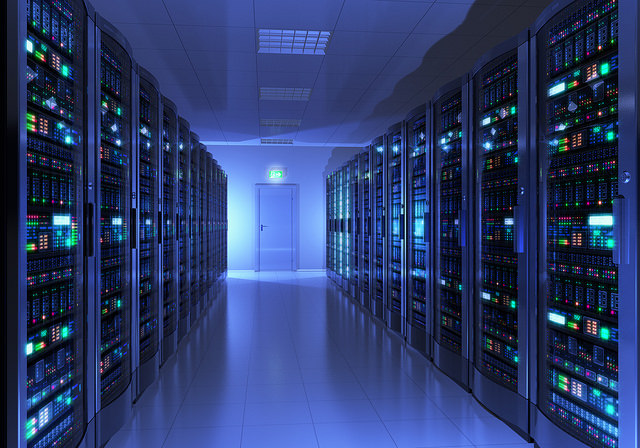 The startup Kismatic has taken on the ambitious strategy of building itself as the go-to commercial open source company at the center of the emerging Kubernetes open source project. CEO Patrick Reilly jokingly refers to Kismatic as both “the Kubernetes company that isn’t Google” and “what Mesosphere is to Mesos, we want to be to Kubernetes.”

Reilly’s business model is for Kismatic to be the go-to distribution service provider for Kubernetes, Google’s open source container cluster manager. To do so, Kismatic has started contributed (in collaboration with Google) a core visualization project to Kubernetes to make it easier for end users, and is building out ecosystem resources in a model that seeks to emulate Docker’s success.

To demonstrate their bona fides, and generate respect and interest amongst potential enterprise customers in what is a very early-stage ecosystem, Kismatic has focused on substantially contributing to the Kubernetes framework by contributing web UI code to the open source project.

“The code is now publicly accessible and in a merge request to be merged into Kubernetes,” says Reilly. “This will be the default web UI: you can see the graph visualization, basically get the statistics about the cluster.”

Eventually, Kismatic wants to be able to sell Kubernetes cluster management solutions to the enterprise, but the way Reilly sees it, Kubernetes will need to be more accessible first. “The first step is to be able to do everything in the interface, then address enterprise requirements of end-to-end security for the cluster,” says Reilly.

So the Kismatic team built the web UI so Kubernetes users can manage their cluster visually:

“We find that when you move towards containerization, users start noticing ‘this process takes this type of resource’, etc., and if we can see those characteristics, we can build a better set up for them. It is something that is really highly optimized, and has a much smaller footprint. With the web UI, you can use hardware more efficiently. Sub-processes may have been taking up 100 percent of the box, but moving to containers uses less resources, so we can constrain the resources down, and we can use interesting tricks, such as running parallel state.

“The main bit for us is a standard landing place to look at your cluster. The tabs are loadable components. The web UI is in the Kubernetes core, but if you have proprietary components you can throw them into the web UI, but never release that code out of your lab.”

Reilly says that when he was first conceptualizing how to create visualizations showing the health of a Kubernetes cluster, Google User Experience Designer Ken Moore sketched a ‘pie-in-the-sky, perfect bar gauge’ for how he thought such a web UI could look. Twelve hours later, coding in D3, Reilly’s team had created the solution which is now being merged into the open source project as the default graphical interface for any Kubernetes user. 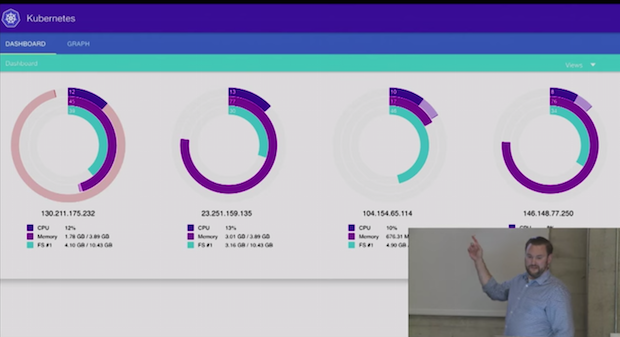 Kismatic is already working with several ‘lighthouse customers’ in the two verticals Kismatic is most interested in chasing first: entertainment and finance.

For finance, most use cases are looking at containerization for testing models, as many of the harder aspects of running applications for this vertical have yet to be solved, particularly around compliance regulations. “What we see with financial companies, it is with hedge funds who want to test theories and not touch real money,” says Reilly. “They are efficiently doing things faster, like testing models against a traditional model. Then looking at 10 years of data, would this model have performed better than the previous model? They are more willing to try things like that than deal with ATM transactions where they may have compliance issues.”

Kismatic’s business model for now focuses on offering different service-level agreements (SLAs) for enterprises who do want to come on board, ranging from basic customer service with ticket response times, to Kismatic support in developing custom applications on top of Kubernetes.

While that brings in some customer revenue, Reilly’s developer team can also keep focused on last mile enterprise features. “We have released the Kubernetes packages on all the major distributions. We are giving tested packages that users can run.

“Now we are looking at end-to-end encryption, and making sure there is an audit trail.”

Challenges of Containerization Adoption in the Enterprise

The two biggest challenges Kismatic faces both come from being at the cusp of emerging infrastructure technologies. First, Kismatic often needs to explain containerization. Even in a business environment where containerized approaches are being adopted very quickly, there is still a lot of 101-ism needed to provide the compelling reasons to move towards containerization if enterprise current workloads are in virtual machines. If they can convince customers of that, they then need to show why it is in their interest to adopt the container cluster management model and very-early stage, minimal-tool ecosystem of Kubernetes over Docker’s more extensive ecosystem landscape and more enterprise-ready offerings.

Kismatic believes the Kubernetes ecosystem will expand quickly, and is adopting some of Docker’s techniques to do so, starting with a Kubernetes Weekly, in the same vein as Docker Weekly. “People who really care about Kubernetes are out there. We want to help influence the product as much as possible so it is a good fit for enterprise,” Reilly says.

Mark Boyd is a freelance writer for The New Stack and ProgrammableWeb. He's into: API economy, open data, smart cities and tech that helps us interact and connect.
Read more from Mark Boyd
SHARE THIS STORY
RELATED STORIES
Devs and Ops: Can This Marriage Be Saved? The Quest for High-Quality Kubernetes Deployments Data on Kubernetes: How We Got Here, What’s Next Deploy Stateful Workloads on Kubernetes with Ondat and FluxCD Case Study: How SeatGeek Adopted HashiCorp’s Nomad
TNS owner Insight Partners is an investor in: Docker.
SHARE THIS STORY
RELATED STORIES
Deploy Stateful Workloads on Kubernetes with Ondat and FluxCD The Next Evolution of Virtualization Infrastructure What Do 'Cloud Native' and 'Kubernetes' Even Mean? OpenTelemetry Properly Explained and Demoed The Quest for High-Quality Kubernetes Deployments
THE NEW STACK UPDATE A newsletter digest of the week’s most important stories & analyses.
The New stack does not sell your information or share it with unaffiliated third parties. By continuing, you agree to our Terms of Use and Privacy Policy.