Knative Crowds out Other Serverless Software (and Other CNCF Survey Takeaways) 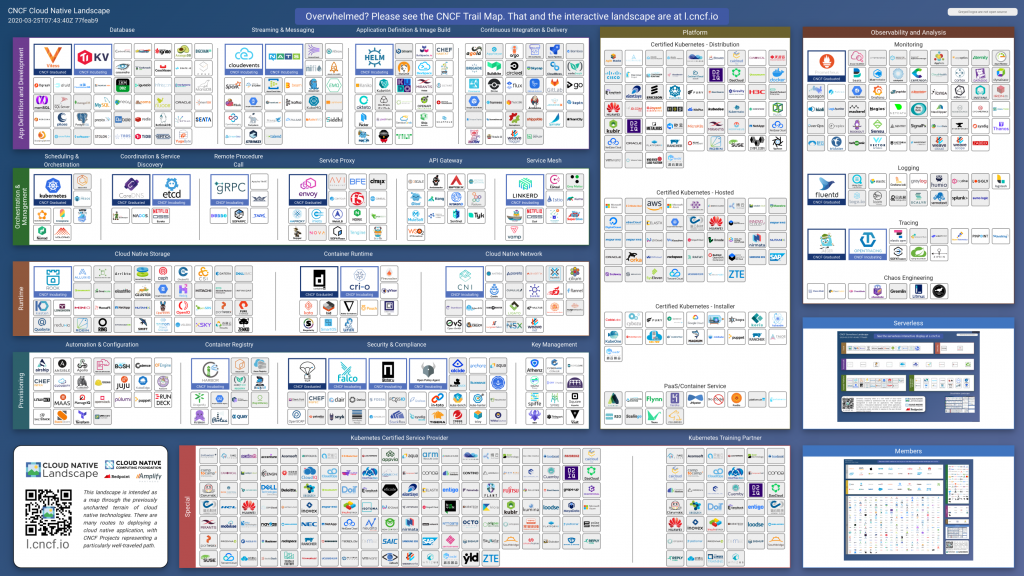 Thanks to the Cloud Native Computing Foundation (CNCF) making its survey data available, we are following-up on several lines of inquiry from a recent article about cloud native tech adoption. Here are a few quick takeaways. 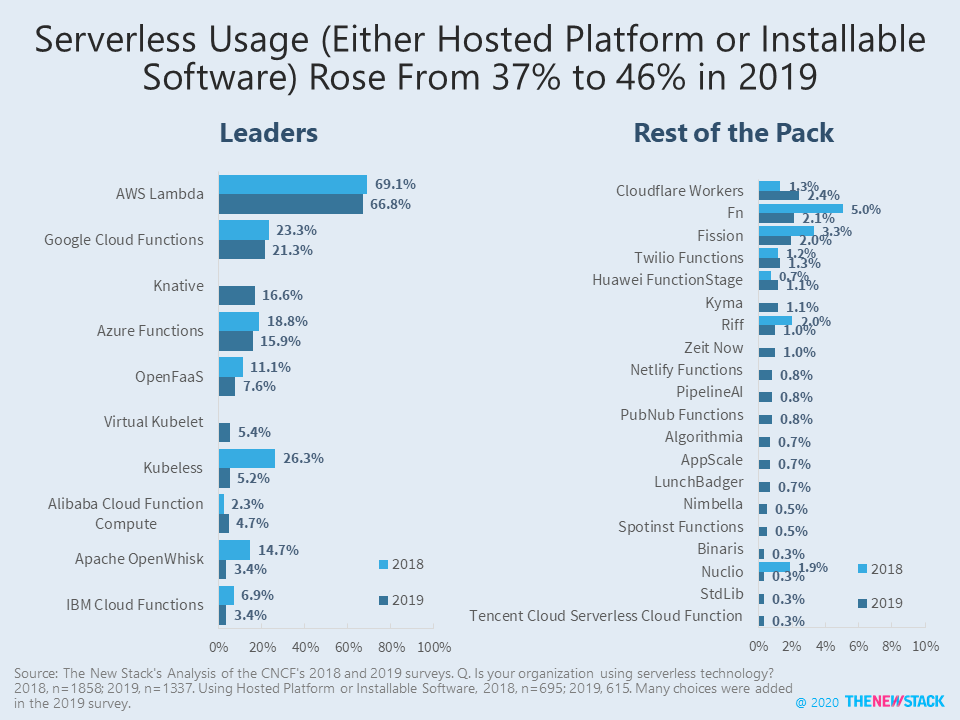 Although directionally similar to CNCF’s published report, the actual numbers from our analysis vary from CNCF’s for several questions. The differences arise because of different assumptions about how to handle non-response and the survey’s logic. For example, CNCF often calculated adoption rates of solutions based on the total number of products in use instead of the total number of people that responded to the question. Of the 17 serverless hosted platforms asked about, respondents described 817 unique deployments, from which CNCF reported that the 432 users of AWS Lambda represented uptake of 53%. In contrast, after filtering out the people that said they do not use serverless, we find that 67% of serverless adopters use AWS Lambda (411 of 615).

Based on our analysis, 39% of respondents are using a service mesh technology in production and another 46% are evaluating something. Digging into the data we found a few interesting trends. As mentioned above, Envoy and Istio are often being used and considered in tandem. This may presage even more vendors packaging both technologies together into their offerings. In addition, while Istio is by far the leader, users are still considering many other options. It is noteworthy that experience with an open source project does not necessarily mean it will be applied to a particular use case. 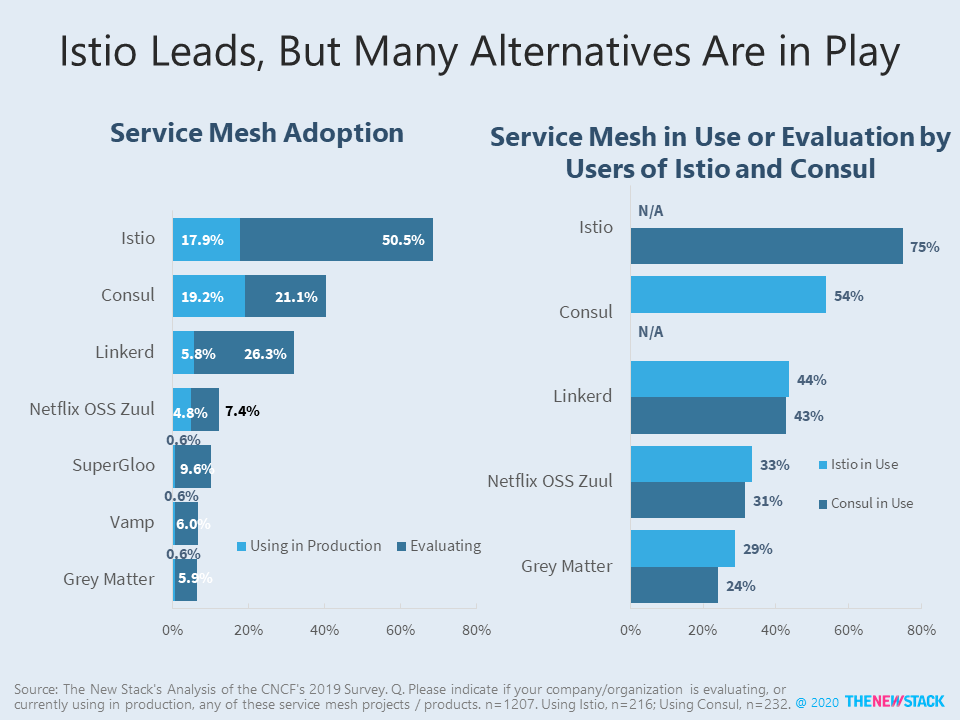 CNCF asked about over 200 technologies and projects, most of which were not cited by many of the survey takers. The questionnaire offered 109 options in its question about managing containers — all the platforms that were in CNCF landscape when the survey was written. CNCF’s report highlighted the top ten, and overall 31 were used by at least 1% (14 of 1,377) of respondents. Many of the remaining choices are used by a few huge enterprise customers, some may be little used variations of a common vendor offering, while other technologies may eventually be abandoned.

It is hard to know why a technology gets few responses in a survey, but a poor showing can cause a product manager much angst. This is just one reason why a membership organization like CNCF often does not publicize results that can be interpreted as declaring winners and losers. The New Stack refrains from calculating market share, especially when interpreting a survey with a non-random sample. However, looking at technologies that don’t get mentioned is helpful when assessing if a marketing team’s hype is matched by underlying demand from end-users.

Included below are charts detailing adoption of CI/CD tools and cloud-native storage options. In both cases, the leading choices seem accurate even if the rankings may differ in other studies. What is more interesting are the choices in the inset boxes. Which of these technologies and companies will have lasting power if technology investments are cut in the next recession?

The article concludes with a listing of which CNCF projects are being used and evaluated. We hope the data can inform discussions about the effectiveness of CNCF’s guidelines about which projects are sandboxed, incubated and eventually graduated. 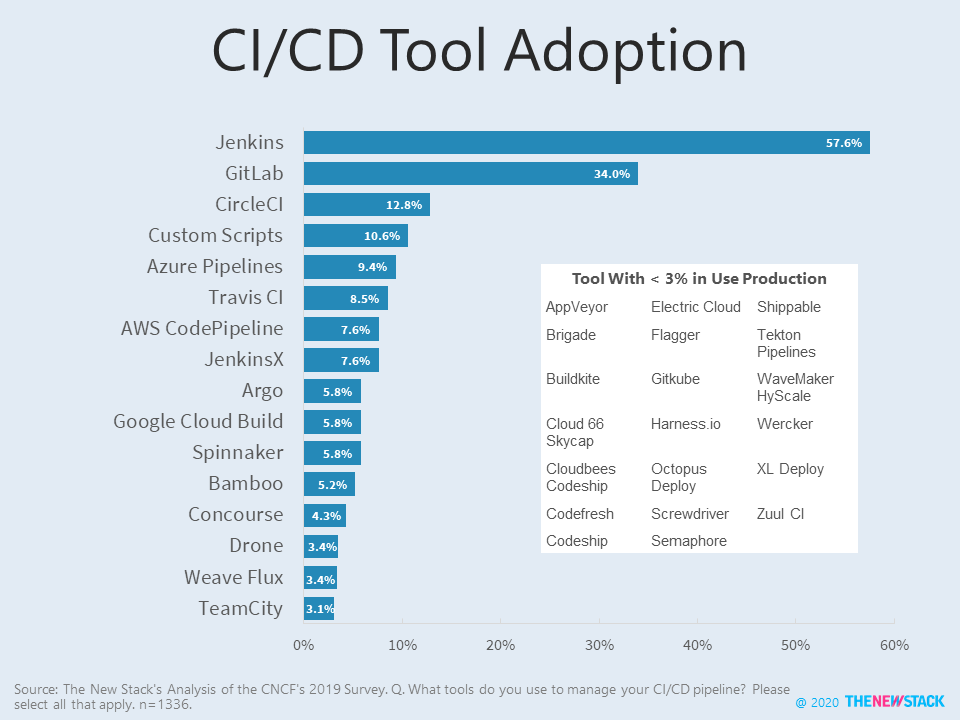 Only 3% of the respondents do not have a CI/CD pipeline. 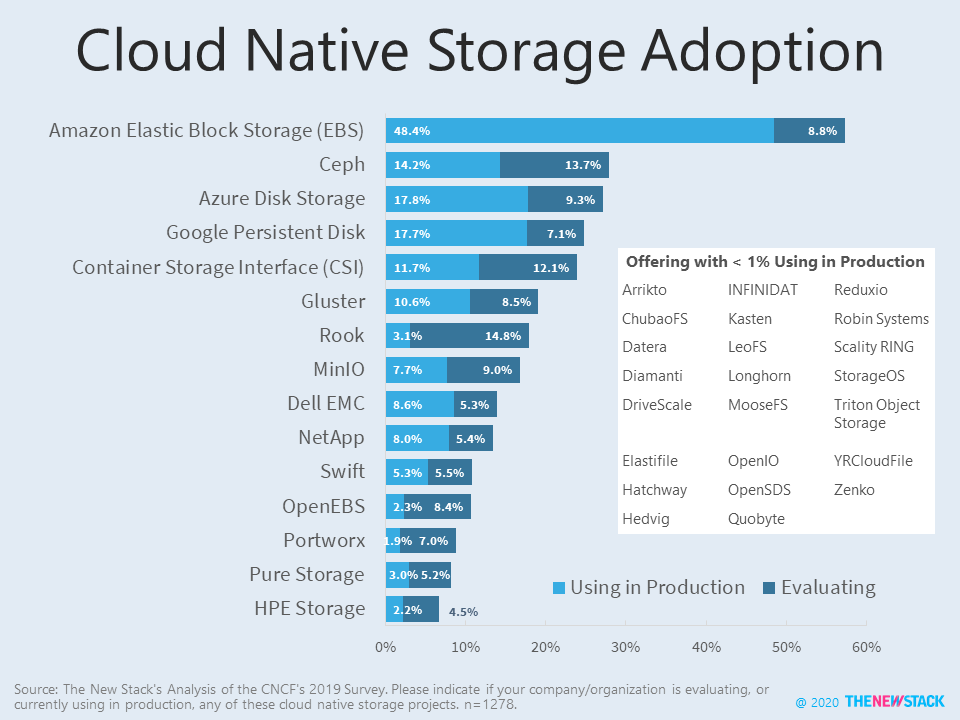