Knative’s Independent Future Outside a Foundation

Why hasn't Google donated Knative to a software foundation, like the CNCF, and does it really make a difference to end users?
Jan 7th, 2020 7:40am by Mike Melanson 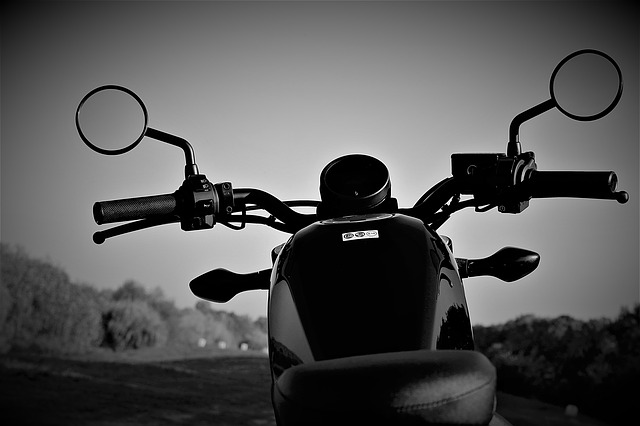 Knative is an open source Kubernetes-based platform to deploy and manage modern serverless workloads originally developed by Google that now boasts contributions from over 50 different companies. Given its proximity to and reliance upon Kubernetes, many in the cloud native world have expected that it would be donated to a foundation, such as the Cloud Native Computing Foundation (CNCF), but this hope was squashed last October, when Knative steering committee member Donna Malayeri posted an “update on Knative foundation status” to the Knative developers forum, saying that Google leadership had considered “questions about whether Knative would be donated to a foundation, such as CNCF” and that it had “decided not to donate Knative to any foundation for the foreseeable future.”

The immediate response to the email was swift, with many in the industry calling the decision “disappointing,” and the steering committee followed up a month later to clarify its stance with an official update (cross-posted to the Google Open Source blog) just days before the 2019 KubeCon+CloudNativeCon. In the update, the committee wrote that “trust is the heart of open source,” citing clear governance as “a means of building and maintaining that trust.”

Admitting that “aspirations are not enough,” the committee laid out four bullet points defining the overarching goals of the project’s governance, which included a clear and documented contributor ladder, the ability of the steering committee to oversee the usage and implementation of the Knative trademark, a widening of the contributor community to prevent any one vendor from having a majority in any part of the project, and the development of governance documents and feedback protocols to enact the aforementioned changes.

The letter, however, did not satisfy many in the community, and talk of Knative’s future status was a common topic of discussion at the conference the following week. In a Twitter thread offering thoughts on the conference, Envoy proxy creator Matt Klein called Google’s decision to donate neither Istio (a service mesh implementing Envoy that works closely with Kubernetes) nor Knative to the CNCF “shortsighted,” saying that it was “creating more angst” than he would have thought.

At the time, we reached out to Google, and a spokesperson offered the following statement.

“Google Cloud and the community are actively investing in continued project growth, sustainability, and adoption for both Knative and Istio,” they said. “Transparency, governance and inclusion are implemented across both projects to ensure distributed decision-making as much as possible. We welcome new community members and anyone invested in the success of either project can help influence direction, much as we encourage in Go, Tensorflow and our other projects.”

“If you want to create a platform for the whole industry akin to the world wide web, then you need your technologies to be in a neutral home” — Alexis Richardson.

In an interview with The New Stack, CNCF Technical Oversight Committee (TOC) member Alexis Richardson responded to the statement, noting that the comparison between Knative and Go or Tensorflow was a bit of a mismatch, in that they are not enterprise platforms. Instead, Richardson focused on the precedent set by Google’s donation of Kubernetes, which in many ways sparked much of the current cloud native landscape.

“It is true that other open source projects can benefit being outside a foundation and are fine outside of a foundation, however, if you want to create a platform for the whole industry akin to the world wide web, then you need your technologies to be in a neutral home. We want Kubernetes and all the things above it in the stack to be part of a neutral home so that we can treat it as infrastructure of the internet. If Google does not put it in there, then they will create a forked Internet, which nobody wants to support,” said Richardson.

This interview with Richardson was in early December, and at nearly the same time, the Knative Steering Committee held an Ask Me Anything (AMA) with members of the community, which you can view in its entirety. The overwhelming majority of the discussion focused on this topic, of Google’s decision not to donate Knative, with Steering Committee members Jaice Singer DuMars and Paul Morie fielding the majority of the questions. At about ten minutes into the AMA, DuMars, a Google employee, offers a response that seems to be core to Google’s take on the situation — that donating the project to the CNCF does not materially change anything or ensure any further success beyond its own governance capabilities.

“There’s a whole slew of assumptions about what the CNCF does and doesn’t do and I think that it’s a little bit dangerous to make those assumptions, because if you assume that by donating you get these things, that’s not true. If we donated this project tomorrow, nothing would change in terms of governance,” said DuMars. “CNCF would not make any changes. The only thing that would be different is that they would hold the copyright for the name Knative.”

While some criticize the Knative Steering Committee for having Google provide a majority of members, with four out of seven members being current Google employees, DuMars points to Buoyant-created Linkerd as an example of an open source project and member of the CNCF that is governed entirely by Buoyant employees. At the same time, DuMars acknowledged the validity of a point made by SAP “open source enthusiast” Krasimir Semerdzhiev during his preceding question, which was that the “CNCF is a way to basically serve as a stakeholder to other projects in CNCF because obviously CNCF cares about its projects interoperating with each other.”

“I think that Krasimir’s comment about the CNCF ecosystem and interoperability is a thing, but that’s not because the CNCF is mandating,” acknowledged DuMars. “It’s because the TOC and the CNCF is leaning toward that, because they want to provide some cross-project assurances and I think that that’s something that may or may not change, but it’s certainly not a core part of what the CNCF does. It’s just part of how TOC runs the projects.”

Nonetheless, the answer to the persistent question of whether and why Google would not donate Knative to the CNCF or any other foundation remained the same – the decision had been made by Google, it was not in the hands of the steering committee, and they would continue to work to provide a clear and open governance outside of any foundation.

For CNCF TOC member Richardson, however, this point was the crux of the conversation. In looking at the situation, Richardson pointed to Istio, which Google had also decided to retain outside of a foundation, as an example.

“The vendor-neutral home is the most important thing because that’s something that cannot be provided by spending money,” said Richardson. “In addition to that, I think there is an incentive to work with other projects that are also in the same vendor-neutral home. So Prometheus, Kubernetes, Envoy and Flux and Argo will all try to integrate with Google Istio if it is in the vendor-neutral home. If it is not, then people would ignore it.”

Following the AMA and a subsequent “all-day working session to deliver on our promise to restructure project governance”, the Knative Steering Committee again offered an update on the Knative’s governance, providing some further details on the bullet points laid out in its first letter. This latest update addresses the concern over a Google-dominated steering committee, saying that additional seats will be opened up for wider inclusion, and lays out some ways that it plans to create “a comprehensive contribution ladder that defines how contributors can become eligible for every role in the project.” Finally, the committee promised an FAQ and answers to lingering AMA questions, as well as a possible “one-day event for the community and our users.”

With all of this promised just before the holidays, the letter remains the last update on the future of Knative governance, but we expect we will all hear more soon.

“I think this is going to be a major topic of conversation for the next twelve months, so I hope you get used to it,” said Richardson.

Feature image by Cicero7 from Pixabay.