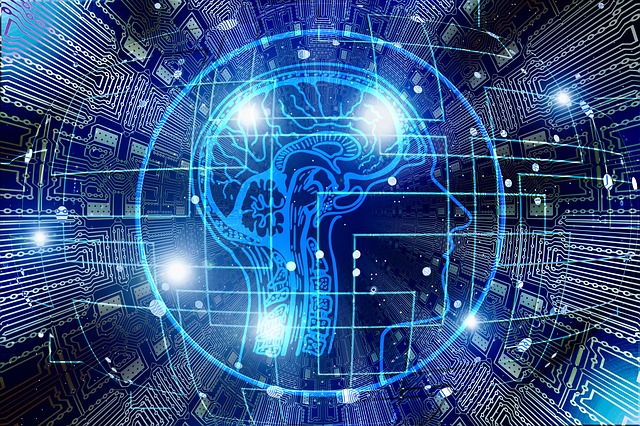 Kong, the company building out a service control platform based on the open source Kong API gateway, has added artificial intelligence and machine learning — Kong Brain and Kong Immunity — to the mix to help provide visibility, security and governance at scale.

“Enterprises are moving to microservices, but don’t have the right platform in place to learn from the traffic these microservices are executing,” said Marco Palladino, Kong Chief Technology Officer. 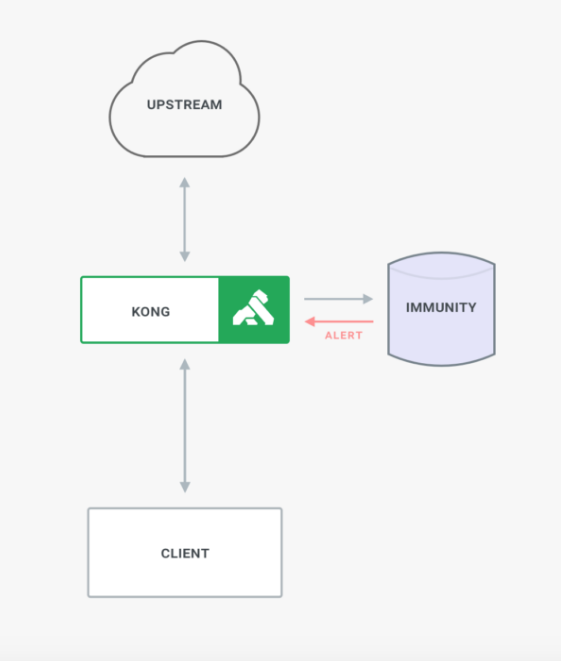 Kong Immunity creates machine learning models asynchronously based on the data being exchanged for each service from Kong running as a sidecar or proxy for each of the different services without affecting performance.

It first sets a baseline “normal” for each service, then flags traffic that deviates from the expected patterns. It then automatically sends an alert to the specified person. It allows users to adjust settings to allow a certain amount of deviation from expected norms.

“We cannot anticipate who is going to be the client making the request, so we cannot know which request can be potentially malicious. So we have to build machine learning models to determine which traffic is valid and which is not.” 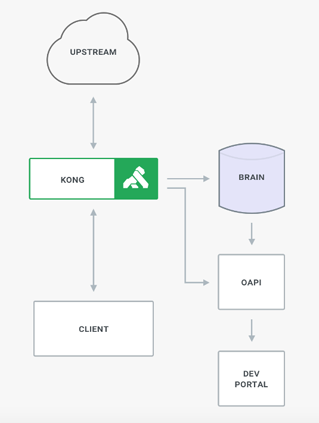 With microservices, the clients for these services increasingly are inside the organization. It can prevent a team from doing something that could crash a microservice and on the dashboard provide visualization of whether anyone in the organization is making requests that might be a threat.

“We do that automatically. With one configuration can enforce this for any microservice. You do not have to create specific rule sets for each microservice,” he said.

Once a team pushes a new or updated service to Kong Enterprise, Kong Brain generates new OpenAPI documentation to the developer portal. It also cares a real-time visual map of services across teams, regions and platforms.

As it continues to learn about the environment, it will flag potential redundancies, bottlenecks and other issues.

“[One of the] reasons microservices fail is because the documentation is not up to date, so teams do not know how to consume other teams’ APIs. When that happens, you lose trust. When they lose trust, rather than relying on others’ work, they create over and over again the same microservices. This defies the purpose of a microservice architecture,” Palladino said.

“Documentation is also changing very rapidly. If the organization is creating all these services, then modifying them, versioning them, decommissioning them, the documentation has to change accordingly. Otherwise, it becomes a mess and nobody knows how to use these microservices.”

Kong Brain auto-generates documentation pushes it to the developer portal, which becomes a catalog of available microservices.

“Documentation now becomes a trusted authority within the enterprise. It gives trust to developers who have to consume another teams’ APIs,” he said.

Kong CEO and co-founder Augusto “Aghi” Marietti, in a previous post for The New Stack, cited the need for a new service control platform to manage APIs. Rather than just transporting information, it will understand the information and make intelligent decisions about what to with it, regardless of the environment, deployment pattern, language, or transport method used, he said.

Kong is built atop the NGINX reverse proxy server. It provides services including a RESTful API interface for the enrollment of APIs in a kind of registry and a platform for plugins, providing a base of common functions from which microservices are frequently borrowing.

Susan Hall is the Sponsor Editor for The New Stack. Her job is to help sponsors attain the widest readership possible for their contributed content. She has written for The New Stack since its early days, as well as sites...
Read more from Susan Hall
SHARE THIS STORY
RELATED STORIES
The Kubernetes Manifest Life Cycle Too Often Overlooked Java's History Could Point the Way for WebAssembly Confluent Adds Tighter RBAC, Grafana and Other Features Limiting the Deployment Blast Radius The Benefits of Using Microservices for Edge Devices
TNS owner Insight Partners is an investor in: The New Stack.
SHARE THIS STORY
RELATED STORIES
Do ... or Do Not: Why Yoda Never Used Microservices Monoliths to Microservices: 4 Modernization Best Practices AmeriSave Moved Its Microservices to the Cloud with Traefik's Dynamic Reverse Proxy Why Distributed Testing Is the Best Way to Test Microservices Confluent Adds Tighter RBAC, Grafana and Other Features
THE NEW STACK UPDATE A newsletter digest of the week’s most important stories & analyses.
The New stack does not sell your information or share it with unaffiliated third parties. By continuing, you agree to our Terms of Use and Privacy Policy.