2016-08-30 08:43:20
Kontena Offers a Kubernetes Alternative That Promises to be Easier to Deploy
Containers / Kubernetes 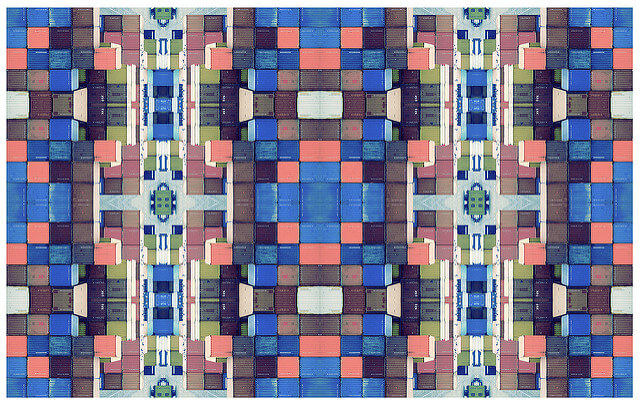 At a recent Kubernetes meetup in New York, when an audience of about 150 was asked, “How many of you are using Kubernetes in production?” only two hands went up, as Sami Ahvenniemi tells the story.

The co-founder of the Finnish company Kontena uses the story to highlight the idea that, for all is benefits, the Kubernetes container orchestration engine is difficult for many companies to use. He is not alone in his concerns: Others point to a long lead-time required for Kubernetes production projects.

Since last year, Kontena offers an open source platform for orchestrating the operations of Docker containers. Considering the momentum Kubernetes has achieved in this sphere — and the growing number of other players in the container-management space – the company looks to have its work cut out for it, an issue that 451 analyst Jay Lyman pointed out in regard to rival startup ContainerX (which is being purchased by Cisco).

“We’re really approaching developers. … Our mission is to build container platform that devs and ops love to use,” Ahvenniemi said.

Kontena’s team, including CEO Miska Kaipiainen and Chief Technology Officer Jari Kolehmainen, formed the company about a year and a half ago. Its open source code has been on GitHub from the beginning.

“They kind of scratched their heads and thought, ‘As a software developer, what kind of platform would I really want to use to run containers and microservices?’… Our aim is to keep things as simple as possible … Configuring, installing, managing — everything about Kontena is made very automatic and easy,” Ahvenniemi said.

Kontena has a simpler architecture and a significantly smaller code base than Kubernetes. It’s written in Ruby instead of the Go programming language. 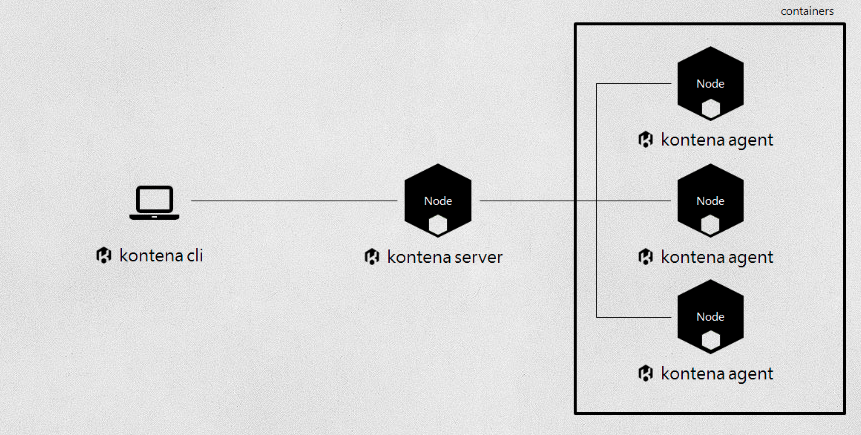 The company is focused on small teams — whether startups or and application team inside an enterprise — who need to get up and running quickly.

So far it supports Docker but plans to add support for other technologies including Windows Containers and CoreOS rkt.

It can be installed on any cloud infrastructure running Linux on any public cloud or in your own private data center; hybrid environment, virtualized or bare metal.

Like Kubernetes, Kontena works at a level of abstraction higher than containers. The primitive building components of Kontena are called services. The grid is the outermost container of the Kontena system. It provides an overlay network using Weave and OpenVPN to allow inter-service communications across hosts.

The user starts with the command-line agent and builds a master server that controls one or more grids You can run even a single node in your grid; the grid can be distributed across different computes — across several availability zones, for example. You can have nodes in Google Cloud, in AWS, in Azure or on premise. It becomes one compute resource for services that live on top of it, Ahvenniemi said.

“When you run our software, you essentially control services. Containers form that service, and how many of each to run, that basically is done by our software, pretty much automatically. You give us the scalable limits and we maintain that state based on the instructions we’ve gotten. Load balancing and all those things are just under the hood,” he said.

You can deploy on bare metal with a single command. “When you need that Google-like scaling, we have the APIs you can dig into and managing more of the resources directly rather than letting us automate as much as we do,” Ahvenniemi said.

Kontena proposes a more complete and automated container that includes more functionality — such as scheduling, orchestration, network overlay, load balancing and secrets management — so that developers using containers do not have to search for and bond together the many individual components on their own for enterprise use, Lyman told The New Stack.

“Kontena understands the reality of containers inside VMs and the gradual growth of containers on bare metal,” Lyman said. The company’s software supports both.

The company has customers who have tried to use Kubernetes and been overwhelmed, then started “Googling around and found us,” he said.

While Kontena has kept a pretty low profile so far — and the software has not yet hit 1.0, though it is being used in production — a $2 million seed round from Lifeline Ventures means the company is expanding, adding offices in New York and Silicon Valley.

One of them is Helsinki-based mobile app-development platform AppGyver.

The company was looking to replace its Heroku deployment — 10 Ruby on Rails apps in three environments — which it provides in customers’ private clouds and on-premise, according to Matti Paksula, its chief technology officer.

Heroku had become prohibitively expensive for the 14-person startup and it could not cost-efficiently develop services that required web sockets, for example.

While it came close to deploying using Deis, it had issues it was not able to resolve.

Kontena had almost all the features AppGyver needed in late 2015 and agreed to add features to match Heroku, such as the ability for a developer to just git push code instead of Docker build/push workflow.

“Kontena has proven to be installable to any hardware that runs CoreOS or Ubuntu, and we’re currently able to just deploy and scale with a couple of commands. With other solutions, we would need to understand more of what’s actually happening with fairly complex Docker orchestration scenarios,” he said.

One of the things it had not been able to do with Heroku because of cost was the ability to deploy a dedicated application runtime for each customer, he said

“Kontena is also fairly easy to extend if we ever needed to change anything,” he said.