KubeCon: 14,000 More Engineers Have Their GitOps Basics Down

As GitOps grows in its ability to leverage DevOps practices via Infrastructure as Code, thousands get up to speed with GitOps Fundamentals.
Oct 26th, 2022 8:12am by Jennifer Riggins 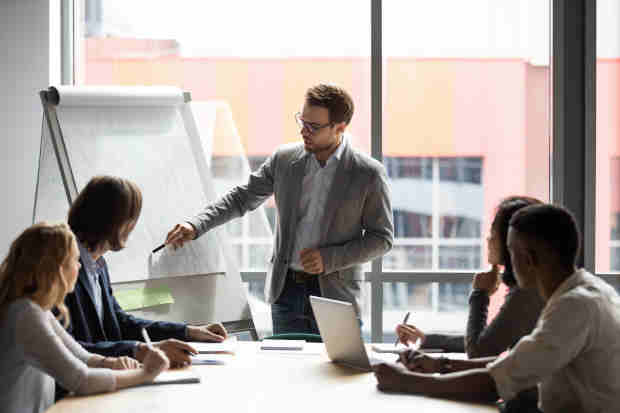 GitOps is made of the tools and practices that translate the cultural transformation of DevOps into Infrastructure as Code (IaC). DevOps is about two decades solid, while GitOps, at maybe four years old, is still nascent. This makes getting started with GitOps hard. While no company’s digital transformation is the same, there’s a demand for more standardized training for companies to find that GitOps single source of truth.

That’s why last January, Codefresh launched the GitOps for Argo certification program. Since then nearly 14,000 engineers have enrolled in the Level 1 GitOps Fundamentals course, which remains free for now.

The New Stack talked to CodeFresh’s co-founder and chief open source officer Dan Garfield at KubeCon+CloudNativeCon North America about the impact of this community certification, which beat signup expectations by tenfold. And we learned how Peloton was successfully able to optimize its GitOps onboarding.

The students who’ve joined the GitOps course over the last ten months aren’t at university. These are the folks in the field already using Kubernetes and deploying software, “just trying to figure out how to level up their processes,” Garfield said. Mostly DevOps engineers and infrastructure engineers, “and then developers who just want to understand deeper in the stack.”

This first course of its kind is based on two open source Cloud Native Computing Foundation projects that came out of the GitOps Working Group:

The first course, Garfield explained, includes organizing repositories for scale, configuring application synchronization policies, an in-depth guide to delivering software during GitOps switches, and how to use the aforementioned Argo GitOps tools to accomplish GitOps.

The course provides full environments for the students’ browsers with Kubernetes clusters and other components pre-installed.

“The number one issue with trainings, with all of them always, is trying to account for everybody’s machines. It’s common to have Docker misconfigured or the wrong Kubernetes cluster, or not enough memory, or people getting lost along the way,” Garfield explained. Instead, this GitOps 101 is built so that, he says, “You can just focus on learning.”

The training includes the entire cloud experience, so students don’t get distracted by concerns like provider quotas already met.

“Most trainings don’t have a mechanism to check if people have done the thing to do the exercise correctly. If they missed [something in] step two and then in step five it doesn’t work,” he said. This course, Garfield argues, is unique in its thoroughness. “Because we host all the environments, we flag issues and check at each step.”

Most people are able to complete the Level 1 certification in under six hours — with 70% passing the test on their first try.

Tabib kicked off their discussion reflecting on the three evolutions they observe happening in the tech industry:

These trends present a need for more predictable processes to bring more engineers onto this cloud native, GitOps path. Something Peloton knew all too well, as it looked to increase velocity in onboarding for varying engineering roles.

“At Peloton, a lot of our engineers use a variety of different tools. If you’re an engineer on the machine learning team, the tools that you use are going to look a little bit different than if you’re an engineer on our leaderboard team or e-com[merce] team,” Sadacharam said. “Argo is a really good example of this because it’s not used equally across all of engineering. Instead, it’s used quite heavily by our platform engineers to create great developer experiences.”

The platform team was tasked with figuring out how to effectively scale onboarding engineers that build different things and have different levels of enthusiasm around infrastructure.

Sadacharam’s team decided to create a new “common but customized” onboarding, a mix of the overall organization’s view and the type of work an individual engineering team is doing. They built out their own Argo course with peer-to-peer learning. Their adoption of GitOps and proper training has allowed them to reduce a new teammate’s time to pull request by 83% to just three and a half days.

Last month, the Level 2 course was launched. It takes about eight to 10 hours to complete and only about 30% so far have passed it on the first try. Garfield says this is because it’s focused on the much more rigorous challenge of performing GitOps at scale.

They’ve also established a Discord community around this training called GitOps Champions. While it is currently free to take both courses, they expected about a thousand students within the first year, and they’ve had about 14,000 within the first 10 months. Garfield warned that it’s not sustainable for the course to be free indefinitely, so take advantage while you can. Meanwhile, they are looking at ways to deliver even more GitOps training in smaller bites, and at creating another training course tackling the even more complex, even more nascent GitOps on the Edge.