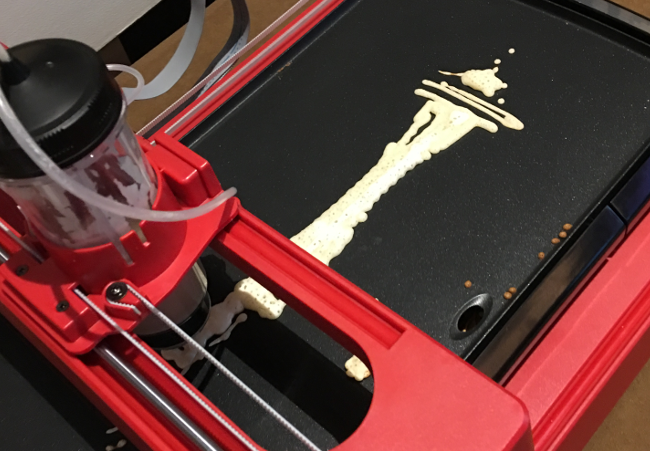 Last December, Joyent chief technology officer Bryan Cantrill asked if we had reached “peak confusion” in the container space, referring how the possible combinations of container technologies and platforms would leave any CTO, however, prescient about future technologies, completely bewildered.

Nearly a year later, could the Cloud Native Computing Foundation‘s Kubernetes, and its fellow CNCF projects, be providing a solution to this dilemma?

At the TNS Analysts Pancake Breakfast Panel, held Nov. 8 at CloudNativeCon 2016, CNCF Executive Director Dan Kohn was joined by Comcast Systems Architect Erik St. Martin, CoreOS CEO Alex Polvi, and Wercker CTO Andy Smith to discuss the progression and future of Kubernetes. They fielded audience questions regarding its adoption in the enterprise and highlighted between them how developers can best circumvent some of the challenges still facing developers working with Kubernetes today.

At Comcast, St. Martin explained that while the company had considered building its own solution from the ground up, in the end, Kubernetes came out on top. It came down to rethinking how Kubernetes worked and putting those third-party tools to use to put together a Kubernetes stack that worked for the company. “As far as networking and real-time thread constraints, we’ve had a bit of stuff, but fixing those problems was far simpler than what we would have had to do from scratch. I think you’ll see the peak confusion start to end. I think we might have passed peak confusion. I think that Kubernetes is pulling ahead and taking the category as one that is definitely helping,” said St. Martin.

“Our use cases are pretty much the same. We need to deploy things often and easily. You just say, ‘apply deployment,’ and everything solves itself. Do everything often, so that you know it works. If you do it every day or even every couple of minutes, you can be sure it’s going to work. Kubernetes takes all the pain off of that,” said Smith.

In continuing its goal to be a truly cross-platform contender, CNCF has launched a new project, similar to a marketing demo, now running on the CNCF Community Cluster. This project aims to allow developers to get an idea of how they could use Kubernetes within their own stack. “We picked three kinds of workloads, a Google Analytics clone in Node.JS, a distributed computing client, and a distributed kernel compiler. The goal is to get that identical demo running on GCP Azure or a DigitalOcean packet and accept pull requests from any other hosting company.”

When the audience began to question the use of Kubernetes on bare metal deployments, the consensus from the panel was that it was a stumbling point that ultimately still needs to be addressed. “I think it’s a bit of a hole in our stack. There is still a lack of consensus as to what is the best deployment to get a cluster up and running on bare metal. The CNCF demo chose Ansible, but the idea is to demonstrate best practices. I think we’re much less confident that that is the solution going forward,” said Kohn.

“It’s also just a void right now in the space,” echoed Polvi. Smith countered Kohn with a statement on how Wercker approaches developing software, “Ansible almost like a bad word at our office. We want to talk to APIs, and that’s it. That’s where we’re developing software now. Everyone’s last time they touch a server should be turning on Kubernetes, and that’s it. Everything else should be through APIs.”

As for the future of the platform, 17-year-old Kubernetes maintainer Lucas Kaldstrom offered his thoughts. “I’d like it to be a lot easier to set up. That’s really important. So more people can adapt and use Kubernetes. Right now, it’s extremely hard to set up. I think we’re working hard on that in the production life cycle, and anyone who is willing to contribute with us would be great.”

Polvi echoed the statement, emphasizing the wealth of possibilities available to developers now that Kubernetes has found its footing within the ecosphere. “It reminds me a lot of IOS or Android, what is something you can go build or do because this new platform exists. We’re crossing from making the platform work, to go build Uber or whatever is enabled because of that platform existing. You couldn’t build these things as of like a year or two ago.”

Smith closed out the discussion on a high note ripe with possibility: “Once people stop designing for Linux and start designing for Kubernetes, that’s where the real magic is going to start happening.”

The Cloud Native Computing Foundation, CoreOS, Docker and Wercker are sponsors of The New Stack.