2020-08-24 17:00:02
KubeCon Pancake Breakfast: Why Your K8s ‘Stack’ Should Be Boring
podcast,the-new-stack-analysts,the-state-of-the-kubernetes-ecosystem,

KubeCon Pancake Breakfast: Why Your K8s ‘Stack’ Should Be Boring 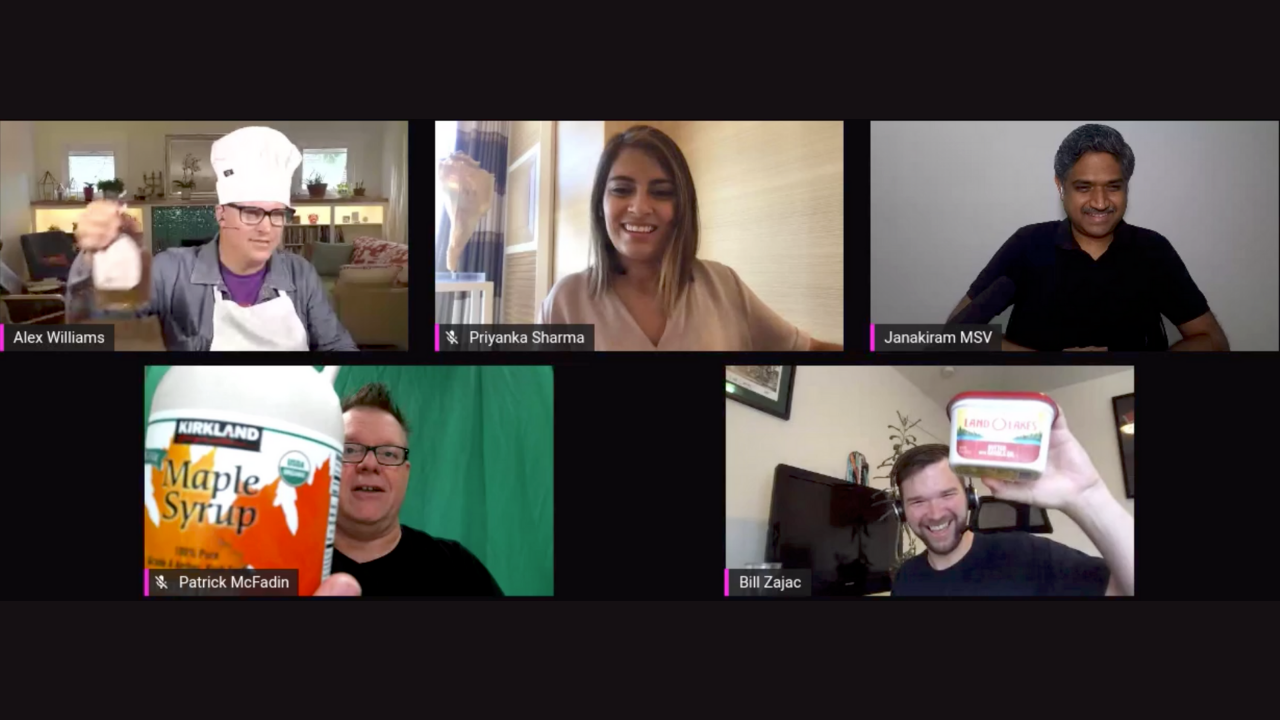 Kubernetes is becoming boring and that’s a good thing — it’s what’s on top of Kubernetes that counts.

In this The New Stack Analysts podcast, TNS founder and publisher Alex Williams asked KubeCon attendees to join him for a short “stack” at our “Virtual Pancake Breakfast and Podcast” to discuss “What’s on your stack?”

KCCNC 2020 EU Virtual Pancake Breakfast: Why Your K8s ‘Stack’ Should Be Boring

Kubernetes may not be completely boring yet, but it is getting very close — and that’s a good thing, Sharma explained.

“Kubernetes is solid and mature — and that’s equivalent to boring. And I say ‘kudos’ to the community and the ecosystem for getting there,” she said. “I think in all seriousness this is not something to underestimate just because all of the hard work that goes into making something stable and reliable.”

Much work remains to be done, even as the core technology of Kubernetes approaches boring. Many sectors still lag in its adoption, such as the telecommunications industry.

“There’s a tremendous opportunity for telecoms to modernize their infrastructure needs and to reduce operating costs,” said Sharma.

Research results recently published in The New Stack ebook “The State of the Kubernetes Ecosystem” show deployments with more than five clusters continue to increase overall, but this phenomenon mostly occurs at larger companies. At the same time, the growth in clusters is “really on the application tier,” said McFadin. “Communities are popping up around data in Kubernetes and that’s the missing link right now. I just did a talk this week about whether or not Kubernetes is ready for data. And spoiler alert: no, it’s not — it’s built for applications.”

Improvements are expected to be made so that developers can do their work without being bogged down with infrastructure-related management tasks. To that end, service mesh should continue to help with “plugging a very important gap in the Kubernetes stack,” said MSV.

“In terms of innovation, we are going to see a lot of advancements in service mesh,” he continued. “Service mesh is going to be a very, very important technology — and it is also the foundation for the developer experience on top of Kubernetes.”

Open KubeCon Pancake Breakfast: Why Your K8s ‘Stack’ Should Be Boring on YouTube.

The continued adoption of Kubernetes should also continue to change and shape DevOps’ roles in the future. SREs will likely play a more prominent role while fewer admins may be needed.

The Cloud Native Computing Foundation, DataStax, Dynatrace and KubeCon+CloudNativeCon are sponsors of The New Stack.