In this latest edition of The New Stack Makers podcast, we spoke with Priyanka Sharma, CNCF general manager and CERN's Ricardo Rocha about what to expect from KubeCon+CloudNativeCon 2022.
Oct 13th, 2022 1:22pm by Joab Jackson 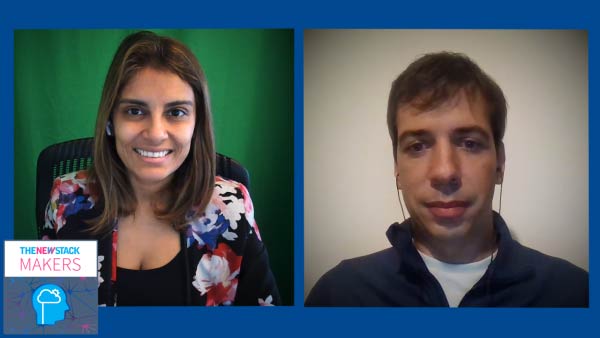 It’s that time of the year again when cloud native enthusiasts and professionals assemble to discuss all things Kubernetes. KubeCon+CloudNativeCon 2022 is being held later this month in Detroit, October 24-28.

In this latest edition of The New Stack Makers podcast, we spoke with Priyanka Sharma, general manager of the Cloud Native Computing Foundation — which organizes KubeCon — and CERN computer engineer and KubeCon co-chair Ricardo Rocha. For this show, we discussed what we can expect from the upcoming event.

This year, there will be a focus on Kubernetes in the enterprise, Sharma said. “We are reaching a point where Kubernetes is becoming the de facto standard when it comes to container orchestration. And there’s a reason for it. It’s not just about Kubernetes. Kubernetes spawned the cloud native ecosystem and the heart of the cloud native movement is building fast, resiliently observable software that meets customer needs. So ultimately, it’s making you a better provider to your customers, no matter what kind of business you are.”

Of this year’s topics, security will be a big theme, Rocha said. Technologies such as Falco and Cilium will be discussed. Linux kernel add-on eBPF is popping up in a lot of topics, especially around networking. Observability and hybrid deployments also weigh heavily on the agenda. “The number of solutions [around Hybrid] are quite large, so it’s interesting to see what people come up with,” he said.

In addition to KubeCon itself, this year there are a number of co-located events, held during or before the conference itself. Some of them are hosted by CNCF while others are hosted by other companies such as Canonical. They include the Network Application Day, BackstageCon, CloudNative eBPF Day, CloudNativeSecurityCon, CloudNative WASM Day, Data-on-Kubernetes Day, EnvoyCon, gRPCConf, KNativeCon, Spinnaker Summit, Open Observability Day, Cloud Native Telco Day, Operator Day, The Continuous Delivery Summit, among others.

What’s amazing is not only the number of co-located events, but the high quality of talks being held there.

“Co-located events are a great way to know what’s exciting to folks in the ecosystem right now,” Sharma said. “Cloud native has really become the scaffolding of future progress. People want to build on cloud native, but have their own focus areas.”

“There’s a lot of value in co-located events, because you get a group of people for a longer period in the same room, focusing on one topic,” Rocha said.

Other topics discussed in the podcast include the choice of Detroit as a conference hub, the fun activities that CNCF have planned in between the technical sessions, surprises at the keynotes, and so much more! Give it a listen.