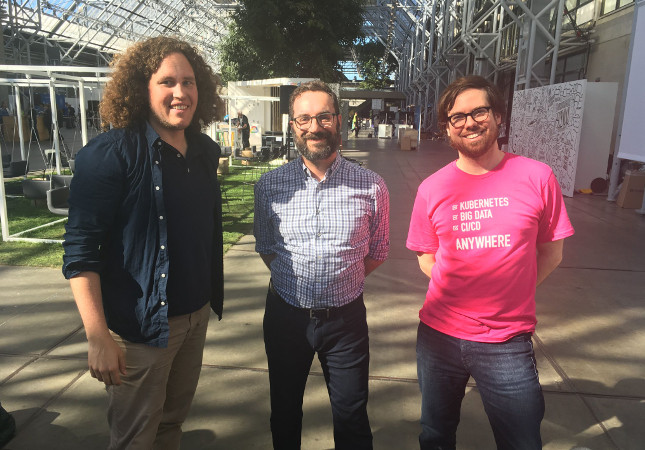 Artificial intelligence may be at the peak of its hype cycle for modern businesses, but for the IT administrator, it is still a headache, requiring software and processes that may reside entirely outside the normal sphere of operations. But help is on the way. At Kubecon + CloudNativeCon EU 2018 last month, David Aronchick, KubeFlow co-founder and Google ‎product manager, introduced the first working version (0.1) of Kubeflow, software that packages the most popular AI and machine learning tools so they can be easily run on the Kubernetes container orchestration engine.

“We can’t ask people to be experts in everything,” Aronchick told the audience at Kubecon, in a keynote introducing the technology. He noted that today’s AI tools, such as Jupyter Notebooks or TensorFlow, have to be managed individually and often at great effort (the “bespoke” model he calls it). Kubeflow could rationalize this unruly set of software, by offering a common platform upon which they can all be managed, and offered easily to the end-user, the data scientist.

Mesosphere is leading the enterprise transformation toward distributed computing and hybrid cloud portability. Mesosphere DC/OS is the premier platform for building, deploying, and elastically scaling modern, containerized applications and big data without compromise. DC/OS makes running containers, data services, and microservices easy, across any infrastructure — datacenter or cloud — without lock-in.

Kubeflow was designed to be scalable, portable and composable. “Every data scientist will have a slightly different take” on how to build out a system, Aronchick noted. Kubeflow accommodates this needed flexibility. The software primitives are captured as settings in declarative configurations for Kubernetes, allowing the software to be deployed across different platforms. The keynote demo showed how the same modeling software could be run both on a laptop, and on a Google Cloud Platform Kubernetes cluster running Tensor processing units.

On this newest episode of The New Stack Makers, recorded at Kubecon, we talk with Aronchick as well as Mesosphere product marketing manager Chris Gaun and Mesosphere’s technical lead for community projects Jörg Schad about Kubeflow, how it came about, how it runs, and where it could be used, and the road ahead.

2:08: How do you incorporate data science with corporate IT?
5:30: Using Kubeflow as a data statistician
8:53: How Kubeflow fits into the data science pipeline
12:55: How teams are developing and implementing data science
15:28: What does Kubeflow look like to the package provider?
17:19: Working with Anaconda and Kubeflow.


Additional footage in this video was supplied by Mesosphere.