The recent general availability releases of KubeOne 1.4 and Kubermatic Kubernetes Platform (KKP) 2.19 reflect Kubermatic’s ongoing push to expand the automation of Kubernetes-cluster management.
Feb 23rd, 2022 3:00am by B. Cameron Gain 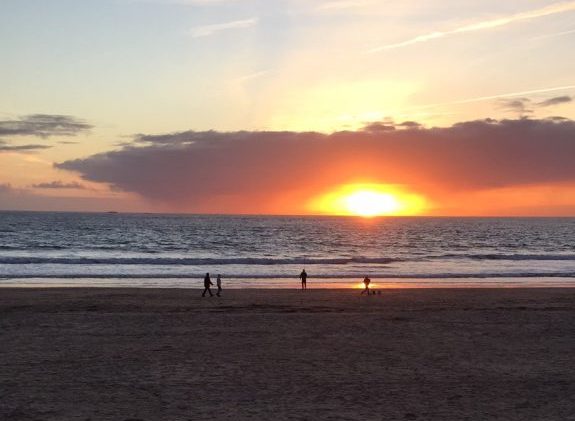 The recent general availability releases of KubeOne 1.4 and Kubermatic Kubernetes Platform (KKP) 2.19 reflect Kubermatic’s ongoing push — based largely on feedback from the open source community — to continue its support for DevOps teams by expanding the automation of Kubernetes-cluster management.

Kubermatic — originally called Loodse until the company changed its name in 2020 — has sought to offer DevOps teams a centralized and simplified way to create and manage Kubernetes clusters, especially at scale. Designed to manage many of the enormously complex tasks for Kubernetes deployment and management, automation that runs underneath the hood has been a key component. Kubermatic platforms and tools assume many of the complex commands and processes that DevOps teams might otherwise would have to configure themselves.

KubeOne 1.4, among other things, offers a new version of its KubeOneCluster API solves a number of issues users were experiencing for cluster-configuration management, Marko Mudrinić, software engineer at Kubermatic and a Kubernetes contributor and release manager, told The New Stack. One of these problems consisted of users requiring a ContainerRuntime feature for configuring registry mirrors, private registries and other configuration tasks users previously had to run manually.

Users often expressed a need for these ContainerRuntime features “to run out of the box and that wasn’t possible before,” Mudrinić told The New Stack.

The open source community offered a significant amount of input for the development of Cilium CNI support for the KubeOne 1.4 release. As a CNCF (Cloud Native Computing Foundation) incubating project for network-connectivity between container workloads in cloud native environments, Cilium has been integrated with KubeOne so users can take advantage of the Hubble add-on, which is built on top of Cilium. Hubble offers KubeOne users network and security observability with Cilium through a dashboard, enabling “deep visibility into the communication and behavior of services as well as the networking infrastructure in a completely transparent manner;” according to the Hubble add-on documentation.

Other new features KubeOne 1.4 offers that Kubermatic communicated include:

“This release is focused on improving the user experience, advancing networking performance and paving the way forward for air-gapped environments which are in high demand for edge use cases, Mita Bhattacharya, a product manager for Kubermatic told The New Stack. “Organizations that already run a couple of distributed Kubernetes deployments, need to access multiple dashboards to get a comprehensive status overview,” Bhattacharya said. “To help these  organizations streamline their Kubernetes operations without having to throw away existing clusters, KKP users can manage and upgrade external clusters directly from the KKP dashboard.”

With the 2.19 release, Bhattacharya said it is now possible to import existing AKS, EKS and GKE clusters and manage their lifecycle with the KKP dashboard. “This has been achieved using APIs only,” Bhattacharya said. “Moreover, we now provide experimental support for Operating System Manager (OSM) that gives users better control over their OS in hybrid cloud and edge environments. We will leverage this for the upcoming air-gapped environments that are in high demand for advanced edge use cases.”

Like the KubeOne 1.4, there is a lot of emphasis on Cilium CNI support. KKP users can now “choose between the two most popular CNIs Canal and Cilium, or simply add and manage a CNI of their choice — regardless of whether it’s supported by KKP or not, Bhattacharya said.

“By adding support for Cilium CNI, we are offering our users not only the two CNI best options, but we also provide them with the option to choose what they are comfortable with. For example, KKP users can select their choice of default CNI from the UI itself,” Bhattacharya said. “We have provided the option of Canal and Cilium, or they could choose to bring their own CNI. In the future, our goal will be to continue to provide this flexibility for all our features.”

BC Gain’s obsession with computers began when he hacked a Space Invaders console to play all day for 25 cents at the local video arcade in the early 1980s. He then started writing code for very elementary games on the...
Read more from B. Cameron Gain
SHARE THIS STORY
RELATED STORIES
How to Handle Sessions with Cookies and Tokens  5 Ways to Improve Your Web Application and API Security State of the API: Monetizing API Deployment Is on the Rise The Flywheel Effect of Kubernetes APIs Composing a Platform by Patching Crossplane Resources
TNS owner Insight Partners is an investor in: The New Stack, Docker.
SHARE THIS STORY
RELATED STORIES
Crossplane: A Package-Based Approach to Platform Building What TNS Readers Want in 2023: More DevOps, API Coverage 5 Software Security Goals All CTOs Should Prioritize Improve the Quality of Your APIs with Spectral Linting Platform Engineering in 2023: Dev First, Collaboration and APIs
THE NEW STACK UPDATE A newsletter digest of the week’s most important stories & analyses.
The New stack does not sell your information or share it with unaffiliated third parties. By continuing, you agree to our Terms of Use and Privacy Policy.