The Kubermatic Kubernetes Platform 2.18 offers a number of new features to layer on day two and day three operations and provide its target audience -- Kubernetes users with a high level of complexity -- an automated and integrated Kubernetes environment.
Sep 22nd, 2021 7:00am by Mike Melanson 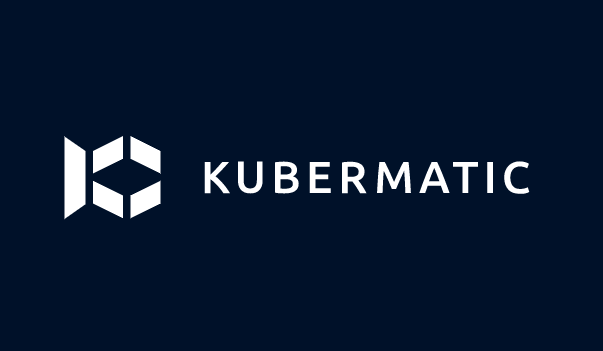 Kubermatic has released the latest version of its Kubermatic Kubernetes Platform (KKP), which it says is the biggest release to date. Formerly known as Loodse, Kubermatic adopted its new name last year, and with it a new vision of providing an automated version of Kubernetes. With KKP 2.18, Sascha Haase, vice president of Edge and Product at Kubermatic, explained that the company’s latest release furthers its goal of providing “power through automation.”

“Our vision at Kubermatic is that we want to put emphasis on the power through automation and we really want to achieve the highest degree of system autonomy that there is so that you don’t need any human attention at all,” said Haase. The problem, he pointed out, is that companies need to have all this automation under a single IT umbrella.

“It’s pretty clear that the digital leaders in any space or environment that we’ve ever seen so far are cloud native. Gartner said that there’s a huge adoption, but the interesting part is, only 5% of the applications that have been migrated live in cloud native, which seems a bit contradictory, but it is not,” said Haase. “When you see that there’s a huge gap between different organizations, we think that there needs to be one IT to rule all of the systems and settings. You have to have a level of connectivity between services applications and the platform itself that has not been seen before.”

To that end, KKP 2.18 offers a number of new features to layer on day two and day three operations and provide its target audience — Kubernetes users with a high level of complexity — an automated and integrated Kubernetes environment.

Haase first pointed to KKP’s addition of edge-ready monitoring, logging and alerting with the integration of several open source tools, including Prometheus, Grafana, Loki, and Cortex. Not only do the integrations follow KKP’s existing user permissions, but they are also available in a dashboard, enabled with a single click. The company also emphasized that, due to the KKP’s architecture, the new feature is “a perfect fit for a highly distributed edge-scenario where every piece of memory counts,” according to a blog post detailing the features of the new version. Haase further explained that the new integration was built because “especially when we talk about edge, and great scale, existing solutions that you can buy have a huge influence on budget,” noting that some are quite expensive. 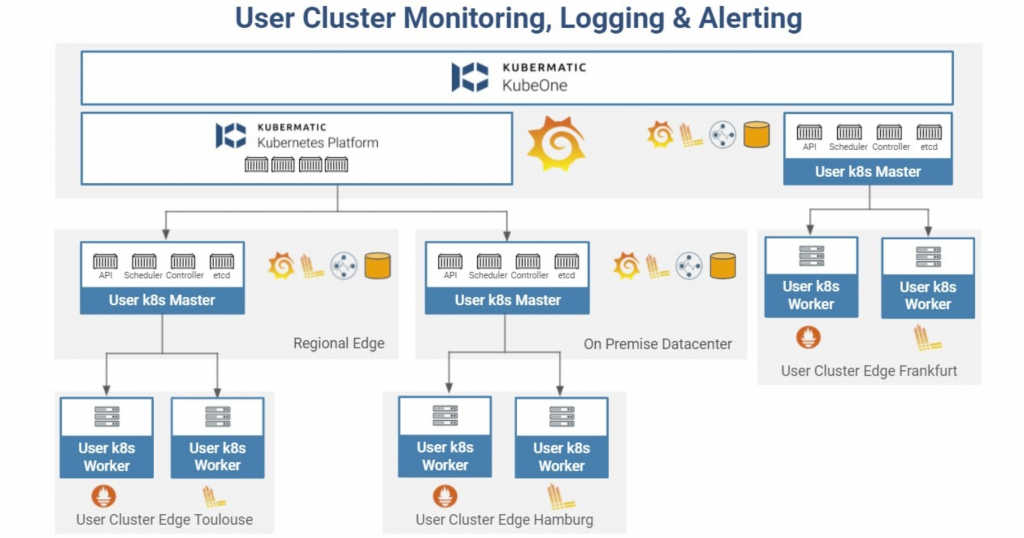 Next, KKP 2.18 also brings a number of features around simplified governance and control, all centrally managed through the KKP UI. For example, users can now create cluster templates to make future cluster deployment quicker and easier, allowing for custom and repeatable configurations according to where the cluster is deployed, whether on-prem or on a public cloud. Open Policy Agent, which gained support in KKP 2.17, also saw some enhanced capabilities, such as limiting which container registries would be allowed to deliver images into KKP. Automatic backups are also now available, and Haase again emphasized that the user interface was a key component here, because their original backup integration was “a bit more heavy to lift”.

“Flexibility, in combination with the scale and complexity, often is contradictory, but we try to make that achievable through our software,” said Haase.

KKP 2.18 also introduces a new metering integration, which Haase explained would be “very easy to integrate into your enterprise resource planning (ERP) systems, and then make comparisons to one another, and get your data science team to work out where the optimal workload could be deployed.”

Alongside its new metering integration, KKP also adds more advanced AWS Spot Instances support, which it says will enable customers to configure Spot Instances according to cost, helping to save “up to 70%”.

Finally, KKP 2.18 also adds some new migrations tools, such as one for the upcoming Docker runtime deprecation. While the deprecation is nothing to panic about, it is something administrators would have to handle, and Haase offers up their migration tool as something that again exemplifies their focus on “power through automation”.

“In that regard, I think, the pet versus cattle discussion is not over, because we see a lot of organizations — even more advanced organizations who have multitudes of clusters — that treat clusters as cattle out of that very reason: ‘I need to migrate my container runtime interface. How do I do that?’ Well, ideally, you shouldn’t do that,” said Haase. “Ideally, your platform delivers that value, and we did that. With one click, you can jump forth and back between Docker and containerd in your cluster configuration.”

KKP 2.18 is now available for download and will provide support for Kubernetes 1.22.

“Going forward, of course, we want to enhance the architectural strengths that we have,” said Haase. “We are betting on our very competitive price model, where we think we beat any other competition in the market right now, and we want to put the emphasis on solving problems for the day after tomorrow.”

Mike is a freelance writer, editor, and all-around techie wordsmith. Mike has written for publications such as ReadWriteWeb, Venturebeat, and ProgrammableWeb. His first computer was a "portable" suitcase Compaq and he remembers 1200 baud quite clearly.
Read more from Mike Melanson
SHARE THIS STORY
RELATED STORIES
Platform Engineering Won’t Kill the DevOps Star Kinsing Malware Targets Kubernetes Data, Analytics and AI: What Will Happen in 2023 MicroK8s and Portainer Is The Easiest Way to Deploy an Application on Kubernetes The Top 4 Threats to Securing Your Cloud Infrastructure
TNS owner Insight Partners is an investor in: Docker.
SHARE THIS STORY
RELATED STORIES
What TNS Readers Want in 2023: More DevOps, API Coverage What Is the Docker .env File and How Do You Use It? What Trouble Awaits Cloud Native Security in 2023? 5 Best Practices for DevSecOps Teams to Ensure Compliance Kubernetes App Deployment from the Command Line
THE NEW STACK UPDATE A newsletter digest of the week’s most important stories & analyses.
The New stack does not sell your information or share it with unaffiliated third parties. By continuing, you agree to our Terms of Use and Privacy Policy.