Living with Kubernetes after the ‘Honeymoon’ Ends

How do you grapple with the complexity of K8s as your organization scales? It's complicated, said a panel of experts at this New Stack panel sponsored by Spectro Cloud.
May 25th, 2022 12:09pm by Heather Joslyn 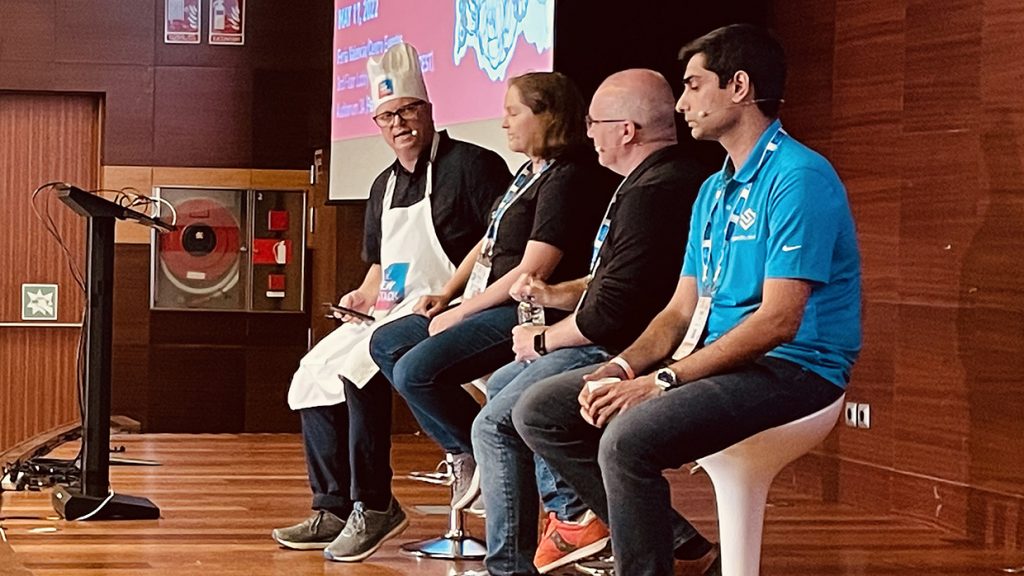 But that number, from the latest Cloud Native Computing Foundation (CNCF) annual survey, masks a lot of frustration. Kubernetes (K8s) can make life easier for the organization that adopts it — after it makes it a lot harder. And as it scales, it can create an unending cadence of triumph and challenge.

In other words: It’s complicated.

At KubeCon + CloudNativeCon, EU in Valencia, Spain last week, a trio of experts — Saad Malik, chief technology officer and co-founder of Spectro Cloud; Bailey Hayes, principal software engineer at SingleStore; and Fabrizio Pandini, a staff engineer at VMware — joined Alex Williams, founder and publisher of The New Stack, and myself for a livestream event.

What resulted was a relationship status report/therapy session about the ways in which Kubernetes can be harder to live with than it seemed when the cloud native world first fell in love with it.

Living with Kubernetes After the ‘Honeymoon’ Ends

This Tapas Tuesday panel — a more location-appropriate version of The New Stack’s traditional pancake-centric meetups — was sponsored by Spectro Cloud and is part of TNS’s On the Road series.

The Challenge of Updating Every Quarter

The conversation touched upon a number of areas: the paradox of quarterly Kubernetes releases with the out-of-date versions of K8s many enterprises run; the growing trend of multi versus mega clusters, and the promise of WebAssembly.

A central challenge of Kubernetes: organizations are often running outdated versions of it. Malik said he’s seen organizations in heavily regulated industries (healthcare, oil and gas, etc.) running on K8s that hasn’t been updated in two years or longer.

Making it easier for customers to update K8s presents “a great opportunity” for software providers, said Pandini: “We have to provide the user the easy button, we have to meet where they are — but bring them to our world, which is more sustainable.”

The Kubernetes community, he said later in the event, is consolidating, moving beyond an early stage of innovation into one more concerned with stability and security. Innovation is now carried out in “a more controlled way” than in the tool’s early days.

“The community is reacting to this,” Pandini said. “There is a lot of work, which is kind of less glamorous than before, where there was all exciting news every month.”

An audience member commented that Kubernetes might be releasing updates too frequently. “The problem is not upgrading Kubernetes,” he said, but rather also having to update all core components like Prometheus and the ingress controller, every three months. Increasing use of automation, said Pandini and Malik, can help solve that issue.

WebAssembly, or WASM — the “build once, run anywhere” technology — offers a promising way to “catch up to Kubernetes,” said Hayes. But WASM standards are still being created that would allow it to run outside of the browser and in the server context (WASI), she said.

As points of progress, she pointed to newer platforms like WASM Cloud and Spin, which allow users to run production workloads with WASM, and Krustlet technology, which lets users run WASM side by side with OCI containers.

“For scaling, I think it will be a good answer, but I don’t think we’re necessarily there yet,” Hayes said. “It’s still very new.”

Check out the whole discussion here: