Kubernetes: Use PodDisruptionBudgets for Application Maintenance and Upgrades

PodDisruptionBudgets or PDRs define the minimum of replicas that must be available for that application to operate in a stable manner during a voluntary disruption
Sep 3rd, 2020 3:00am by Jennifer Riggins 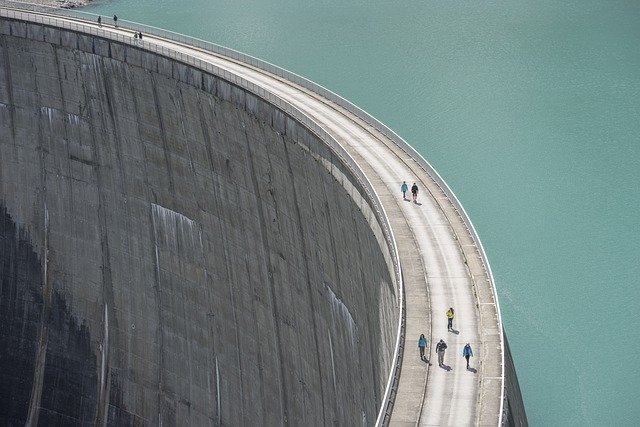 In Kubernetes, PodDisruptionBudgets (PDBs) allow application owners to define their cluster operating budgets, limiting the number of Pods of a replicated application that can be taken offline at any given time. Currently in Beta, PDBs are a way to maintain high availability even while introducing regular voluntary disruptions, such as for application upgrades.

Matthew Robson, principal technical account manager at Red Hat, broke down PBDs and their benefits and drawbacks during his lightning talk at KubeCon + CloudNativeCon Virtual Europe 2020.

By Robson’s definition, “A PodDisruptionBudget is an application owner created object that defines the minimum number of replicas that must be available for that application to operate in a stable manner during a voluntary disruption.”

But why would you want to use them? Robson offered four compelling reasons:

Robson also said that PodDisruptionBudgets easily integrate with the most popular controllers like deployment, ReplicationController, StatefulSets, and ReplicaSets.

But he pointed out there can be some downsides to PDBs. This includes involuntary disruptions like node crashes, hardware failures and unpreventable network outages. Disruption budges also cannot avoid explicit scaling to zero or any deleting of pods.

Robson also warns against using PodDisruptionBudgets for single replicas because they become burdensome for the operations team, which forfeits one of their biggest benefits.

In addition, be aware that you have to delete the PDB if you want a drain to occur, lest you end up with indefinite drain hanging.

Robson further warns that, if you are creating multiple disruption budgets, do not overlap the selectors, which confuses things and again leave drains hanging.

When setting up your PodDisruptionBudget, make sure it has a meaningful name that links it to the pods that it oversees. Then give it a matchLabel that corresponds to your particular controller selector. 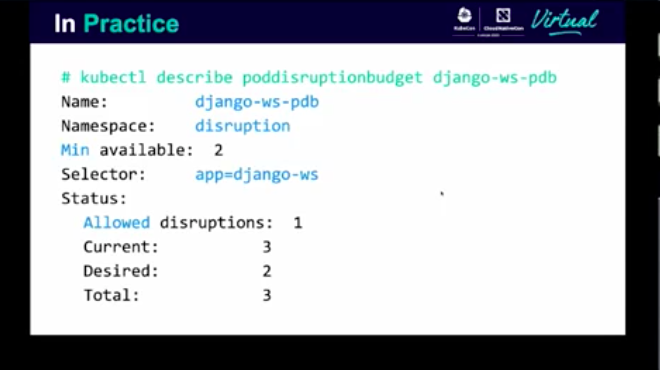 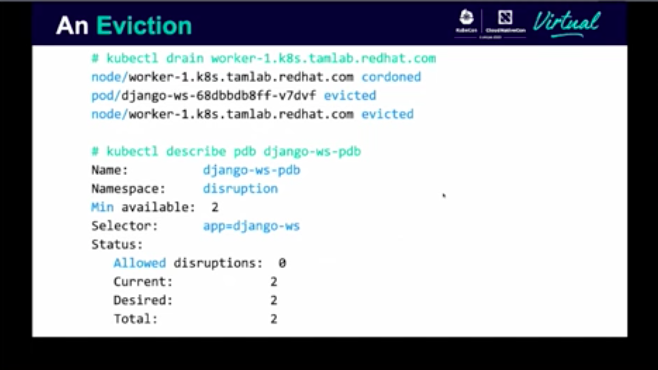 Then, Robson says, it’s important to leverage the PDB’s voluntary eviction so you can maintain high availability during cluster maintenance and upgrades. 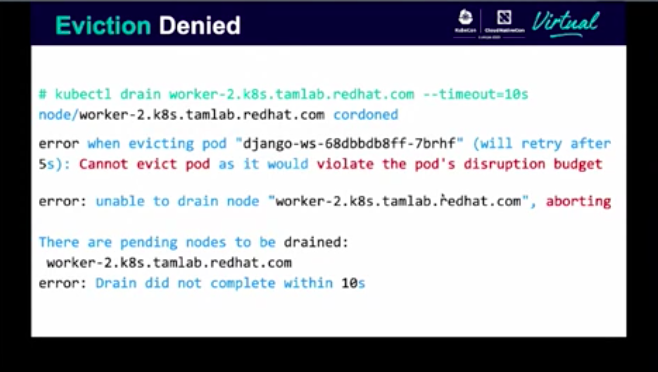 Jennifer Riggins is a culture side of tech storyteller, journalist, writer, and event and podcast host, helping to share the stories where culture and technology collide and to translate the impact of the tech we are building. She has been...
Read more from Jennifer Riggins
SHARE THIS STORY
RELATED STORIES
Data, Analytics and AI: What Will Happen in 2023 Kubernetes 101: Deploy Portainer to a MicroK8s Cluster DevOps: Kubernetes Help Desk or Self-Driven Innovation? PromCon 2022: Why Prometheus Had to Change Rethinking Java @Scheduled Tasks in Kubernetes
TNS owner Insight Partners is an investor in: The New Stack.
SHARE THIS STORY
RELATED STORIES
A Look at Kubernetes Deployment What’s the Difference Between Kubernetes and OpenShift? MicroK8s and Portainer: The Easiest Way to Deploy an App on Kubernetes Kubernetes Needs to Take a Lesson from Portainer on Ease-of-Use What Is the Docker .env File and How Do You Use It?
THE NEW STACK UPDATE A newsletter digest of the week’s most important stories & analyses.
The New stack does not sell your information or share it with unaffiliated third parties. By continuing, you agree to our Terms of Use and Privacy Policy.