In this podcast recording, AWS Senior Engineer Jay Pipes discusses Amazon Web Services' use of Kubernetes, as well as the company's contribution to the Kubernetes code base.
Nov 18th, 2022 11:09am by Joab Jackson 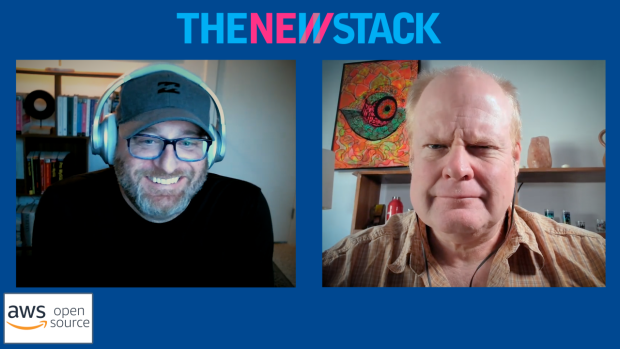 Cloud giant Amazon Web Services manages the largest number of Kubernetes clusters in the world, according to the company. In this podcast recording, AWS Senior Engineer Jay Pipes discusses AWS’ use of Kubernetes, as well as the company’s contribution to the Kubernetes code base.

The Difference Between Kubernetes and AWS

Kubernetes is an open source container orchestration platform. AWS is one of the largest providers of cloud services. In 2021, the company generated $61.1 billion in revenue, worldwide. AWS provides a commercial Kubernetes service, called the Amazon Elastic Kubernetes Service (EKS). It simplifies the Kubernetes experience by adding a control plane and worker nodes.

In addition to providing a commercial Kubernetes service, AWS supports the development of Kubernetes, by dedicating engineers to the work on the open source project.

“It’s a responsibility of all of the engineers in the service team to be aware of what’s going on and the upstream community to be contributing to that upstream community, and making it succeed,” Pipes said. “If the upstream open source projects upon which we depend are suffering or not doing well, then our service is not going to do well. And by the same token, if we can help that upstream project or project to be successful, that means our service is going to be more successful.”

What Is Kubernetes in AWS?

Another tool for Kubernetes users is cdk8s, which is an open source software development framework for defining Kubernetes applications and reusable abstractions using familiar programming languages and rich object-oriented APIs. It is similar to the AWS Cloud Development Kit (CDK), which helps users deploy applications using AWS CloudFormation, but instead of the output being a CloudFormation template, the output is a YAML manifest that can be understood by Kubernetes.

In addition to providing open source development help to Kubernetes, AWS has offered to help defray the considerable expenses of hosting the Kubernetes development and deployment process. Currently, the Kubernetes upstream build process is hosted on the Google Cloud Platform, and artifact registry is hosted in Google’s container registry, and totals about 1.5TB worth of storage. Each month, AWS alone was paying $90-$100,000 a month for egress costs, just to have the Kubernetes code on an AWS-hosted infrastructure, Pipes said.

AWS has been working on a mirror of the Kubernetes assets that would reside on the company’s own cloud servers, thereby eliminating the Google egress costs typically borne by the Cloud Native Computing Foundation.

“By doing that we completely eliminate the egress costs out of Google data centers and into AWS data centers,” Pipes said.