Fresh out of stealth mode, Kubiya is a unique DevOps tool that leverages conversational AI to become the Siri for DevOps teams.
Oct 25th, 2022 10:55am by Jennifer Riggins 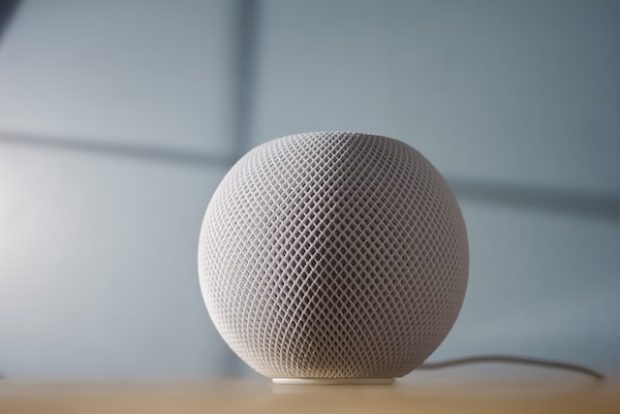 DETROIT — DevOps comes with many goals, but, at its core, it’s about clarifying communication and automating out boring, repetitive work. After all, both developers and operators are creative knowledge workers. DevOps aims to break down silos and to create understanding between the different sides of the same coin — dev and ops, tech and business, compliance and security.

But can a chatbot achieve that? Kubiya — a name meaning Hebrew for “cube” but drawing from both the literal Kubernetes native orgs increasingly strive for and the philosophical foundational building blocks of the Great Pyramids — aims to be that translator and clarifier of developer goals. All with hopes of reducing the overworked operator, DevOps engineer, or SecOps engineer’s toil.

This “Siri for DevOps”, with an adorable rocket robot mascot, launched out of stealth mode last week. The New Stack sat down with CEO Amit Eyal Govrin at KubeCon+CloudNativeCon North America to learn about how Kubiya is “powering intent-based operations.”

Whole Foods has the best self-checkout because there’s a human in the loop at all times, Govrin pointed out. Anybody who has tried to ring themselves up at a pharmacy or grocery store has gotten frustrated at the inevitably feminine robot voice, only to get stuck on the weight of your cloth bag or waiting for that human to approve your adult drink or coupon or the whole thing just crashes and you then have to get back in line and start over. “Same machines, same hardware, same software. The problem is if you don’t have somebody attending it,” when things go wrong, they don’t work. That’s because, he explains, this conversational artificial intelligence (AI) still lacks understanding of user intent.

This is what is happening with most DevOps tools too, he analogized, which “are built with the promise of reducing a lot of toil in organizations,” but instead contribute to maintenance, toil, and lengthy conversations for the operator to deal with. He lumped into this bucket the following dev tools:

A developer may tell an operator they need to spin up a container into product or to provision a server. But, without specificities, the operator is unable to associate the cost center, machine image or security groups, creates time-consuming interaction between two individuals. This leads to five main operator pain points:

Just like self-checkout, when poorly implemented, you just end up with longer queues and more frustrated operators.

“The promise of self-service is you could just have a marketplace,” but most fall short, Govrin said, and “self-service forgets who it serves.” Like self-checkout, poorly implemented dev tooling means:

This is all because, in both situations, they are devoid of intent, says Govrin.

The Demand for Intent-Based Operations

“We call these intent-based operations to go and communicate what you are trying to do via a virtual assistant that understands intent.” He continued that it understands “as little or as much context as you want,” “turning conversations into operations.”

If a developer clearly expresses what kind of server, for example, you want, then it’ll spin that up — or ping the operator a request. But, if you are missing essential parts of your request, Kubiya will ask gated questions around what kind of server, before confirming what you want. It can also be actioned around role-based access control, permissions and budgetary guidelines, or, depending on if it’s a big budget request, can be escalated to managers for approval.

“It can understand what is given and what’s missing and is able to ask the right question, and then relate that to operational workloads in DevOps.” — Amit Eyal Govrin, Kubiya

“Eventually the operator will likely have to approve the request, but without the whole back-and-forth toil [and] needing to gather information as if at a checkout line,” Govrin said. “Have the menial work done by the machines, making sure the relevant information is gathered.”

Kubiya, he argues, helps the operator by removing the tedious back-and-forth while also helping to improve the user service level agreements (SLAs) by giving developers immediate access to action, rather than waiting in a queue to have a conversation.

This intent-based multitenancy SaaS can be implemented at the individual, team or organizational levels, depending on guardrail requirements. An added benefit, as Matty Stratton warned against, by having a third-party AI doing much of the work, companies don’t have to worry about the DevOps enemy — exceptions.

Within Kubiya, every organization has its own deployment with its own personalized assistant.

“We image a world where different personas in an organization can approach the same workflow, workload [or] knowledge base and then invoke it in their own words in their own ways,” Govrin said. And it’s all about getting the machines to talk more like the humans leveraging them.