Kuma, the service mesh it released in September 2019 enables users to run meshes on any platform, so it can run on Kubernetes or VMs, both in a native way, and to manage multiple meshes through a single control plane.
Jun 30th, 2020 6:00am by Susan Hall 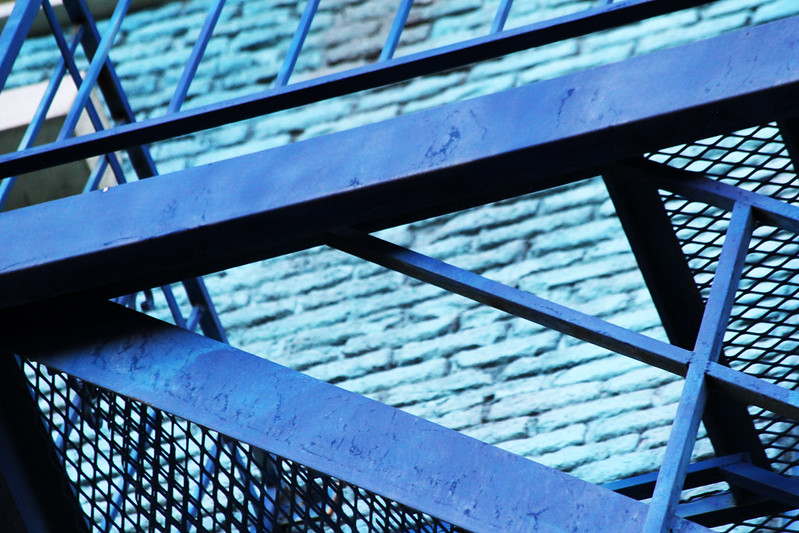 “I’m pretty sure that you won’t hear anybody saying, ‘Oh, yeah, we implemented a service mesh, and it was easy to do.’ They were just extremely complicated systems,” said Kong Chief Technology Officer Marco Palladino. The first generation of service meshes, released around 2017, “came with lots of moving parts, lots of dependencies, and lots of assumptions that we did not necessarily agree with.”

Those meshes were hyperfocused on Kubernetes, he said, while customers, though perhaps running K8s, also were still running virtual machines. They don’t scale and require a new cluster for each mesh.

Kuma, the service mesh it released in September 2019 enables users to run meshes on any platform, so it can run on Kubernetes or VMs, both in a native way, and to manage multiple meshes through a single control plane.

With version 0.6, “we have also introduced this new mode called global and remote control planes, which make these entire systems not only portable for across multiple environments, but also more scalable, because instead of having all the data planes from all of these environments talking to one control plane, we can allocate a remote control plane for a specific zone — be it either a cloud, a Kubernetes cluster or a platform,” he said. 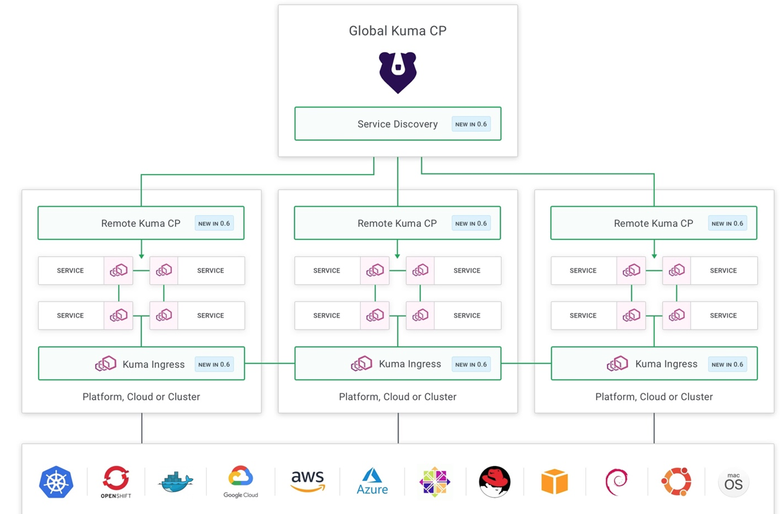 Kuma previously supported a simple universal mode, with a flat networking requirement, best for environments not requiring integration with legacy systems. The centerpiece of Kuma 0.6 is its “hybrid universal mode” for complex networks of old and new application infrastructure.

In addition to support for global/remote control plane, features of Kuma 0.6 include:

The ingress data-plane mode enables cross-cluster cross-platform communication without the developers having to worry about making that happen in the first place, he said.

“We basically take all these services running across all of these different environments and make them look like, from a connectivity standpoint, as if they were running in one cluster in one computer. We abstract away the connectivity of the service mesh in the same way that Kubernetes abstracts away the complexity of the data center. We take all that complexity, we flatten it out in such a way that as a service trying to consume another service, I don’t have to worry about how that connection happens. It will just happen,” Palladino said.

Its out-of-the-box solution was built for the most demanding enterprise mesh requirements to remove complexity and automate the hard parts so organizations can reap the benefits of service mesh, he said.

“Because TELUS Digital lives in the cloud, security is of the utmost importance and Kuma enables us to enforce zero-trust networking policy in a simple way. We also plan to expand our use of Kuma across the organization to accelerate Telus’ broader digital transformation in the coming months,” said Luca Maraschi, chief architect at TELUS Digital.

The company is stressing that it is built atop the Envoy proxy in announcing the donation of Kuma to the Cloud Native Computing Foundation as a sandbox project. Envoy is a graduated CNCF project.

“It’s truly remarkable to see the ecosystem around Envoy continue to develop, and as a vendor-neutral organization, CNCF is the ideal home for Kuma,” said Matt Klein, creator of the Envoy proxy.

Competing mesh Linkerd, though part of CNCF, built its own networking stack, as did Containous in building Maesh.  Istio uses Envoy, but it not it’s not officially part of the CNCF ecosystem.

In a report on service mesh, Amalgam Insights Research Fellow Tom Petrocelli noted the market is still evolving. He noted what he called an  “unfortunate rivalry” between the Istio and Linkerd platforms, raising concern about Istio’s independence, not being subject to open governance.

“The ongoing Istio versus Linkerd debate will act as a drag on the market. It introduces unnecessary conflict, confusion, and distraction,” he wrote, adding “there is plenty of headroom for many vendors and approaches.”

He added that emerging innovations like a service mesh orchestrator “will be especially important for multicloud and hybrid environments that may be running service meshes with different technology.”