Late to the Party, Oracle Gets Busy with Containers, Machine Learning 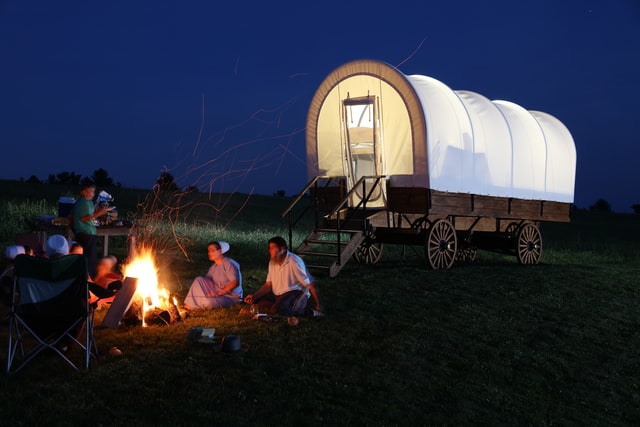 Database giant Oracle has been busy of late, introducing a new container deployment and management platform, Verrazzano, and adding new machine learning capabilities to its MySQL HeatWave database service, but the company continues to get knocked over being late to the game in some senses and catering only to its existing customer base in others.

Formally introduced earlier this month, Verrazzano was designed to help developers to deploy, manage, and secure container-based applications in Kubernetes. It also helps to unify application Lifecycle management across microservices and traditional WebLogic Server applications, and standardize management across Kubernetes clusters on-premises, on Oracle Cloud Infrastructure, and on other public clouds, said Dave Cabelus, senior principal product manager for the technology, in a blog post.

Late to the Market?

With digital transformation as the goal, many organizations moved to container-based development and multicloud environments for the development flexibility and speed it allows. However, Oracle competitors such as IBM, Microsoft, Amazon Web Services, Google and others beat Oracle to market with container management platforms based on Kubernetes.

In an interview, Cabelus acknowledged that Oracle may not have been first to market with a platform, but that it is not too late, as according to analysts the journey for enterprise customers to containerization and multicloud environments is only about 5% done.

“Our strategy is to provide really a modern app dev platform and center it on DevOps that enables customers to retain their investment in existing applications,” he said.

Oracle is plowing ahead with a customer-first strategy, said one industry observer.

“It is the era of Kubernetes, and battle for the uber control game has begun. Late entrant Oracle is trying to give customers control over all their workloads, running in any container cluster, with the launch of open source-based Verrazzano,” said Holger Mueller, an analyst with Constellation Research. “It is a smart move as it gives Oracle customers more visibility on previous cloud investments, and a shot at more workloads. As we all know: Whoever manages the workload, can make pitches (or recommendations) on where to run them.”

And with Verrazzano, “where to run them” includes on Oracle Cloud Infrastructure (OCI), on-premises or on any other major cloud, Cabelus said. However, Oracle is doing all it can to get enterprises to run workloads on OCI.

“I don’t think the Oracle [introduction] signals that they’re late to market,” said Brad Shimmin, an analyst at Omdia. “The introduction of Verrazzano is less about creating a cloud-agnostic application platform and more about building a consistent platform architecture for OCI that extends beyond the boundaries of Oracle Cloud itself. As the name implies, Verrazzano serves as a bridge for customers looking to modernize their existing applications through the adoption of a cloud native architecture.”

However, Jason Bloomberg, an analyst at Intellyx, begs to differ.

“On first glance, Verrazzano appears to be a collection of open source products that supports container management in hybrid IT environments,” Bloomberg said. “As such, it is similar to many other products on the market, and Oracle is a bit late to the game. Verrazzano’s most important differentiator is how it is tweaked to support Oracle products — useful to Oracle customers to be sure, but not of particular interest to anyone else.”

The existing applications will comprise of those of Oracle’s WebLogic Server, Coherence in-memory data grid, as well as Helidon Java microservices framework customers. Those products along with a host of other components are bundled into the Verrazzano platform.

“The Helidon project definitely has some traction, and there has been fairly good adoption with the Coherence and Helidon combination, often with Kubernetes, so seeing a pre-built automation and bundling for this style of deployment is a good move,” said Cameron Purdy, CEO and founder of xqiz.it, a stealth development tools startup. Purdy is the co-creator of Coherence and served as senior vice president of development at Oracle for several years.

“We’re focused on our existing customers,” Cabelus said. “We do have a very large installed base of WebLogic customers and beyond.”

Moreover, according to the blog, when you deploy an application in Verrazzano, the system automatically takes the following actions:

“Complex operational requirements have been a major deterrent in business transformations. IT buyers are challenged with assembling solutions that combine and orchestrate both the business software and the infrastructure on which that software runs,” said Charlotte Dunlap, an analyst at GlobalData. “As a result, integration and platforms providers, such as Oracle, are heavily focused on Kubernetes cluster management and emerging observability tools. No single vendor is yet capable of managing the entire lifecycle of this amalgamation, however. Oracle faces a competitive market space such as Red Hat with its popular Advanced Cluster Management (for Kubernetes) and Insights/Ansible observability solution.”

Moreover, MySQL Autopilot continually improves the effectiveness of the HeatWave query optimizer, as it learns every time it’s used.

“As users run more queries and workloads and they use the system more, the system learns and keeps getting better,” said Nipun Agarwal, Vice President, Research and Advanced Development, Oracle.

Agarwal claims that HeatWave with Autopilot is the only my SQL service to offer machine learning-based automation, particularly compared to the other competitive analytics services out there like Snowflake, Amazon Redshift, Microsoft’s Azure Synapse and others,

“We are in the era of machine learning, where machines take over simple and increasingly complex tasks,” he said. “Oracle’s MySQL HeatWave offering is showing exactly that with its AutoDB capabilities, where key database install, maintenance and operations processes are automated by software. This is great for customers who can focus on their next-generation applications running on HeatWave versus dealing with plumbing. And, moreover, as it lowers the cost of running HeatWave.”

Autopilot is available at no additional charge for MySQL HeatWave customers.

In addition, Oracle introduced MySQL Scale-out Data Management, which can improve the performance of reloading data into HeatWave by up to 100 times, Zivanic said. HeatWave now supports a cluster size of 64 nodes — up from 24 nodes — and is capable of processing up to 32TB of data — up from 12TB, he noted.

“Some cloud database providers continue to offer specialized databases for specific workloads, and assume, especially in the open source space, that developers like to manually tinker with parameters to optimize performance,” said Carl Olofson an analyst at IDC, in a statement. “Oracle is on a different track, looking to combine database functionality in a single system. It provides database convergence and automation in the open source cloud database service, MySQL HeatWave.”

Olofson further notes that “Oracle introduced MySQL HeatWave late in 2020, bringing full native cloud support and unifying OLTP and OLAP in one database, which eliminated the need for ETL. In this newly announced version, Oracle has added machine learning-based automation, which takes away the guesswork and manual labor involved in provisioning, data loading, query execution, and failure handling.”

Amazon Web Services, IBM, Oracle and Snowflake are sponsors of The New Stack.