LaunchDarkly: Feature Management Is a Must-Have

LaunchDarkly has commissioned a study that indicated that feature management has emerged as a must-have technology, according to the survey with 69% of respondents saying it is “must-have, mission critical and/or high priority.”
Nov 10th, 2022 7:15am by Darryl K. Taft 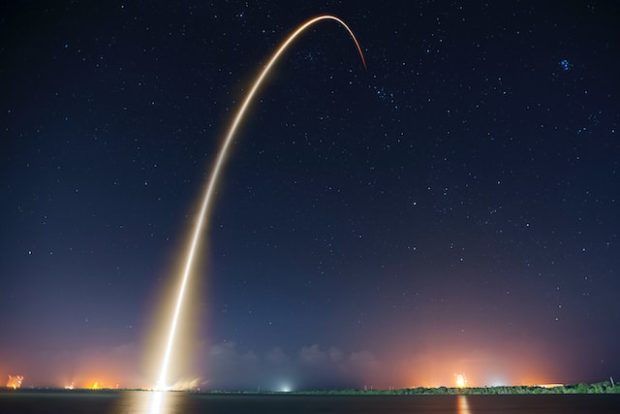 Developed in partnership with Wakefield Research, the report provides insights from 1,000 IT and software professionals — software engineers, developers, release managers, product managers, platform managers, and software architects working at companies with a minimum of 200 employees.

The report examines how companies implement feature management in their day-to-day practices.

LaunchDarkly defines feature management as “A class of software development tools and techniques that provides a framework for feature flag-driven development, infrastructure, and experimentation. Feature management enables teams to use flags on a massive scale across a variety of use cases. It is foundational to modern development practices such as DevOps, CI/CD, trunk-based development, and progressive delivery.”

And feature flags are “Conditional statements that change how code behaves in production after it has been deployed. Feature flags can be as straightforward as an on/off switch,” the company said in its report. “However, a more complicated and valuable implementation that involves targeting, multivariate flags, and consideration of multiple teams, environments, and applications motivates organizations to pursue feature management.”

ROI and Use Cases

Nearly all of the respondents (98%) who use feature flags, also known as toggles, said they save their company money and deliver a demonstrable return on investment.

In addition, the majority of those who use feature management say they’ve seen improved processes as a result, especially around software delivery speed (84% of respondents) application reliability (87%), and developer productivity (87%).

Indeed, feature management has emerged as a must-have technology, according to the survey with 69% of respondents saying it is “must-have, mission-critical and/or high priority,” the report said. And 77% of teams who make feature management a priority are categorized as highly productive and top performers, releasing code several times a week at least.

The top reason, by a slim margin, for using feature flags is “providing better quality control” (40%). Using feature flags to roll out new features and then immediately turn them off if there’s an issue minimizes risk and maximizes reliability. Because teams don’t need to perform a massive rollback and dig through code for issues following a botched deployment. All they need to do is flip a feature flag off.

The next most popular reason is feature flags’ ability to provide a foundation for continuous delivery (39%).

Following closely behind those two use cases is a four-way tie at 36% each: To control who sees which features when, to run experiments with product features, to provide access to features sooner and to resolve incidents quickly.

“I love the concept of feature flags,” Brad Shimmin, an analyst with Omdia, told The New Stack. “Many software companies have been trending toward this methodology for some time now, as it seems like a very reasonable next step in support of Agile, CI/CD, DevOps ideals. users can find it within many mainstream products already, as with Google’s Chrome browser and ChromeOS, which enable users to not only move forward along different lines of innovation (fast or slow) but to also selectively enable emerging features — i.e. chrome://flags — long before those reach their final form.”

Meanwhile, tech teams are finding new ways to use feature flags as more than half (55%) of software and IT pros use feature flags for long-term operational controls, using permanent flags to change backend configurations on the fly, indicating that feature flags are essential infrastructure for development.

Almost half (47%) of software and IT pros use feature flags for entitlements and plan management, such as granting or denying access to feature sets or entire versions of their application depending on an end user’s subscription or plan, such as enabling premium features for premium customers.

Respondents said they also use feature management for dynamic configuration or changing the behavior of an application on the fly, without having to deploy new code — such as when APIs are getting throttled or response times are surging

IT operators are leading the adoption of feature management software for uses such as API rate limiting, activating circuit breakers, or adjusting server log modes.

In addition, modernization and migration is another core use case for feature management at 40%, which also tracks with IT operators’ high use of feature flags. Ops teams — ranging from DevOps, SRE, platform, and more — can use feature management to safely optimize applications for the cloud, the report said.

Moreover, platform engineers (32%) also see lots of feature flags. Platform teams are also beginning to see the value in feature management as they seek both to deliver features to their internal customers and to enable feature management for other teams in their organization, the report said.

One such use case for platform teams could be “providing a foundation for continuous delivery,” which was the second reason why people use feature flags (39%, just a hair behind “better quality control for new features,” 40%). “Decoupling deployments from releases is a big perk of using feature flags, enabling quicker and more frequent deployments,” the report said. “Platform teams can integrate feature management into their internal developer platform, enabling self-service feature flags for other teams and paving the way to continuous delivery.”

The report also indicated that the greatest area where organizations are seeing improvement is “greater confidence and less stress when releasing software” at 48%. Indeed, the 2022 State of Feature Management report’s findings also further validate a notion uncovered in LaunchDarkly’s report on psychological safety earlier this year, which showed that feature management is a means to mitigate the immense stress and pressure they feel leading up to major events such as a product release. In addition to the 48% of respondents that expressed greater confidence and less stress, 87% of software and IT pros say feature management somewhat or significantly improves their overall productivity.