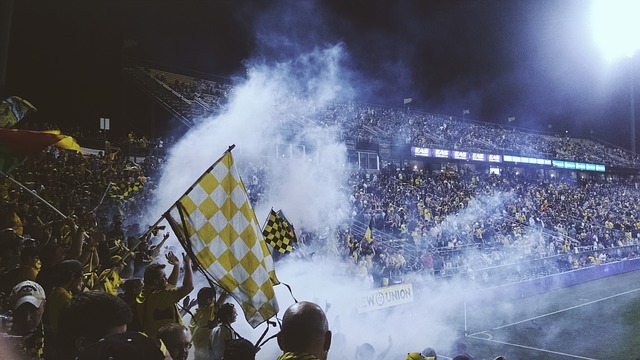 Feature flags — which enable developers to hide a feature, provide access to limited users, or execute a kill switch — are gaining new attention in the age of continuous integration and continuous delivery.

As CI/CD pipelines become ever more complex, feature flags, also known as feature toggles, provide an alternative to maintaining multiple source-code branches. Charity Majors, co-founder and CEO of platform-agnostic DevOps monitoring tool Honeycomb.io, recently pointed to feature flags as one of five emerging techniques used to manage serverless testing in production. She describes it as a way to say, “‘Don’t send anyone to this code until I say so,” and gave a shout-out to Oakland, Calif.-based LaunchDarkly.

It’s not new technology, according to Adam Zimman, vice president of product and marketing at LaunchDarkly.

It involves putting a flag in the code saying, “If you meet these criteria, I’m going to show you this thing. And if you don’t, I’m not,” he said. There are attributes that have to be met. Every time this is encountered in code, it checks values in the database. If it meets the criteria, it executes the code. With SaaS applications, this type of lookup has become very standard.

It enables customers to target users, do controlled rollouts and A/B testing without re-deploying the application. Users can turn certain functions on or off for different countries or groups of clients. If things go really badly with a feature, it can be killed as easily as flipping a light switch, Zimman said.

Companies traditionally have built and maintained systems to manage who has access to what code, he said, but because they’re not core to the business, these projects tend to lack resources and not be well maintained.

Co-founder and CEO Edith Harbaugh in a post at InfoQ pointed out that feature flags, when not well-maintained, can go very wrong. LaunchDarkly built its business on taking on that challenge for customers. It’s gaining traction on extending those controls to folks on the business side, such as marketing, as well, Zimman said.

“We have taken the internet meme of test in production and made it a best practice. Because the feature flag has this concept of isolation, it can control who can see what’s there, we have the ability to eliminate risk from running incomplete code in a production environment,” Zimman said.

Others in this space include companies such as Optimizely that have built tools to be able to do front-end user testing, Rollout.io and Taplytics.

LaunchDarkly has been focused on the developer experience — making onboarding quick and easy — and requiring minimal or no overhead for using the service in the application.

“As soon as [developers] have a concept for a feature or update a feature, they can create a feature flag, create this gate. Put that in LaunchDarkly, every time it encounters that code, it will know what to do,” he said.

Its webhooks API allows you to build your own integrations that subscribe to changes in LaunchDarkly.

LaunchDarkly uses multiple databases on the back end, including MongoDB, Elastic, Postgres and Redis, using the database appropriate for the values stored, Zimman said. The company built its own streaming protocol and uses the content-delivery network Fastly for distribution.

All flags are stored locally so that even if the CDN goes down, your servers will continue operating with the last set of feature flag rules. Its enterprise users can create custom roles, similar to the AWS Identity and Access Management (IAM) system, and custom goals, such as click and page view goals.

Going forward, the company is looking to provide more control points to developers, operators and business users, and automating the process in the workflow and providing better feedback along the way, Zimman said.

Customers include GoPro and TrueCar. Atlassian highlighted LaunchDarkly at its user conference last fall, and recently announced teaming up with LaunchDarkly and Rollout to bring feature flagging integrations into Jira Software.

Susan Hall is the Sponsor Editor for The New Stack. Her job is to help sponsors attain the widest readership possible for their contributed content. She has written for The New Stack since its early days, as well as sites...
Read more from Susan Hall
SHARE THIS STORY
RELATED STORIES
Kubescape: A CNCF Sandbox Platform for All Kubernetes Security How Yarn Workspaces Accelerated LinkedIn Code Delivery Top 5 Considerations for Better Security in Your CI/CD Pipeline Argo CD and Flux Are CNCF Grads: But What Now? CircleCI to Customers: Change All Secrets and API Tokens NOW!
TNS owner Insight Partners is an investor in: Optimizely, LaunchDarkly, Honeycomb.io.
SHARE THIS STORY
RELATED STORIES
Coherence Strives to Streamline Cloud Developer Experience Interest Growing in Dart and Flutter for Mobile Top 5 Considerations for Better Security in Your CI/CD Pipeline EngFlow Harnesses Google Bazel for Faster Monorepo Builds A Look at Kubernetes Deployment
THE NEW STACK UPDATE A newsletter digest of the week’s most important stories & analyses.
The New stack does not sell your information or share it with unaffiliated third parties. By continuing, you agree to our Terms of Use and Privacy Policy.