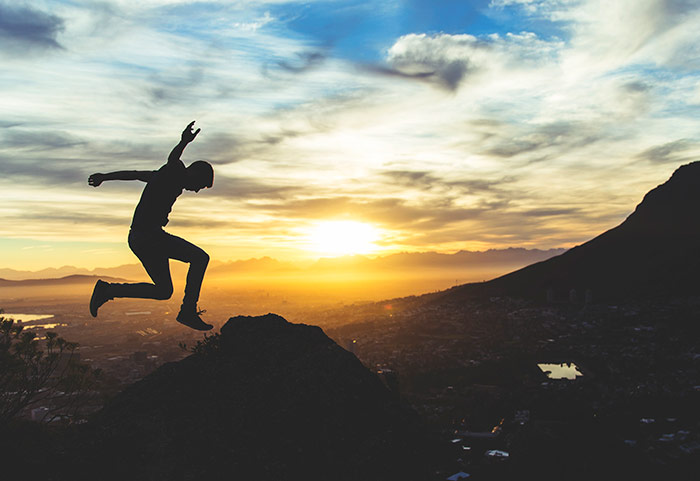 This post originally appeared on the ActiveState blog. It’s a look at how AWS has certainly become the most powerful infrastructure provider. Considering that, what’s the best way for competing concerns to approach the market? It makes no sense for challengers to compete directly with AWS. More so, it’s the opportunity to move up the stack and unify an ecosystem that will in turn help balance the buyer and seller relationship.

The cloud computing infrastructure and platform market is expected to be a $43 billion market by 2018 and account for 11 percent of enterprise IT spending. At this point in the war, we can say that AWS is the winner of the cloud infrastructure market segment only. The platform market (and what I believe is the more lucrative segment) is still up for grabs. The recent revenue announcement by AWS demonstrates what they have meant for the industry. It’s their focus on cloud since the beginning that has given AWS leadership status. Microsoft and Google, of course, have been working hard, albeit lagging, in the battle for the number two spot. So do the tech giants and telcos go head-to-head and try to take top spot, or just be satisfied with a lower place finish and grab as much share as possible? Has AWS won the “Cloud War”?

Has AWS Won the War?

Back in 2013, Simon Wardley wrote a blog entitled “Somewhat bored.” In it, he issued some advice to vendors who are challenging AWS: “conserve your resources and try to win the overall war.” In order to win that war, Wardley mentions the importance of providing PaaS to customers (the platform market segment):

“IBM/HP/Dell et al. need to make a massive play around Cloud Foundry, and by that I mean building large public PaaS built on AWS. You need to drive AWS to an invisible component, grab the ecosystem through a common market and then over time look to substitute AWS at the infrastructure level, and hence balance supplier/buyer relationship. You can exploit your position on building on AWS, to prevent AWS playing games against you, whilst you build the substitution play.”

Those trying to compete against AWS with only a cloud infrastructure offering need to move up the stack in order to have a chance to leapfrog them.

AWS has the economies of scale, and it is almost impossible for anyone to catch up by playing the “me, too” game. They are the dominant market leader in the public cloud space, like Intel was for the computer chip market, and that is not going to change anytime soon — they have certainly won this battle.

But infrastructure is just one component of the cloud computing space. With every company needing to become a software company (and hopefully building third platform applications), vendors need to provide customers with technology that enables them to deploy their applications faster. Our VP of Strategy, Bernard Golden, discussed this in his recent CIO.com blog, which addressed the implications of AWS’s revenues. It is applications, not infrastructure, that will drive the most value for enterprises.

Carrying forward with the hardware example above, Intel was making all the profits, while everyone else battled it out in the commoditization of component parts with skin-thin margins. We see the same thing happening right now with the other IaaS solution vendors. However, even though Intel dominated the hardware layer, this still offered tremendous opportunity above the hardware — at the operating system and application layer. Companies such as Microsoft, Lotus, Intuit and many others built significant businesses by delivering value on top of Intel’s hardware.

Just as the successful companies in the PC ecosystem prospered by competing at a different layer of the stack, so, too, can companies in the cloud ecosystem. Rather than chasing AWS, they can bypass this commoditization game by moving up the stack — complementing its IaaS offering by adding a PaaS solution on top of the IaaS layer.

Both HP (with Helion Development Platform) and IBM (with Bluemix) are Cloud Foundry Foundation members who have recognized the importance of moving up the stack. Both organizations have taken a more holistic approach by including an enterprise level PaaS as part of their cloud offering, instead of “just” providing the infrastructure.

While IaaS vendors are certainly trying to add “PaaS-like” components, and the product lines may be seen as blurring, those looking to make a big impact in the cloud market need more. The PaaS being offered needs to be at an enterprise level, as both HP and IBM have done, not just a few components that “kind of” do the job,.

SHARE THIS STORY
RELATED STORIES
Wix Tackles Application-Level Security with Custom Detector Google Makes Postgres-Compatible AlloyDB Generally Available AWS Re:Invent Left Attendees with More Questions How Jit Builds a Platform Engineering Mindset in the Cloud Why a Twitter Founding Engineer Is Now All-in on Mastodon
TNS owner Insight Partners is an investor in: The New Stack.
SHARE THIS STORY
RELATED STORIES
AWS Code Catalyst: A 'Low-Code' Approach for the Dev Lifecycle Build a Churn Detection Train with AI Blueprints Is Low-Code Development Better for the Environment? It Happened to Me: How I Suddenly Owed AWS $13,000... Data, Analytics and AI: What Will Happen in 2023
THE NEW STACK UPDATE A newsletter digest of the week’s most important stories & analyses.
The New stack does not sell your information or share it with unaffiliated third parties. By continuing, you agree to our Terms of Use and Privacy Policy.