Lenovo Brings the Cloud On-Prem, to the Edge 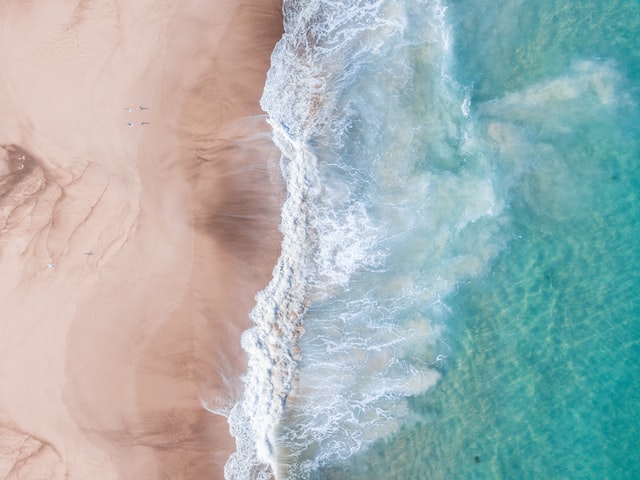 Lenovo officials at the company’s annual conference this week put their focus on the rapid changes roiling the IT industry, expanding the vendor’s as-a-service initiative and running out new offerings for the edge.

Driving these changes are such trends as the increasing enterprise adoption of hybrid cloud and multicloud strategies, the rise of hybrid work environments, the widening use of advanced technologies like artificial intelligence (AI), machine learning and data analytics, the Internet of Things (IoT) and the demand for more flexible infrastructure services.

“The design, deployment and operation of architecture is becoming more complicated,” Lenovo Chairman and CEO Yuanqing Yang said during his keynote address at the Tech World 2021 event, adding that he wanted buying an infrastructure solution from the company to be as easy as buying a PC. The infrastructure should be “easy to scale, easy to upload, and download.”

The vendor introduced its TruScale as-a-service offering more than two years ago, with a focus on infrastructure services. Now the company is expanding TruScale to essentially include Lenovo’s entire portfolio as a service, offering a pay-as-you-go consumption model that makes it easier, faster and more efficient for organizations to scale their IT environments.

It’s part of a larger trend in the industry to bring a more cloud-like environment to enterprises’ on-premises facilities, enabling access to hardware and software through flexible payment models rather than upfront costs and shifting the bulk of the maintenance and monitoring to the vendors. It also gives an on-premises environment that is consistent with their hybrid cloud ambitions.

Hewlett Packard Enterprises executives in 2019 said they planned to make their entire portfolio available as a service by next year, with its GreenLake hybrid cloud platform. Dell Technologies is making similar efforts with its Apex initiative announced last year and Cisco Systems in March put in place its own as-a-service program, called Cisco Plus.

Enterprises “are recognizing that it gives them the flexibility to scale up as they need,” Bob O’Donnell, principal analyst with TECHnalysis Research, told The New Stack. “They can scale up in terms of getting access to more compute resources, either on the server-side or on the even on the client-side, and then scale down as needed, depending on the nature of their business. It also gives them the ability to rapidly expand if they need to quickly.”

Lenovo cited reports from IDC and Gartner as well as its own research team that showed that the global as-a-service market is growing four times faster than the overall IT services total addressable market and that within three years, as-a-service models will account for 12% of enterprise spending on x86 servers. In addition, it will make up more than 50% of new enterprise storage spending and about 17% of commercial PC spending, up from 1% two years ago.

Through its expanded TruScale program, Lenovo is offering organizations fully managed infrastructure solutions that mirrors what they get in the cloud and gives them consistent data management in their hybrid cloud environments. The vendor also is working with VMware, Intel and Deloitte and device-as-a-service (Daas) security companies Absolute Software and SentinelOne to expand the breadth and security of its offerings.

“In a weird way, the cloud guys kind of paved the way for the old school guys to get into this business that they used to try to do separately, but now they’re able to do it through this new mechanism and model,” O’Donnell said. “It’s not radically new. It has to do with how things are packaged, how they’re paid for, how they’re acquired, ultimate ownership of said materials at a certain point, and potentially things like refresh and keeping the stuff up to date. All of those things are some of the types of benefits that these service models can do and it’s become a competitive requirement. Lenovo’s really pretty much the last one on board with this. When you’ve got all your major competitors doing this and you’re the only one, you kind of stick out, so they needed to do this.”

At the edge, Lenovo expanded its partnership with VMware and introduced an AI platform focused on computer vision capabilities that can be used in a broad range of industries, including retail, healthcare, smart cities and logistics.

With VMware, Lenovo is bundling the virtualization giant’s key technologies — including vSphere, vSAN and Tanzu, its collection of Kubernetes container solutions — with Lenovo’s ThinkSystem SE350 edge servers. Lenovo unveiled the 1U SE350 in 2019, aiming it at the edge and IoT. The form factor includes half-width and short-depth dimensions and is powered by Intel’s Xeon D-2100 chip and can support Nvidia’s T4 Tensor Core GPU for AI inference work. The ruggedized system can handle extreme temperatures and other environment conditions and be mounted in a rack or hung on a wall.

The new offering with VMware’s technology will dovetail with the adoption of hybrid cloud environments, giving enterprises looking to extend their IT infrastructure out to the edge the same familiar VMware tools that they use in their on-premises data centers. In addition, to better fit into edge environments, Lenovo reduced the size of clusters from four SE350s to two.

Third Leg of the Stool

The edge, driven by greater mobility and IoT, is quickly becoming the crucial third leg of the IT stool, joining traditional data centers and the cloud. Organizations are pushing more hardware and software out to the edge, closer to where many of the devices creating data are located, to more quickly capture, process and analyze the data. In addition, addressing data and at the end reducing the amount of data that needs to be sent back to the data center or public cloud, cutting down on networking expenses.

By 2023, more than half of all new IT infrastructure will be deployed at the edge, according to IDC. In addition, Gartner analysts are predicting that by 2025, 75% of enterprise-generated data will be created and processed outside of data centers and the cloud.

Automation is a key part of edge deployments, given the remote nature of the devices and data at the edge. Lenovo more than a year ago rolled out its Open Cloud Automation software solution for data center environments. Now the company has enhanced it to include features for the edge, offering a single interface for automating planning, deployment and lifecycle management of the physical and virtual infrastructure hosting cloud applications in the data center and at the edge.

Lenovo does this essentially by creating an infrastructure-as-code capability. Enterprises can create blueprints of the hardware and firmware they are using and then use Open Cloud Automation to convert the blueprints into code as JSON and Ansible script. When racks of systems are brought on, the automation software recognizes them and uses the blueprint to get them up and running.

Computer vision is a fast-growing AI application for the edge, including such use cases as security, safety, manufacturing quality control and retail. One version of the SE70 will include AWS Panorama pre-installed to transform IP cameras into smart cameras running computer vision at the edge and used for such tasks as tracking assets and monitoring inventory levels.

Jeffrey Burt has been a journalist for more than three decades, the last 20-plus years covering technology. During more than 16 years with eWEEK and in the years since as a freelance tech journalist, he has covered everything from data...
Read more from Jeffrey Burt
SHARE THIS STORY
RELATED STORIES
It Doesn’t Matter How Much You Spend on AWS Data, Analytics and AI: What Will Happen in 2023 Coherence Strives to Streamline Cloud Developer Experience Google Makes Postgres-Compatible AlloyDB Generally Available Wix Tackles Application-Level Security with Custom Detector
AWS, HPE and VMware are sponsors of The New Stack.
TNS owner Insight Partners is an investor in: The New Stack, sentinelone.
SHARE THIS STORY
RELATED STORIES
Is Low-Code Development Better for the Environment? Why Trust and Autonomy Matter for Cloud Optimization AWS Inf2: A 12-Chip System for Large-Scale ML Production AWS Re:Invent Left Attendees with More Questions Microsoft Makes Azure Load Testing Generally Available
THE NEW STACK UPDATE A newsletter digest of the week’s most important stories & analyses.
The New stack does not sell your information or share it with unaffiliated third parties. By continuing, you agree to our Terms of Use and Privacy Policy.