The latest release of Lens, the integrated development environment (IDE) for Kubernetes, is out, the first since the open source project found a new backer with Mirantis.
Oct 1st, 2020 11:17am by Susan Hall 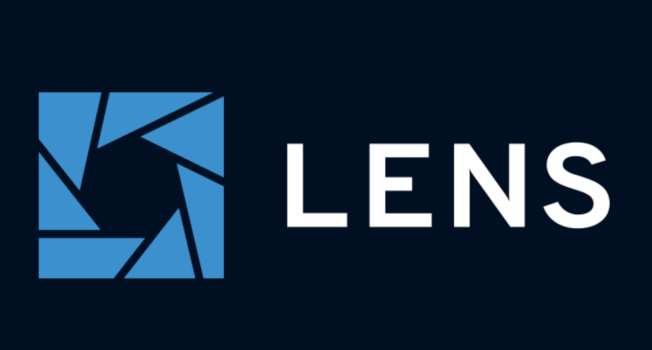 The latest release of Lens, the integrated development environment (IDE) for Kubernetes, is out, the first since the open source project found a new backer with Mirantis.

Lens enables developers to easily switch between the many clusters they have going at one time.  Without using agents on the clusters themselves, its built-in terminal gives access to kubectl, the Kubernetes command-line tool, as well as integration with Prometheus for visualizing monitoring statistics. With each cluster, the terminal maintains the correct kubectl version and context.

It also enables developers to work with multiple Kubernetes clusters on any cloud from a single environment.

With the built-in Smart Terminal, which automatically switches the version of kubectl to match the currently selected cluster API version, you can now define which directory you want to use.

Lens 3.6 manages Kubernetes cluster access using kubeconfig files directly as cluster references, meaning you no longer have to copy-paste the contents of those files to update them.

The Lens team had found many developers are using third-party tools from managed Kubernetes service providers to generate their kubeconfig files, which didn’t necessarily keep them updated.

With the built-in Smart Terminal, which automatically switches the version of kubectl to match the currently selected cluster API version, you can now define which directory you want to use. Users in restricted environments had found it impossible to use due to Smart Terminal bundled binaries that restricted directory access. On the other hand, Smart Terminal can be turned off altogether and a custom path created for the kubectl binary to be used.

Lens grew out of a Finnish company, Kontena, focused on running containerized applications across multiple hosts on any cloud infrastructure. Lens was developed internally at Kontena as a way to manage big online services it was running on top of its Kubernetes distribution Pharos.

“Soon, we realized that actually quite many people like this user interface. They were asking to use this user interface technology, with maybe some other flavors of Kubernetes. So then actually, we decided to take out all the dependencies to our own flavor of Kubernetes. And we made it kind of generic solution,” said Miska Kaipiainen, Kontena founder and former CEO. But it didn’t gain enough traction and the company was running out of money.

In stepped Mirantis, which hired the Kontena team last fall, around the time it acquired Docker’s enterprise business as part of its efforts to accelerate Kubernetes capabilities within the company. It said at the time the addition of Kontena would “accelerate its product roadmap in multicluster management, cluster visibility and insights, and tools for application developers. Mirantis will leverage the IP acquired from Kontena for existing Kubernetes technology in Docker Enterprise, including Docker Kubernetes Service (DKS) and Universal Control Plane (UCP).”

In March, Lens was released as open source under the MIT license and has since grown to a community of 35,000 users and 7,000 GitHub stargazers. The original Kontena principals were able to retain copyrights to the intellectual property, which now is in Mirantis’s hands, but it’s all open source, according to Kaipiainen.

Its users include Apple, Zendesk and Adobe.

In its most recent report on Multicloud Container Development Platforms, which evaluated Mirantis based on Docker Enterprise 3.0, shipped back in 2019 rather its most current version, analyst firm Forrester cited the company’s need to improve capabilities for cloud-native developers. Its support for Lens is one way it’s working on that.

Originally architected as a web-based tool, Lens was redesigned as a desktop application that runs on macOS, Windows and Linux operating systems installed as a self-contained binary.

“We released this as a kind of system that could be deployed in a cluster and basically on top of any Kubernetes cluster providing this type of user experience through the web browser,” Kaipiainen said of the initial low rate of downloads at Kontena.

“We actually contacted most of the users who tried to install it and people who were also successful with it. We found out that actually the real enthusiasts who would like to use this software, [but] they don’t necessarily have the admin rights or role to the clusters that they are dealing with. So those clusters are created by their enterprise IT departments … and they don’t have control on what type of dashboard they can install in a cluster.

“So that was kind of kind of an ‘aha’ moment for us. We realized that actually, there is a big group of people who are actually the end users of Kubernetes who are not administrators,” Kaipiainen said.

The company learned that Spotify and Slack, among others, had been using Electron to wrap web-based applications so they can run as native desktop applications.

“So we’ve we figured out that, OK, we can package the Lens UI technology into an Electron app, and just communicate the Kubernetes clusters using the Kubernetes APIs,” he said.

If we have a developer who has access to the kubeconfig file, we are actually able to provide this beautiful user experience for the users.”

Using Kubectl, the command-line tool, and others, developers can use 20 different dashboards for the different technologies showing information that they want to see from their clusters.

“Basically what we have been trying to do with the with Lens is package all the essence of Kubernetes technologies and tools,  integrating them [to] really streamline the Kubernetes developer activities like deploy, run, manage, debug, inspect, observe,” Kaipiainen said.

He points to Octant from VMware as possibly its closest rival, while though not an IDE, another popular tool is K9S. Mirantis co-founder and CEO Adrian Ionel also has compared it to Microsoft’s Visual Studio in its ability to make writing, testing and running Kubernetes apps easy and simple on any public or private cloud.

Lens 4.0 will be coming out in early October, according to Kaipiainen, now director of engineering at Mirantis.

The company also will start integrating with other cloud native technology vendors in integrating a plug-in architecture to integrate their products.

“We are just barely scratching the surface with the potential we have with this tool,” he said. “Through the extension API and everything, I think there are endless possibilities for how we can improve the life for developers who are working with this.”

Susan Hall is the Sponsor Editor for The New Stack. Her job is to help sponsors attain the widest readership possible for their contributed content. She has written for The New Stack since its early days, as well as sites...
Read more from Susan Hall
SHARE THIS STORY
RELATED STORIES
Data, Analytics and AI: What Will Happen in 2023 Kinsing Malware Targets Kubernetes DevPod: Uber's MonoRepo-Based Remote Development Platform Wasm for the Frontend: A Look at Developer Use Cases Testkube Moves to the Cloud in Beta Release
VMware and Mirantis are sponsors of The New Stack. TNS owner Insight Partners is an investor in Mirantis.
TNS owner Insight Partners is an investor in: The New Stack, Mirantis, Docker.
SHARE THIS STORY
RELATED STORIES
DevOps: Kubernetes Help Desk or Self-Driven Innovation? Kubernetes Needs to Take a Lesson from Portainer on Ease-of-Use Kubernetes App Deployment from the Command Line Managing the Cost of Kubernetes Data, Analytics and AI: What Will Happen in 2023
THE NEW STACK UPDATE A newsletter digest of the week’s most important stories & analyses.
The New stack does not sell your information or share it with unaffiliated third parties. By continuing, you agree to our Terms of Use and Privacy Policy.