The Case for Serverless in the Enterprise: User Insight 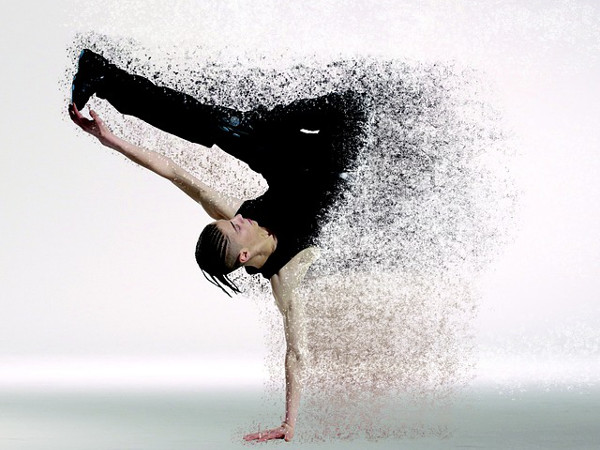 Over the past year, we’ve spoken with dozens of enterprises leveraging serverless technology in hopes of better understanding this quickly moving industry. Reflecting on the conferences we attended and conversations we’ve had recently, we’ve been astounded by how quickly the discussion has advanced over the past year. No longer were presentations and community meetups answering “what is serverless?” Instead, enterprises and startups alike were focused on pushing the boundaries of use cases built on top of serverless and thinking about the tools, frameworks, and platforms necessary to flesh out this ecosystem.

We have been pleasantly surprised to see that early adopters are not solely startups or Silicon Valley tech companies — many large and established enterprises continue to not only explore but also push serverless into production.

So, as we think about what 2018 may bring, we wanted to share some of what we learned from discussions with enterprise buyers in 2017. 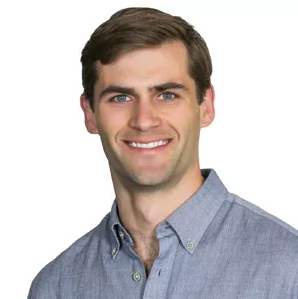 Mike Droesch
Mike Droesch is an investor in Bessemer Venture Partner’s New York office where he focuses on investing in cloud-native infrastructure, serverless, developer platforms, and networking technology companies. Reach him @MikeDroesch or on LinkedIn.

Serverless frees developers from having to think about managing infrastructure or backend operations, but this can also make it challenging to deploy, monitor, and understand what’s going on in a serverless application. Tools for this are still relatively new, but many enterprises we’ve spoken to have a huge appetite for tools, particularly those that can give them greater visibility over their systems or help them manage the new event-driven paradigm that serverless has ushered in.

Rob Gruhl, engineering manager of the Serverless team at Nordstrom, explained why the world needs serverless-specific tools: “As companies invest in and deliver serverless technologies, the natural evolution is to focus on event-driven and event-sourced systems. This translates to viewing the architecture as a data flow system with real-time sensibility, which is an interesting new way of thinking about the world.” 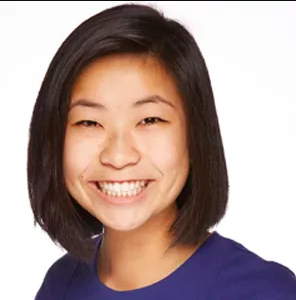 Jenny Gao
Jenny Gao is an investor in Bessemer Venture Partner’s New York office where she focuses on investing in cloud-native infrastructure and developer tools, machine intelligence, voice platforms and consumer web technology companies. Reach her @gaotweets or on LinkedIn.

Enterprises are eager to find tools that can handle a lot of the new and more-nuanced monitoring challenges that serverless may bring, particularly as they relate to understanding the event-driven nature of serverless systems. Gruhl continued, “When you build and deploy a serverless system, it’s not easy to understand what is going on… there is no super clean solution for debugging or tracing, especially as you have unpredictable outlier response times.”

While monitoring companies such as Datadog have expanded their product line to include a serverless-focused offering, many teams have recognized the opportunity to cater to this new way of thinking. New startups such as IOPipe focus entirely on monitoring for serverless functions.

Another growing tooling opportunity is in deployment and operations management. As we’ve seen a lot of companies pop up in the container space to make deployment of the Kubernetes open source container orchestration engine easier, we are seeing a set of companies emerge with the goal of helping enterprises ensure the functions they execute fit basic deployment criteria. Stackery, for example, is a serverless-focused company that provides a deployment tool implementing automated safety and security checks.

One last area where we have seen enterprises express a need for tooling is in business operations management. A serverless leader at a Fortune 500 consumer goods company shared some of the questions he’s had to tackle: “How do we track utilization such that I can charge for it when there are multiple business units using one resource? How do I bill across five different business units using lambda?”

Serverless Is Not Just About Cost Savings. It’s Also About Freeing up Developers

The cost-savings benefits of serverless are well-documented, particularly in applications that have highly variable demand. For some enterprises, this can be a real driver of adoption, as one Fortune 500 engineering leader explained: “We did a pricing exercise with a sample of our services and the monthly cost came out to pennies versus hundreds of dollars.”

While many enterprises are saving money with serverless, the more intriguing value is in the operational benefits serverless delivers by freeing up developers to spend less time worrying about infrastructure and more time shipping products.

Speed of product development is slowly but surely becoming a top priority in many forward-thinking enterprises. There is no faster way to ship code than by freeing frontend developers from the hassle of managing and provisioning infrastructure for their applications. This is a model that Netflix has pioneered, by building an internal serverless-like platform that enables front-end developers to focus exclusively on building client apps and pull anything they need from the backend through a common API.

We have also heard from enterprises such as Thomson Reuters, about how valuable this faster development time is to them.  In our conversation with Marco Pierleoni, Lead Software Developer at Thomson Reuters, he explained how they use serverless to power some of their analytics applications and mentioned that the biggest driver for them to adopt serverless was the fact that it allowed them to go to market so much faster.

“It was very easy to sell internally as developers no longer need to have the responsibility for how the infrastructure works, all of the operations are outsourced,” he said.

Some Enterprises May Leapfrog Containers and Build on Serverless Instead

“I’ll be brutally honest I feel pretty meh about everything in the container space right now.  [containers] really don’t apply to us anymore. Our tech team stays on the pretty early part of the hype cycle curve, but I’ll never deploy another container in my life if I can avoid it.”
— Steve Faulkner, Bustle

Steve Faulkner, director of engineering at Bustle, led the company’s transition to be 100 percent serverless last year and hopes to “never deploy another container in [his] life if he can avoid it.”

While it’s no surprise that tech-savvy companies such as Bustle are comfortable diving head first into serverless technology, we think we’ll see a similar transition for more traditional enterprises — leapfrogging containers and becoming cloud-native with serverless-based applications.

One of the biggest pain points we’ve heard in our discussions with enterprises is that they don’t know where to start in their transition from monolith to microservices. Figuring out which part of the monolith to shift to containers is daunting and organizationally difficult. On the other hand, serverless cloud providers allow enterprises to quickly incorporate functions into non-mission critical features, letting small teams quickly become familiar with the value and ease of serverless-based technologies.

Serverless takes virtualization to its logical extreme, and in doing so provides a superior developer experience in terms of abstracting code away from the underlying infrastructure. Over the next few years, we expect more enterprises to jump right to serverless, because it is so easy to get up and running, and then potentially work backward to containers for any container-specific needs they encounter.

As this transition occurs we expect an explosion of tools and frameworks to assist teams in using serverless. We may even see adoption of some “hybrid serverless” platforms aiming to provide the simplicity and high level of abstraction of serverless with some of the features of containers, such as longer persistence and greater configuration control.

Each infrastructure platform shift brings with it a host of benefits and challenges.  Most enterprises take a few years to watch others prove out the technology, develop their own strategy, and then finally start retooling their organization to jump on the bandwagon. However, few platform shifts have been followed so quickly by another major innovation as containers were followed by serverless. Many enterprises that had been watching containers for the past few years were just getting ready to adopt containers when serverless burst on the scene, so it will be interesting to watch how enterprises potentially reconsider their decisions in light of the serverless movement.

Enterprises have a lot of inertia and are traditionally slow to adopt new technology. However, we have been very impressed by the range of companies that are starting to experiment with it. This is largely because serverless is so lightweight that it is easy for one small team within a company like Coca-Cola to start building a serverless app and then quickly share the good news internally and inspire other teams.

Unlike many other emerging technologies which tend to help startups more than enterprises, we think serverless will give enterprises the speed and agility to compete better with the fast-paced product iteration cycles of the best startups. We look forward to watching how enterprises continue to surprise us in adopting this new platform and we are eager to back the startups that are building the tools, platforms and frameworks necessary to support this massive transition.

SHARE THIS STORY
RELATED STORIES
AmeriSave Moved Its Microservices to the Cloud with Traefik's Dynamic Reverse Proxy eBPF or Not, Sidecars are the Future of the Service Mesh Why Enterprises Need a Management Plane Lessons from Deploying Microservices for a Large Retailer Why Distributed Testing Is the Best Way to Test Microservices
TNS owner Insight Partners is an investor in: Sisense.
SHARE THIS STORY
RELATED STORIES
StreamNative Integrates Kafka into Apache Pulsar-Based Cloud Confluent Adds Tighter RBAC, Grafana and Other Features Vanguard’s Iterative Enterprise SRE Transformation The Kubernetes Manifest Life Cycle Too Often Overlooked Embracing Testing in Production
THE NEW STACK UPDATE A newsletter digest of the week’s most important stories & analyses.
The New stack does not sell your information or share it with unaffiliated third parties. By continuing, you agree to our Terms of Use and Privacy Policy.