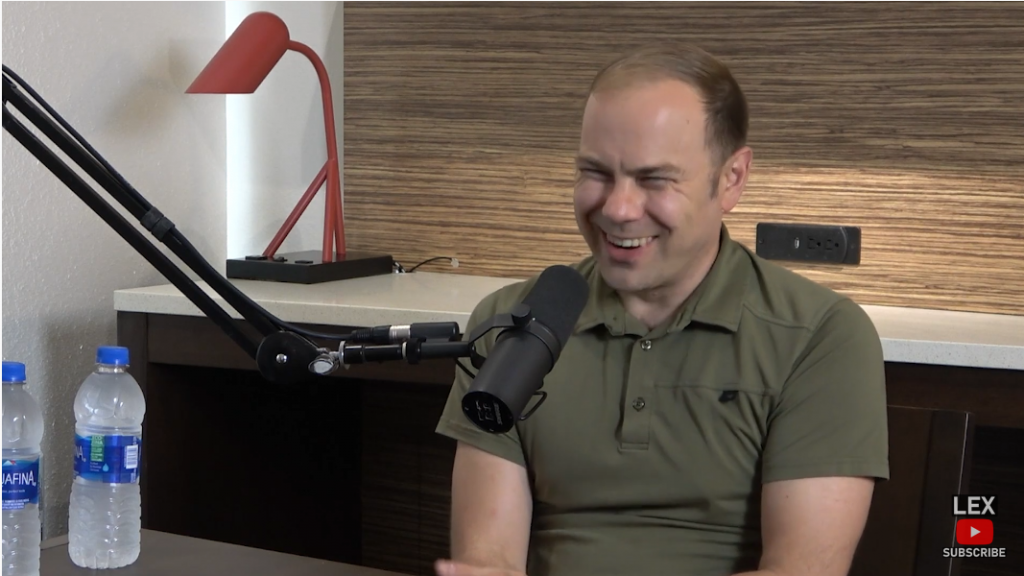 Are the secrets of technical leadership hiding in plain sight? Last week one podcast captured a remarkable conversation between two top technologists sharing their own insights into what it takes to make progress.

For two hours and forty-two minutes, software engineering guru and LLVM and Swift creator Chris Lattner answered questions on the podcast of Lex Fridman, an MIT researcher who’s working on autonomous vehicles, human-robot interaction, and machine learning. Lattner “is one of my favorite people to talk with,” Fridman posted on Twitter, adding that he is also “one of the most brilliant engineers of the modern computing world, from Apple, Tesla, Google, to now SiFive.” SiFive is “the first fabless semiconductor company to build customized silicon based on the free and open RISC-V instruction set architecture,” according to its web site.

It was a surprisingly open and candid conversation — possibly because the two technologists are also real-life friends. But besides the many technical topics covered in their freewheeling conversation, they also offered real insights into the mechanics of leadership.

Here’s a few of their most insightful moments.

Fridman asked Lattner what he’d learned from the legendary visionaries he’s worked with — including Steve Jobs and Elon Musk. Musk and Jobs were both demanding, Lattner remembered, though “My sense is Steve is much more human-factor focused, where Elon is more technology-focused. Steve is trying to build things that feel good, that people love, that affect people’s lives, how they live. He’s looking into the future a little bit in terms of what people want.”

How did their managing styles compare? Lattner acknowledged that he didn’t work closely with Jobs, but “My sense is that he pushed people really hard, but then when he got an explanation that made sense to him, then he would let go. He did actually have a lot of respect for engineering, but he also knew when to push. When you can read people well, you can know when they’re holding back and when you can get a little more out of them. I think he was very good at that.”

This brought some observations on leadership itself, which Lattner acknowledged “is really hard” before offering some useful tips of his own. First, “I think you really need to know what you’re talking about… Being grounded on the product, on the technology, on the business, on the mission, is really important.” But it’s also important to understand your human capital, “what really motivates people, how to get the best people, how to build a plan that actually can be executed.”

And ultimately leadership is a multifaceted thing that depends on your moment in time and the problems being solved. “There’s a lot of issues that don’t need to be solved, and so if you focus on the right things and prioritize well, that can really help move things,” Lattner said. One of the things that impressed Lattner about Tesla was its deeply unifying vision. “People are there because they believe in clean energy and electrification, all these kinds of things.”

This lead to a revealing exchange:

Lattner said with a smile, “It turns out that if you ask a lot of dumb questions, you get smarter really quick. And when you’re surrounded by people that want to teach and learn themselves, it can be a beautiful thing.”

At one point Lattner showed the principles of leadership in action, giving a demonstration of knowledgeability, team building, and a focus on the problems to be solved when it comes to designing a programming language.

He began by noting that many languages available “all have different trade-offs, and they’re tackling different parts of the problems.” But he also sees them at two different levels. “One is the down-in-the-dirt, nuts and bolts of how do you get the computer to be efficient, how they work, type systems, compiler stuff, things like that.” But the other level is what Lattner calls the language’s user interface — which he says as “really a design problem.”

“People can tell when a programming language is good or when it was an accident.”–Chris Lattner

“Most people will walk up to them and look at the surface level of syntax, and say ‘Oh, I like curly braces,’ or ‘I like tabs’ or ‘I like semicolons’… Fairly subjective, very shallow things,” he said.

“People can tell when a programming language is good or when it was an accident.”

How Change Gets Made

Lattner has enjoyed a fabulous career — so it was interesting when Fridman asked what advice he’d give young people. “I think you come back to change,” Lattner answered.

“The secret to me is that you have to love what you’re doing and following that passion because when you get to the hard times, that’s when if you love what you’re doing, you’re willing to push through. This is really hard because it’s hard to know what you will love doing until you start doing a lot of things. And so that’s why I think that, particularly early in your career, it’s good to experiment. Do a little bit of everything. Go take the survey class on — the first half of every class in your upper-division lessons. Just get exposure to things, because certain things will resonate with you, and you’ll find out, ‘Wow, I’m really good at this. I’m really smart at this.’ Just because of the way it works with your brain.”

And what was his own experience?

“Well, I got lucky. I think that many people forget that a huge amount of it, or most of it is luck. Let’s not forget that.”