The Linux Foundation’s new LF Edge project brings together three existing projects and two new ones in an effort to foster interoperability and collaboration across the development communities for edge computing and the Internet of Things.
Feb 6th, 2019 7:00am by Susan Hall 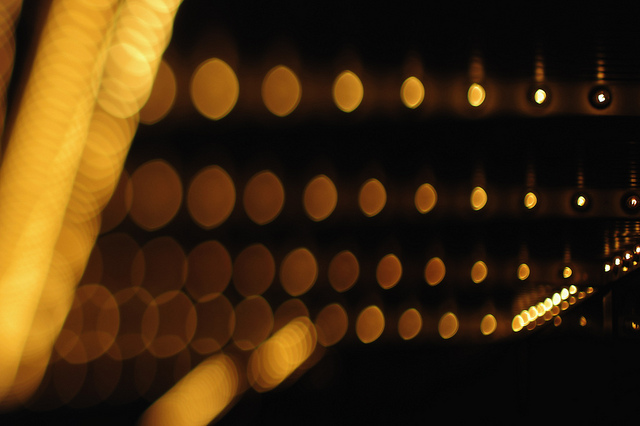 The Linux Foundation’s new LF Edge project brings together three existing projects and two new ones in an effort to foster interoperability and collaboration across the development communities for edge computing and the Internet of Things.

The umbrella organization is focused on establishing an open, interoperable framework for edge computing.

“If you look at enterprise software today, there are quite a bit of proprietary stacks. Then you are locked into a vendor or a cloud,” said Arpit Joshipura, the Linux Foundation general manager for Edge and the Internet of Things IoT. “We’re seeing a whole new emergence of open hardware and open software. Edge is no different. It has happened in networking, in cloud where there is disaggregation and there’s openness. You can use any silicon, any vendor, any open source software.”

At launch, the initiative has more than 60 founding members and is focused on all the different markets: enterprise, IoT, telecom and cloud.

He pointed to five technologies on which the edge market is converging: 5G, microservices, artificial intelligence, hardware and on-demand network functions virtualization (NFV).

These technologies are most widely used in manufacturing, oil & gas, retail, home and automotive industries, while other markets, such as smart cities and healthcare may develop more slowly because of regulation, he said.

It defines edge as compute and storage on distributed devices close to the application.

“The community is saying that if an application requires 5 to 20 seconds of latency — really fast processing at the edge — that is an edge application. If you’re collecting data from a factory and shipping it to an Amazon data center hundreds of kilometers away, it might be an IoT application, but it doesn’t qualify as edge,” Joshipura said.

April is expected to bring the fourth release of EdgeX Foundry and 19 Akraino blueprints that address different edge use cases including IoT, telecom access, network cloud, and industrial automation.

Edge is a rapidly developing market projected to grow to $3.24 billion by 2025, according to a study conducted by Grand View Research.

It’s also a movement that has implications for traditional hardware and software as well as cloud installations.

“What LF Edge gives you is that multicloud capability from a software perspective. …We’re working with the cloud players as well. All these projects are working collaboratively across markets and across consortiums,” Joshipura said.

“Edge does not work in isolation. [We have] all these projects, but then you have all these core projects like Kubernetes and the telecom cloud ONAP [Open Network Automation Platform]. We have working groups within those projects to work with Akraino and EdgeX.”

The number of edge devices is expected to exceed 20 billion by 2020, with video applications expected to account for 82 percent of edge traffic, followed by autonomous vehicles, augmented reality/virtual reality, industrial Internet of Things (IIoT) and gaming. That’s according to a Linux Foundation/IHS Markit survey.

Telecoms, in particular, can’t ignore the threat of over-the-top video, according to Chetan Venkatesh, CEO and co-founder of Macrometa Corp., which offers a serverless edge platform. He contends that in 10 years edge will eclipse the hyperscale data centers of the cloud.

Edge Research Group analyst Jim Davis and Structure Research analyst Philbert Shih, authors of the State of the Edge report, say it will create a more open and collaborative model between the edge and the centralized cloud.

“The CNCF community sees edge computing as a natural extension of cloud-native practices, both on the infrastructure side as well as on the device side. Edge computing will drive a shift in how all applications are designed and managed.”

Susan Hall is the Sponsor Editor for The New Stack. Her job is to help sponsors attain the widest readership possible for their contributed content. She has written for The New Stack since its early days, as well as sites...
Read more from Susan Hall
SHARE THIS STORY
RELATED STORIES
What Is Mobile Edge Computing? How New Sony AI Chip Turns Video into Real-Time Retail Data Spotify: Bigger the Codebase, the More Challenging the Migration Top Edge Computing Companies to Know Pinterest: Turbocharge Android Video with These Simple Steps
TNS owner Insight Partners is an investor in: The New Stack.
SHARE THIS STORY
RELATED STORIES
CES 2023: Robots, Astronauts, Schwarzenegger and Flying Cars Livin’ Kubernetes on the (Immutable) Edge with Kairos Project 7 Edge Computing Uses You Should Know Pinterest: Turbocharge Android Video with These Simple Steps 9 Supply Chain Security Best Practices
THE NEW STACK UPDATE A newsletter digest of the week’s most important stories & analyses.
The New stack does not sell your information or share it with unaffiliated third parties. By continuing, you agree to our Terms of Use and Privacy Policy.