Lightstep has released the first four of its OpenTelemtry Launchers, starting with Go, Python, Node, and Java, which it says "make it possible for engineers to understand complex systems in minutes, with a single line of code.
Sep 29th, 2020 11:09am by Mike Melanson 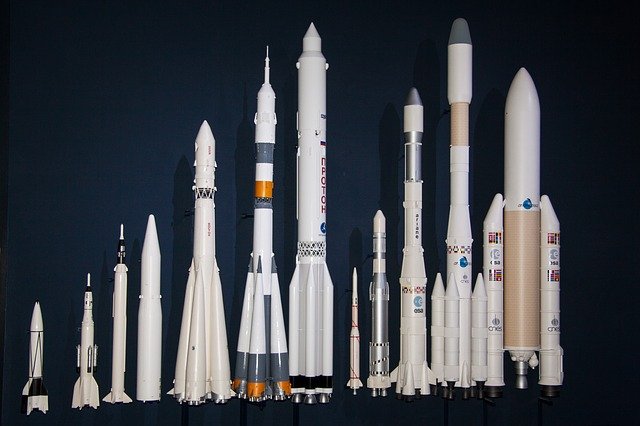 Lightstep has released the first four of its OpenTelemetry Launchers, starting with Go, Python, Node, and Java, which the company claims “make it possible for engineers to understand complex systems in minutes, with a single line of code.” More specifically, these launchers make it possible for developers to quickly connect Lightstep to OpenTelemetry’s open source observation tools, which Lightstep Chief Technology Officer Daniel Spoonhower emphasizes helps save users from the vendor lock-in possible when choosing an observability platform.

“With a tool like New Relic or AppDynamics, there’s a proprietary piece of code that you run that’s coupled into your application, usually called an agent. That thing is really part of the vendor’s tooling. People buying those tools put in a bunch of work and that locks them in, in a lot of ways. As they want to build new features, that requires them to make changes also to that agent, so they end up investing a lot of work in it. OpenTelemetry is an evolution of that process, where that extraction of the performance data becomes an open source tool,” said Spoonhower.

Lightstep started in 2015 and has since focused its gaze on observability, performance management, and analysis for microservices and distributed applications. Lightstep, explained Spoonhower, goes beyond simply providing observation tools to helping analyze the complicated signals collected from metrics, logs, traces, and other data, and finding a cause for why something may have happened.

“When the application is monolithic, and something goes wrong, it’s easy to kind of point to what happened, because the set of changes within the application is pretty small. There was one release this week, so that was probably the problem, but in an application that’s more loosely coupled, more distributed, there’s just so many things changing all the time, and the interdependencies of those things, that it’s hard for a human to figure that out,” explained Spoonhower.

OpenTelemetry is a Cloud Native Computing Foundation (CNCF) sandbox project and an open source collection of APIs, libraries, agents, and collector services that work to capture distributed traces and metrics and export them to observation tools. The project started last year with the merger of OpenTracing, the distributed tracing project originally created by Lightstep in 2016, and OpenCensus, a portable instrumentation project centered on metrics created by Google in 2018. While OpenTelemetry provides vendor-neutral tools to get telemetry data out of cloud native applications and into analysis tools like Lightstep, the process can still require some amount of expertise. This is where Lightstep’s launchers come in.

“OpenTelemetry is this universal format, but it’s just like the specification for a power outlet. You still have to think about how you’re going to connect all the wires with your utility,” said Spoonhower. “You can think of what we’re doing as more of a plug and play thing, where we’ve already selected a bunch of those components for you. They’re all behind your walls anyway, so you didn’t really want to learn about them, but we’ve packaged that stuff up for you.”

In addition to compressing the process of connecting Lightstep with OpenTelemetry into a single line of code, Spoonhower said that there is “sanity checking that happens underneath the hood” to help users get their connection configured properly. Not only does OpenTelemetry require a certain level of expertise and familiarity, but so does each vendor you might connect it to, and Lightstep is essentially making that process as easy as possible for its own users, but Spoonhower says the launchers are a step toward making OpenTelemetry more accessible overall.

“Moving toward OpenTelemetry is great in terms of giving folks flexibility, it’s just that there are some costs that come along with that. We want people to use OpenTelemetry, whether they’re using Lightstep or not,” said Spoonhower. “We want them to have a good experience with it and this is a way for us to help achieve that vision. We think we’re the best-end for OpenTelemetry, but we’ll let you choose that. We’re still going to help you think about OpenTelemetry and how to do it, and launchers are another piece of that.”

Mike is a freelance writer, editor, and all-around techie wordsmith. Mike has written for publications such as ReadWriteWeb, Venturebeat, and ProgrammableWeb. His first computer was a "portable" suitcase Compaq and he remembers 1200 baud quite clearly.
Read more from Mike Melanson
SHARE THIS STORY
RELATED STORIES
Prometheus at 10: What's Been Its Impact on Observability? Chronosphere Nudges Observability Standards Toward Maturity Beyond Hello World: Startup Gamifies Development Skills How We Manage Incident Response at Honeycomb Why Test Debugging Is Crucial for the Retail Sector
TNS owner Insight Partners is an investor in: The New Stack.
SHARE THIS STORY
RELATED STORIES
Groundcover: Simplifying Observability with eBPF 5 Ways Trace-Based Testing Matters to SREs SLO vs SLA: What's the Difference and How Does SLI Relate? Chronosphere Nudges Observability Standards Toward Maturity How Capital One Performs Chaos Engineering in Production
THE NEW STACK UPDATE A newsletter digest of the week’s most important stories & analyses.
The New stack does not sell your information or share it with unaffiliated third parties. By continuing, you agree to our Terms of Use and Privacy Policy.