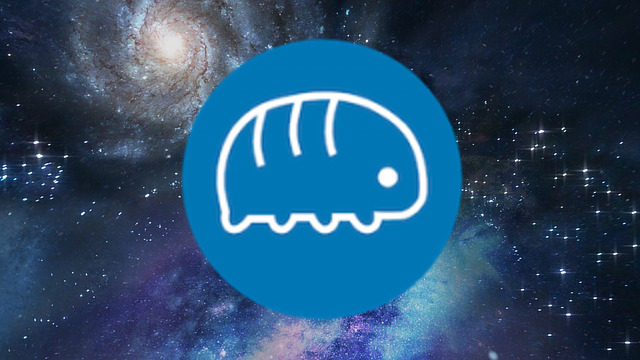 When building software, most developers and engineers focus on making it work. Software resiliency engineers, however, approach from the flip side: designing with failure as the norm.

Not as crazy as it may sound. In an age of ever-more complex systems, our builds consist of so many moving parts that it’s nearly inevitable that something will break, and sooner rather than later. The fundamental point of containerization is to at least organize and isolate the components, so they hopefully fail in isolation rather than in concert. Not to mention balancing the load between containers so services remain, hopefully, at least partially available even when things go sideways.

Site reliability engineering (SRE) is all about the Zen of failure as the new normal: designing systems not merely to anticipate failure, but to embrace it.

The SRE team at LinkedIn recently launched Project Waterbear — essentially, an organized effort to provide “application resiliency as a service” for the applications and engineering teams across the entire company. The project’s curious name is a tribute to tardigrades, more commonly called “water bears” — tiny eight-legged micro-animals capable of surviving in extreme conditions fatal to nearly any other life form, from underseas volcanoes to the icy black vacuum of outer space.

The impetus for Project Waterbear arose about a year ago, according to Bhaskaran Devaraj, senior director of site reliability engineering at LinkedIn. “After diving into many site issues, we identified a common pattern — a lot of these issues were caused by unpredictable system and application failures,” said Devaraj. “We also realized that, even though we had an amazing engineering culture, resilience was not a baked-in part of it.”

In theory, he continued, every developer wants to write resilient code. In reality, however, very few of us have the capacity, training or tools to measure the resilience of their code. “Most developers just kind of have to ‘hope’ their code — or the framework — will somehow magically be resilient, or there will never be a failure in the system,” said Devaraj.

So into this gap comes Waterbear, built to provide a tangible methodology and set of tools for developers to understand their code/system dependencies… and then embrace failure like a boss by selectively simulating failure scenarios so as to observe how their code will behave.

For example, explained Xiao Li, another member of LinkedIn’s SRE team, “Waterbear will enable a front-end developer to understand which one of their dependencies will cause their page to crash with just a few clicks.” A particularly useful function when your company’s current home page depends on more than 550 different endpoints in its dependency tree.

Or, say, allow a distributed storage team to simulate network partition or host disk failure. “Waterbear gives developers some great tools, for sure,” added Li. “More importantly, though, by building these checks and guardrails into the existing CI/CD pipeline, Waterbear can help developers confidently build systems resilient to real-world turbulence.”

So, what specifically does Waterbear do?

There are two components to successfully integrating resiliency engineering into an organization’s software development workflow, said Devaraj: not just technical changes, but also cultural. The SRE team identified two broad technical areas for their initial focus, but realized they would need to push for cultural changes within the company in order for the tech to truly succeed in improving resilience throughout.

On the tech side, efforts were aimed both at current needs as well as the anticipated future. This boiled down to making sure LinkedIn systems were running on a resilient cluster of resources while handling failures intelligently — with an ultimate goal of designing self-healing systems. Efforts fell into the categories of “chaos engineering” — building intelligent tools for introducing failure — and improving Rest.li, the company’s bespoke open source REST framework.

“Waterbear necessitated changing the default behavior of the framework itself,” said Devaraj. “Namely by providing the value for important settings of the framework, and then introducing resilience-focused features to ensure we could build graceful degradation functionality into everything we do. (“Graceful degradation” refers to ensuring that, when a non-core dependency experiences failure — for example, an ad failing to load on a page — the page will still load with reduced information. Not ideal, but still impacting UX less than redirecting an error/”wiper” page).

Tools in Waterbear’s “failure injection” arsenal include LinkedOut, a framework and tooling, implemented with the REST.li client, that allows engineers to test how user experience degrades in different failure scenarios across the entire application stack. “It’s as simple as bumping a dependency and enabling a configuration value,” said Li. “From there, any LinkedIn employee can use our Ember web application or Chrome extension to trigger failures throughout the stack.” 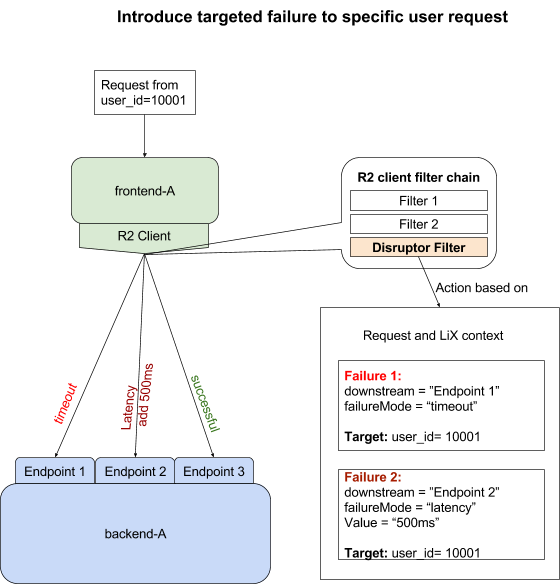 To ensure downstream members are not affected by failure testing experiments, the SRE team leveraged LinkedIn’s existing LiX A/B testing and experimentation framework which, Li explained, “minimizes the blast radius of failure testing” by providing precise controls over where — and for which users — failure would occur. “With LiX targeting, we can minimize disruption to parameters as narrow as a specific user making a specific request with a specific Rest.li method,” he said.

Another fun new toy: FireDrill, responsible for infrastructure failure induction. Currently, said Li, the SRE team is using FireDrill as an automated and systematic means of simulating infrastructure failures in production, so as to proactively build applications able to withstand things like DNS pollution, high network latency, or even data center failure. Currently, they’re using modules in SaltStack to simulate host-level failures, including network failure and CPU/memory failure. FireDrill’s next phase will “create power, switch, and rack failures in our data centers.”

On the cultural side, Devaraj said, the SRE team understood the need to get buy-in from engineers across the entire company — after all, what good is building it if they don’t come? “We were expecting pushback because introducing failures in production and requesting resilient features both potentially create drag on product delivery timelines,” he said. The SRE team’s hearts and minds approach involved demonstrating Waterbear “wins” through live “roadshows” to other engineering teams, and also creating training videos to ease onboarding.

And it’s not all tech talks, he added: In the works is a set of competitive games and challenges aimed at “making it fun for people to discover and fix the resiliency issues in their particular projects.”

So far, so good: Devaraj reports that the “general reaction has been positive.”

“Our product and engineering teams are committed to uptime. And we showed them we understood this — that it is the very thing which drove us to create Waterbear,” he said. “The SRE team understands the speed of feature delivery is important, and by working together with developers, our goal is to inject the tooling into the right places in the development process so friction is minimized.”

Long term, he concluded, embracing Waterbear will enable developers to build more resilient products, which will, in turn, mean less time spent dealing with failures in production — and more time for developing features.

Microsoft, the parent company of LinkedIn, is a sponsor of The New Stack.