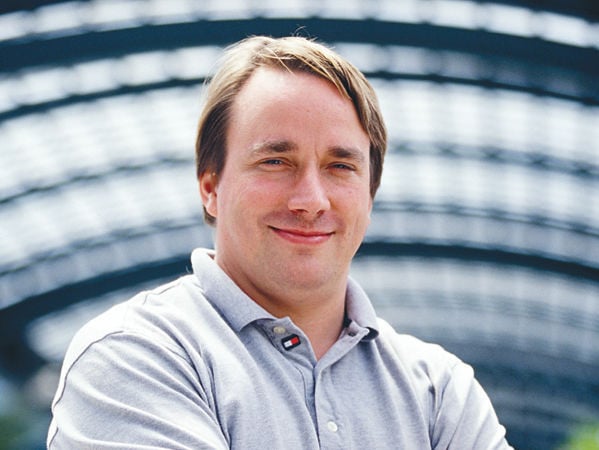 Twenty years ago, Christine Peterson coined the phrase Open Source. But even by then, what we know now as the open source community was already in full swing, thanks to the growing popularity of Linux, PHP, Apache and many other freely-distributed programs.

As a chance to delve into that history, and the forces that brought us where we are today, I decided to ask the question: Were people using the phrase “open source” before 1998? If not, how did they refer to the software?

I contacted Linus Torvalds, the creator of Linux (as well as git, another nearly universally-used open source program). “I honestly can’t remember,” he responded.

In a detailed email, Torvalds laid out his own recollection: “I think everybody agrees that the term was pretty much ‘officially’ adopted early 1998. There were meetings and discussions about it, but as far as I’m concerned, it became official at the so-called ‘Open Source Summit’ on April 7, 1998 in Palo Alto.”

And Eric Raymond, the long-time Open Source advocate who was at that meeting, corroborates Peterson’s version of events, leaving some additional thoughts as a comment on her post. “I can add that it was indeed I who explicitly brought up terminology as an issue,” he wrote. “I had a clearer initial sense than others there (though they did catch up with me later) that we were in effect planning a marketing and branding campaign… But it was something I didn’t talk about much because I knew ‘marketing’ was a bad word to these dyed-in-the-wool geeks, something they’d need to get used to thinking about gradually.”

Peterson remembers that before 1998, Brian Behlendorf was actually using the clunky phrase “source code available” software — although the official definition of “open source” software later also insisted on the ability to modify and redistribute that code. Prior to that, one person who seems to have at least said the magic words “open source” is Lyle Ball, who was the head of public relations at Caldera.

Back in 1996, he authored this “pre-internet” press release (distributed to “traditional” media outlets) announcing that the company would begin revealing the source code for OpenDOS (“via the internet”). Ransom Love, Caldera’s Vice President of Marketing and Sales, is quoted as saying that the company’s end users, development partners and OEMs “support our open-source technology direction.” 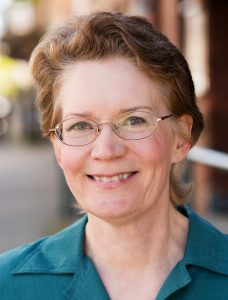 Later that same announcement specifies that DOS users will benefit from “the exchange of technical support that occurs between end users in an open-source development environment,” and uses the phrase a few more times, for example, announcing that Caldera “believes an open source code model benefits the industry in many ways.”

Would this qualify as the first use of “open source”?

To get an opinion from the open source community, I asked my old friend Rick Moen, a longtime system administrator and open source advocate in the San Francisco Bay Area, who sees a clear distinction. “Caldera’s 1996 OpenDOS product announcement, albeit very vague about specifics, very clearly implied OpenDOS would be released under proprietary licensing terms. All they meant by ‘open’ was that there would be public access to view (but not to fork, nor use for any purpose) the OpenDOS source code. In modern terminology, we call this viewable-source licensing (or similar formulations), to distinguish it from open source…”

“Never in a million years did Caldera intend to actually open-source either OpenLinux or OpenDOS. The entire business model rested on leveraging proprietary advantage,” he said. And he notes one great irony: that while the original code for OpenDOS has been passed from company to company for more than three decades, “it’s still proprietary code!”

It’s important to remember that, as one blogger points out,”Caldera is remembered today largely for becoming The SCO Group and being used by Microsoft to attack Linux (and indeed, Open Source itself)” — so Caldera itself is not necessarily considered as friendly to the larger open source movement.

The phrase meant something entirely different when it was formalized by the Open Source Initiative in 1998, Moen points out — including the ability to modify and redistribute code. “One thing that made OSI’s usage really stand out from the several known predecessors is that OSI made the term mean something specific, and laid down a very clear standard of identity (the Open Source Definition)…”

People often wonder whether a Usenet search would produce even earlier uses of the phrase Open Source — but Moen actually performed just such a search back in 2004. He found just 16 users of the phrase — 13 of which were meaningless code snippets like error("cannot open source file for input");

Of the remaining three:

I tried a similar search, and couldn’t find many more uses of the phrase “open source” — other than a 2003 message from a Usenet client that was apparently misconfigured to display its date as January 1st, 1997 — and more “false positives” like this code sample from 1994.

Although I did find a 1993 post on the Usenet group comp.os.ms-windows.programmer.win32, where Jerome (Jerry) Schneider complained that “Maybe for DOS or Windows, binary files were OK, but it would appear that NT programs without sources are of little use except for casual end users… Open Source is best for everyone in the long run.”

But these exceptions seem to prove the rule: that throughout the previous decade, the phrase clearly wasn’t in widespread use. And “viewable source code” clearly isn’t the same thing as the right to modify and re-distribute a valuable code base. 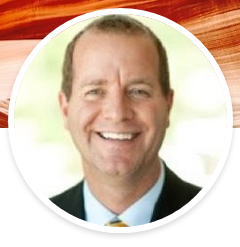 Still, it must’ve been interesting to be around when history was being made. Lyle Ball had joined Caldera in November of 1995, after graduating from Brigham Young University in 1993 with a B.A. in public relations and business communications. He stayed at Caldera until July 2001, and in a recently-published interview remembers his tenure at Caldera as an exciting time. “I literally had an unlimited budget to fund a small team of Caldera evangelists… We specifically taught the analysts houses (i.e. Gartner, Forrester) and media outlets (in all major markets and languages in North America, Europe and Asia.)… I personally worked with the organizers of COMDEX to create the ‘open source pavilion’.”

But when I contacted Ball to ask if those Open Source pavilions happened before 1998, he wasn’t sure. (“I’ve searched my archives, and I simply did not keep many things back in that era…and I lost a bunch in an unfortunate data before the state of ubiquitous back-ups.”)

Yet in his interview Ball also claims that when he joined Caldera in 1995, “we certainly used ‘open source’ broadly at that time.” It’s not clear if he simply means code-viewable software, but in the same interview Ball even claims that at the same time the phrase open source was also used “broadly” by Linus. (“I had dinner with Linus and his then-girlfriend Ute in Germany while he was still a student…”)

But in our email exchange, Torvalds counters that “I wouldn’t trust Lyle Ball’s recollection 100% about me… since my girlfriend-at-the-time (now wife) name was Tove, not Ute.”

“I may well have used the term ‘open source’,” Torvalds writes. “I disliked the term ‘free software’ both because of the politicization and polarization of the term by the FSF, but also simply because of the confusion with the word ‘free’ in English. In Swedish — my mother tongue — there is no such confusion: ‘free’ as in ‘no cost’ is ‘gratis’, while ‘free’ (‘freedom’) is ‘fri’ and there is never any ambiguity between the two.”

He also adds that “I was definitely not the only one who disliked the politics and the confusion.” 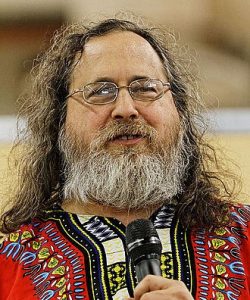 “The two terms describe almost the same category of software, but they stand for views based on fundamentally different values. Open source is a development methodology; free software is a social movement. For the free software movement, free software is an ethical imperative, essential respect for the users’ freedom. By contrast, the philosophy of open source considers issues in terms of how to make software ‘better’ — in a practical sense only… Most discussion of ‘open source’ pays no attention to right and wrong, only to popularity and success.”

In the 2001 documentary “RevolutionOS,” Eric Raymond counters that the problem with the phrase “free software” is the connotations it brings up for business executives. 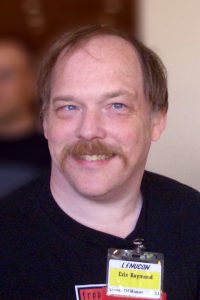 “If you’re lucky, the response you’ll get is something like ‘Hmm, free software — must be cheap, shoddy worthless’ And if you’re not lucky it has associations with the Free Software Foundation’s wholesale attack on intellectual property rights, which regardless of what you think about the ethics of that — it’s lousy marketing. It’s not something businesses want to hear.”

Muddling the discussion still further is the fact that the word “open” was already being used by major tech corporations in an entirely different context. Rick Moen remembers that Sun Microsystems “referred to its entire SunOS software ecosystem as ‘open computing’ on grounds that the network protocols and APIs were fully documented hence interoperable… The concept of ‘open systems’ as used as the basis for Sun Microsystems promotional material was actually quite a big deal… but certainly not at all the same as open source.”

Torvalds agrees: “I remember that one of my concerns about the use of ‘open source’ was not the name itself, but that ‘open’ had been such a buzzword in the IT community and that it was such an obvious name, and had baggage from all the other people who had used ‘Open’… all of these predate 1998: ‘Open Systems’, ‘X/Open’ (now the ‘Open Group’), ‘Open Software Foundation’ etc, and they were all about the Unix Wars. They were not about Linux and what we call ‘Open Source’.”

It’s possible to go back even further. In a comment on The New Stack, Mark Cathcart remembers that when he first started in IT back in 1974, you could view and even re-compile a vendor’s source code for use on a cheaper mainframe. “People were already depending on it, and defending their right to access source code,” he writes on his blog “Adventures in Systems Land,” calling it a clear antecedent to today’s Open Source movement.

But Torvalds stresses that the 1998 meeting should not be under-emphasized. “I think it’s a big deal when you consciously and intentionally agree to do something rather than some informal happenstance usage so that ‘early 1998’ was unquestionably very important.”

“I do remember that it actually took off pretty quickly once people had just agreed to use that term.”

SHARE THIS STORY
RELATED STORIES
Why Your Code Sucks: Common Excuses for Bad Programming Why 'Explainable AI' Can Benefit Business Java's James Gosling on Fame, Freedom, Failure Modes and Fun 2022 in Review: AI, IT Armies, and Poems about Food Platform Engineering Won’t Kill the DevOps Star
TNS owner Insight Partners is an investor in: The New Stack.
SHARE THIS STORY
RELATED STORIES
Snack Stack: Turning Winter Comfort Food up to 11 2022 in Review: AI, IT Armies, and Poems about Food It Happened to Me: How I Suddenly Owed AWS $13,000... Donald Knuth's 2022 'Christmas Tree' Lecture Is about Trees How to Get Started Filling 3.4 Million Cybersecurity Jobs
THE NEW STACK UPDATE A newsletter digest of the week’s most important stories & analyses.
The New stack does not sell your information or share it with unaffiliated third parties. By continuing, you agree to our Terms of Use and Privacy Policy.